The Chicago White Sox and Houston Astros prepare to face off in a Sunday night MLB matchup. 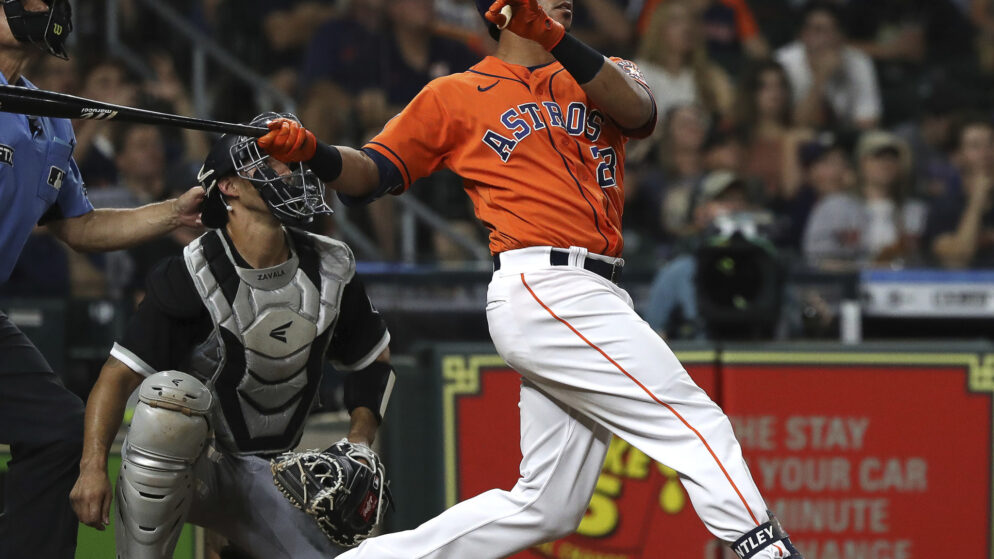 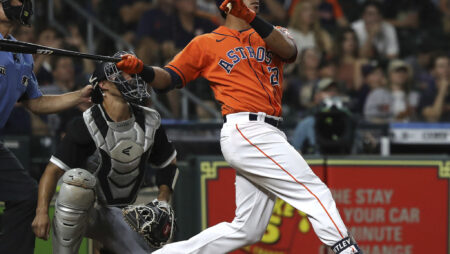 The Chicago White Sox (31-32) and Houston Astros (40-25) will go head-to-head on Sunday in the rubber match of their series.

Houston defeated Chicago on Friday in a 13-3 blowout victory. The White Sox rebounded with a convincing 7-0 win over the Astros on Saturday.

Although this series is even, it hasn’t been all that close. Both teams have absolutely dominated a game in this series. Perhaps Game Three will offer more balance.

The first pitch is scheduled for 7:08 P.M. EST on Sunday, June 19th, at Minute Maid Park in Houston, TX.

The White Sox are looking to get back to the .500 mark. It has been a struggle for the reigning AL Central champions. There is no question that they have not played up to expectations.

But this is still a team capable of winning ball games.

There was a time when Robert was considered the next Mike Trout. He had one of the highest prospect pedigrees in the minor leagues. However, he hasn’t met those expectations so far.

But if Robert can emerge as a superstar, the White Sox will be fine.

Andrew Vaughn added three hits as well. He is another important piece in the White Sox lineup.

Johnny Cueto went seven innings in the ball game. The veteran surrendered just two hits and allowed no runs. Cueto was a late offseason acquisition who has blossomed into a reliable starter in Chicago’s rotation.

Michael Kopech (2-2, 1.92) is the scheduled starter for Sunday’s affair. Kopech has been excellent this season and will look to lead the White Sox to a win.

The Astros hold a comfortable lead in the AL West. One has to question if they have a realistic sense of urgency given that the rest of their division has labored.

They played well on Friday but labored on Saturday. Houston tallied just three total hits on Saturday. Jose Altuve had two hits, while Alex Bregman posted a hit as well.

Despite the loss, Houston holds a nine-game lead over second-place Texas. The Angels and Mariners, who were expected to be the Astros’ most prominent competition this year, are 9.5 and 12 games back.

Christian Javier (3-3, 3.20) is the scheduled starter for Houston on Sunday. He has been an X-Factor in the rotation. His contributions have not gone unnoticed by the Astros, but most of the league tends to overlook Javier.

Houston will aim to earn the series win at home on Sunday.

How To Bet On: Chicago White Sox at Houston Astros MLB Betting lines

The Astros are the favorites in this one. Houston has been one of the best teams in MLB this year, while Chicago is third in the AL Central.

But the White Sox are a much more talented team than their record indicates. You can’t afford to take them for granted.

So can the White Sox upset the odds and earn the victory? Or will Houston cover at home?

The White Sox have upset potential. Michael Kopech has been a force on the mound, and their offense showed signs of life on Saturday.

But Houston is a difficult team to bet against at home. They find ways to win games. It doesn’t matter if the victory stems from a strong pitching performance and big offensive night; this is a team that gets the job done.

And we should expect that narrative to continue in this Sunday night matchup. However, expect a much more competitive ball game than Games One and Two of the series.

We should be in for a close and exciting MLB match, but it is hard to look past the Astros. Go ahead and roll with the Houston Astros -1.5 on Saturday night in Houston.

The Angels enter play as a road underdog. Seattle is rolling with ace Logan Gilbert. But I like the Angels as an underdog pick in this one.

Take a chance on the Halos.

The Guardians can upset the odds and win this series with a victory on Sunday. Andrew Heany is returning from injury, while Shane Bieber is the probable starter for Cleveland. Bieber should turn in a solid effort on the mound.

As long as Cleveland’s lineup produces enough offense, they should be able to pull off the upset.

I wanted to take the Blue Jays in this game. Home underdogs tend to cash often. But the Yankees appear to be unbeatable right now.

And their right-handed bats should feast on LHP Yusei Kikuchi. Meanwhile, Luis Severino has pitched well this season. Roll with the Yankees on Sunday.