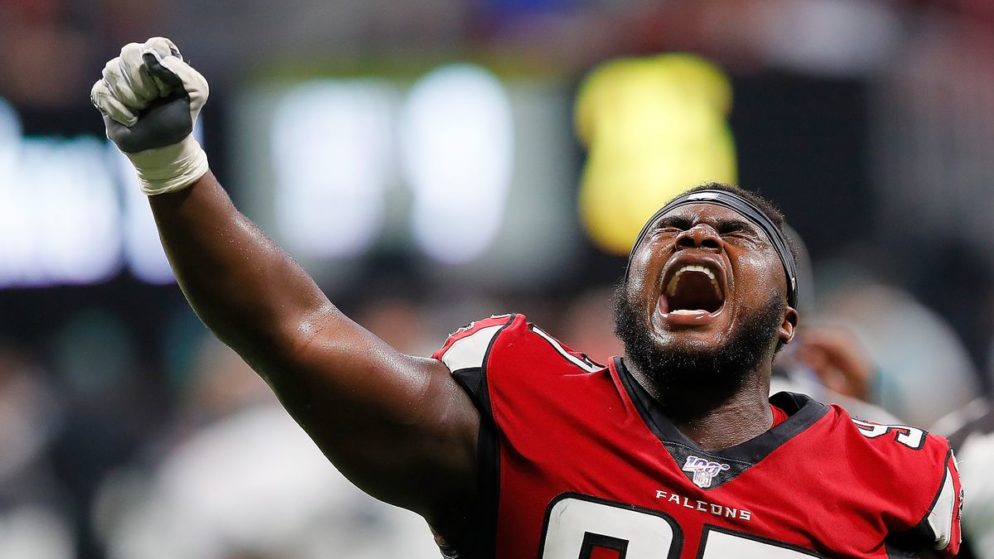 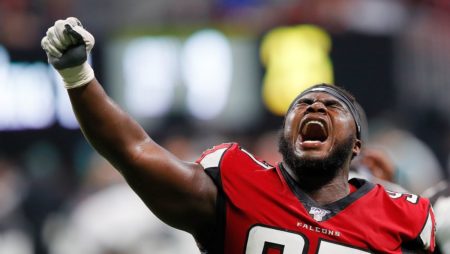 The 2020 season of the Atlanta Falcons could be summed up in just two games. In back-to-back weeks, Atlanta held 19, and 16-point second-half leads against Dallas and Chicago. The Falcons lost both of those games en route to an 0-5 start, which led to the removal of Head Coach Dan Quinn and General Manager Thomas Dimitroff.

When all was said and done, Atlanta finished with a 4-12 record and last in the NFC South.

According to BetUs, one of the Top Sportsbooks at Online Betting Sports, Atlanta’s 2021-22 win total has an over/under set at 7.5. Bettors taking the over will receive -125 odds, while those taking the under will have odds of -105.

Sticking With the Old Vet

All throughout the offseason, there were rumors of Matt Ryan being dealt and the Falcons selecting a quarterback with their Top 5 selection. Instead, Ryan was kept, the team drafted Kyle Pitts and dealt Julio Jones. Pitts has all the making to be a star in the league, and he could be just what Ryan needs.

Despite starting all 16 games last season, Ryan was not the reason for the 4-12 debacle. The veteran QB completed 65 percent of his passes for nearly 4,600 yards while tossing 26 touchdowns against just 11 picks. Ryan proved there is still plenty left in the tank, and with a star like Pitts, he could see even better numbers this season.

Can a Run Game be Established?

Last season, Atlanta took a flyer on Todd Gurley, and the former Georgia Bulldog did not pan out as expected. This season of the four backs listed on the Falcons’ current depth chart, only Qadree Ollison donned a Falcons uniform last season. Ollison carried the ball once for three yards in a loss to Carolina.

Speaking of Carolina, Mike Davis comes over to the Falcons as the projected top back after 642 yards and six scores for the Panthers last season. Do everything back Cordarrelle Patterson also is expected to get some reps this season after the last three years in Chicago, while rookie Javian Hawkins looks to break into the fold as well.

Ryan’s top target will once again be Calvin Ridley. Even with Jones on the team last season, Ridley became the obvious No. 1 as he hauled in 90 passes for just under 1,400 yards and nine scores. There’s no reason for those numbers to decline this season.

Russell Gage was a pleasant surprise with 72 receptions for 786 yards and four touchdowns last season, while former Baltimore tight end Hayden Hurst added 56 catches for 571 yards and six scores. Hurst’s numbers may take a slight hit this season with the addition of Pitts but shouldn’t be affected too much.

Can the Defense Step Up

As mentioned above, Ryan and the offense was not the reason for a last-place finish in the division last season. The Falcons finished 29th overall in total defense and gave up a league-worst 290 yards per game through the air. As is the case with most defenses, a key to improvement will be applying pressure to the quarterback.

Last season the Falcons’ defense came up with just 29 sacks for the season. Those numbers will need to improve to help the overall defensive numbers if the Falcons want to be competitive this season.

Atlanta opens the regular season at home vs. the Philadelphia Eagles. According to Bovada, another one of the top sportsbooks at Online Sports Betting, Atlanta opens as a 3.5 point favorite at home. Bettors picking the Falcons to cover the spread receive -110 odds, while those taking the home team on the Moneyline will have -200 odds.

Games at San Francisco (Week 15) and at Buffalo (Week 17) are the only two non-divisional games where the Falcons will be considerable underdogs. Overall, Atlanta has the third easiest schedule in the league, behind only the Cowboys and Eagles.

According to BetOnline, Atlanta has better odds at missing out on the playoffs at -230 than they do at making the playoffs at +190. If the team can get some help on the defensive side of the ball, playoffs may not be out of the question. As far as hitting the magic number of 7.5 wins for the season, the offense with Ryan, Ridley, and Pitts leading the way should be good enough to hit the mark. If Mike Davis can accept the role as the RB1, the offense could be even better.