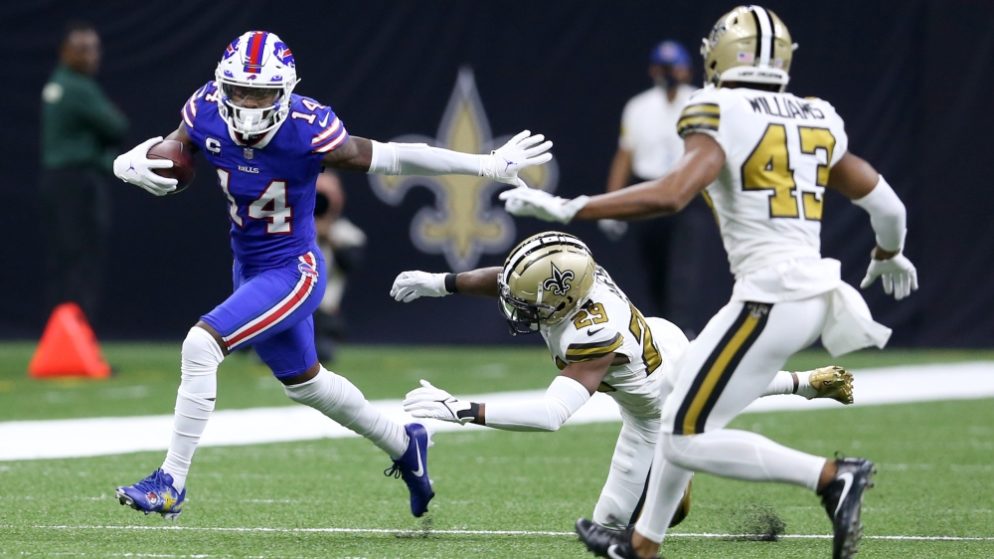 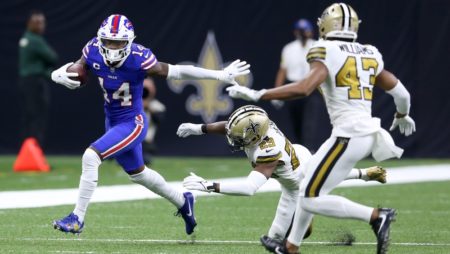 The New Orleans Saints (5-5) will host the Buffalo Bills (6-4) at the Superdome on Thanksgiving. Kickoff is scheduled for 8:20 PM EST.

Buffalo has dropped two of their past three contests, including losing in a rout to the Colts last week 41-15. The Bills need to rebound on Thursday if they want to cement themselves in the playoff picture.

The Saints have lost three games in a row and will be without star running back Alvin Kamara for a third straight week in this one. New Orleans needs someone else to step up if they want to avoid a fourth straight defeat.

The Buffalo Bills were projected to be one of the top teams in the NFL during the preseason. While they have not been a complete flop, Buffalo is just 6-4, and they have been far from dominant. Nonetheless, they find themselves just one-half game behind New England for the top spot in the AFC East.

Other than a 45 point explosion against the underwhelming Jets two weeks ago, the Bills offense has labored as of late. They scored just 15 points against the Colts last week and only posted 6 points in a loss to the Jaguars three weeks ago. One major issue has been turnovers.

They consistently coughed the ball up, which led to the loss last week against Indianapolis. Josh Allen and the offense will search for a way to limit those mistakes and take of the football in this game.

The Bills have a strong defense, and they should perform well against a short-handed Saints offense. Quarterback Jameis Winston is out for the season, and Alvin Kamara is expected to miss this game for New Orleans.

Kamara’s backup, Mark Ingram, is questionable for the game as well. If he ends up not being able to play, New Orleans would have to utilize their third and fourth options at tailback.

While the Bills were torched by Colts running back Jonathan Taylor last week, they should have zero issues dealing with his injury-riddled Saints attack.

We already discussed how the Saints are dealing with a multitude of injuries. They have lost three games in a row and truly need a victory to remain in playoff contention.

Their best hope in this game is to cause turnovers and utilize clock management to their advantage. By no means is New Orleans going to win a shootout against Buffalo, but if the defense can cause havoc while the offense takes care of the ball, they could surprise some people.

The Saints are not tremendous at limiting opponents through the air, so it will be imperative that they keep enough pressure on Josh Allen to force him out of the pocket. If you let him get comfortable and the passing game gets locked in, it will be a long day for New Orleans.

The Saints have plenty of questions at quarterback. While it appears that Taysom Hill is the long-term solution at the position, Trevor Siemian got the start last week following the injury to Jameis Winston. While it’s possible both players see action on Thursday, the Bills should have no trouble dealing with either one of them.

The Bills are 6-4 ATS this season. They are 4-4-1 ATS when favored by at least 3.5-points. Buffalo has gone over the total five times this season.

This year, the Bills average 29.5 points per game, while New Orleans allows 21.8 points per contest.

The Saints are 5-5 ATS this season. However, they are 2-0 when favored to lose by at least 3.5 points. New Orleans have hit the over six times in their games this year.

Betonline has the Bills as 6 point favorites and lists the moneyline at -255 for Buffalo.

BetUS also has Buffalo as 6 point favorites but has the moneyline set at -260.

If the Bills offense is clicking as we have seen in the past, they will easily hold up the spread. But if turnovers continue to be an issue, the 6 point spread may come into question.

How to Bet on: Buffalo Bills at New Orleans Saints NFL – Betting Lines

The Buffalo Bills are poised for a backup. Their devastating blowout loss to the Colts is still fresh, and they hope to put that game in the rearview with a strong outing on Thanksgiving.

While the majority of the discussion is destined to revolve around Allen and the offense, I believe the defense wants to make a statement.

This is a defensive unit that takes a lot of pride in what they do, and they were straight-up embarrassed in Week 11. They will come out with a load of tenacity and do everything in their power to halt the New Orleans offensive attack. Expect plenty of energy from the get-go and for Buffalo to make things extremely difficult on both the Saints passing and running games.

The spread was originally listed at around 3-4 points before Kamara was officially ruled out. It is unfortunate for New Orleans, but the harsh reality is that it is extremely difficult to compete without your original starting quarterback and running back in the picture.

I like Buffalo to win the game and cover the spread in this affair despite being on the road.

Pick up the best sports betting site, sign up and make your bet on the Buffalo Bills at New Orleans Saints NFL.