UFC Fight Night 212 is taking place in the UFC APEX in Las Vegas on October 15. Headlining the main card will be a women’s flyweight bout between Alexa Grasso (14-3) and Viviane Araujo (11-3).

This is a classic matchup between a Mexican boxer and a Brazilian grappler that will always be exciting in MMA.

BetOnline has Alexa Grasso as the betting favorite, with -225 odds. They also have Viviane Araujo at +190 in the underdog spot in this matchup. These are some of the best lines you can get for both fighters.

BetOnline also has over 30+ prop bets to check out on this matchup, including the over/under set at 4.5 rounds. Bet with me at BetOnline.

Since 2020, the underdogs in the UFC women’s flyweight division are hitting at a 39% clip. The under in rounds has almost an equal hit rate at around 39%.

Alexa Grasso is a very talented upcoming contender in the flyweight division. She has great boxing and mixes in her leg kicks, plus kicks to the body very well. Her struggles in the octagon have always been on the ground, but she has shown constant improvement over her last few fights.

With a big submission victory over Joanne Wood in her last appearance in the UFC octagon, this is a new aspect of her game that Araujo needs to worry about. Of course, their grappling skills are on two different levels, but it isn’t going to be easy for Araujo to dominate and take the fight to the ground on Saturday night.

This is the top contender-type fight that Grasso has been working towards for years now. With two impressive wins over great fighters in Maycee Barber and Wood, as mentioned, she is ready to fight with the best of the division. Araujo will give her a big test with a lot of pressure and grappling.

Her last fight was actually her first finish in the UFC. This is something that is common in the women’s lower weight divisions in MMA.

As the betting favorite for this matchup, Grasso still has some solid value, and adding her to a parlay is something to think about moving forward in your slate of picks for UFC Fight Night 212.

Araujo is a long-time martial artist with a lot of experience going up against very talented women. She has only dropped two fights in the UFC against greats Jessica Eye and Katlyn Chookagian.

She has only finished one opponent in the UFC, and that was in her debut back in May of 2019. This is another reason that the over 4.5 rounds looks very good in a lot of people’s eyes.

Grasso vs Araujo: Picks and Predictions

The moneyline is in favor of Alexa Grasso. With the odds being -220, there isn’t a ton of value in a pick for Grasso, even though she is my pick to win this fight. If she can defend takedown early and survive the first round or two, then by the later rounds, the two women will be sweaty, and it will be tough for Araujo to control Grasso on the ground.

Araujo has a lot of value as the underdog, and she can very well be able to dominate in the top position on the ground for all five rounds against a lower-level grappler like Grasso. Grasso has to have been making her ground game the main focus in this fight camp, though.

The over/under is set at 4.5 rounds. This is because of the trends mentioned above, with only 39% of the unders hitting in the women’s flyweight division. Both Grasso and Araujo have only one finish in the UFC, and it will be tough to see either one of them finishing the other on Saturday.

The over 4.5 rounds is a very good pick to make, because it just seems like a lock at this point in women’s main event fights. They start slow at first to make sure they have the conditioning to go five rounds, and they just don’t knock each other out as much in the lighter-weight classes.

Grasso is going to be able to weather the storm in the first round, and it is going to really damage the confidence that Araujo has in her grappling. When Grasso gets in her flow state, she is going to open up with kicks to the legs and body that will allow her to open up her hands.

Grasso is just too sharp in the striking game for Araujo to handle her for five rounds. She will most likely hurt Araujo at some point, but probably will not be able to finish off the tough Brazilian, as she will most likely shoot for a takedown and clinch when she is hurt.

This will be a decision victory for Alexa Grasso, probably 48-47 on the scorecards from the judges. Grasso will then earn a title eliminator fight in the flyweight division next.

Maybe a fight with Lauren Murphy or Jessica Andrade to see who gets a crack at Shevchenko next… Grasso is in a great position, since she is the only new blood that the champion hasn’t faced in the top 5.

The best bet for this matchup is going to be Grasso to win by decision at -125. You can get those odds at BetOnline right now. 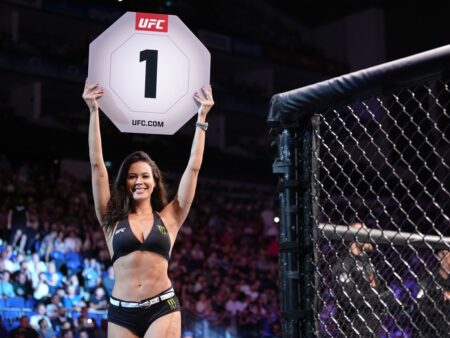 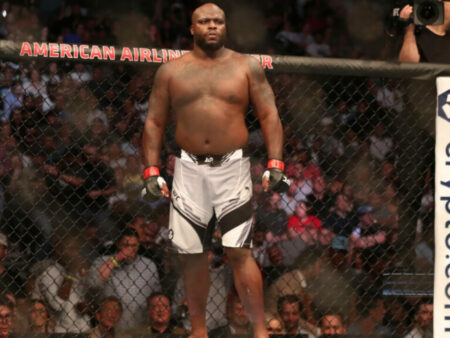