Thursday night was a great night for baseball. Over the last few years, MLB has taken a beating by the public when it comes to their overall decision-making.

The Covid-19 issues to begin last season, the controversy surrounding politics and the 2021 All-Star game, lack of media presence, and strange decisions by the league in many ways has kept the league in the news for all of the wrong reasons. There haven’t been many positive MLB headlines outside of a few star players.

Thursday night was the first night I can remember where everyone on social media was talking about baseball in August. The Field of Dreams game between the Yankees and White Sox was an all-time scene, incredibly well done by MLB, and the game only made everything that much sweeter.

If you didn’t tune in to the game, I’d suggest at least looking around for the intro and the 9th inning, as they were can’t miss events in their own rights. The White Sox came into this game in firm control of the AL Central and the Yankees cannot get out of their own way with a lineup that should be one of the best in baseball.

The Yankees are without half of their best players like Gleyber Torres, Gary Sanchez, Anthony Rizzo, Gerrit Cole, and more due to injuries and Covid-19. The AL East race has also picked up with the Yankees and Blue Jays getting hot. We will get into that race in a bit.

Field of Dreams Lives up to the Hype

The game was played at the Field of Dreams in Dyersville, Iowa. This field was meant for offense with short fences and a stadium that was shockingly boosted by high elevation in Iowa. Something that most people didn’t account for leading up to the matchup.

This game had all the fireworks that one would expect from a Field of Dreams game, and a handful of homeruns were the cherry on top.

The Yankees started Andrew Heaney, a recent pickup at the trade deadline. Heaney has struggled with the Yankees and this did not change in this game.

I expect Heaney to be out of the rotation sooner rather than later with the return of Cole, Jordan Montgomery, and Luis Severino and the emergence of Luis Gil in emergency duty. Heaney got early run support, but ended up getting bounced after 5 innings and 7 earned runs.

Lance Lynn entered the game with a 2.02 ERA and that was bumped up to 2.26 after 5 innings of 4 run ball vs. the powerful Yankees lineup.

A Storybook Ending to an Instant Classic

The game was stuck at 7 to 4 from the top of the 6th inning until the top of the ninth, where the Yankees managed to earn a baserunner who would later be driven in by an Aaron Judge homer. His second of the night and it was with 2 outs.

Joey Gallo proceeded to walk and Giancarlo Stanton hit another 2-run homer off of closer Liam Hendricks. The Yankees took an 8 to 7 lead.

That didn’t last long, as with 1 out in the bottom of the ninth, Tim Anderson hit a 2-run walk-off home run into the cornfield for a storybook ending to a classic and historic game.

The hype of this game was undeniable and must have been a surge to baseball media platforms everywhere.

The Rays are the favorite here, now boasting a 5 game lead vs. the struggling Red Sox. They are 7 games over the Yankees and 7.5 over the Jays. That being said, I still like a sprinkle on the Yankees in this division, as this team could be absolutely loaded in 10 days.

A rotation of Cole, Severino, Montgomery, Taillon, and Kluber (or switch one out for Gil) and a lineup that could project as the best lineup ever with a WRC+ projection of 127. 1 better than the 2017 Astros and the 1927 Yankees lineups.

I think we could live in a world where the Yankees are favorites in about 90% of their games by this time next week and that is a fun sweat at +700.

The Phillies, Mets, and Braves are all clumped up at the top of the division with just 1 game separating them. I don’t have a strong preference for a bet here, but I’d likely lean towards the Phillies because they seem to be hitting their stride and have good balance.

This race is fascinating because we are looking at a situation where one of the Padres or Dodgers could miss the playoffs with the Giants playing spoiler. The Padres are 9 back and the Dodgers are 5 back of the Giants, who have sneakily been the best team in baseball this year.

I think that when all things are said and done, the Padres and Dodgers are better than the Giants. They will brute force their way to the playoffs. I expect the Dodgers to win the division at -130 and the Padres to see the Giants in the wildcard game.
If you could get a longshot bet on the Giants to not make the divisional series, that would definitely interest me.

Bet like a pro with our Sports Betting Picks, Betting Analysis and In Depth Gambling Site Reviews. MLB Races and Field of Dreams Hype at Online Betting Sports 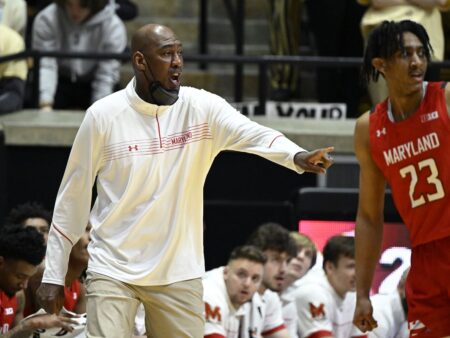