The 2021 WNBA season has been a blast as things continue to wind ahead. A deserving team will lift the title and be able to do so with fans in attendance, which is great after the bubble season.

The race to the top is a close one, and it will be intriguing to see who ultimately comes out on top when all is said and done. And so, with that being said, let’s look at which teams have the best chances of winning it all, according to the sportsbook oddsmakers.

It is very hard to bet against the Aces, who have become an elite team within a few years of starting out in the league. That’s what happens when you have the first pick three out of four years and can use everything you have to bring in another talent right off the bat.

A’ja Wilson has become a star pretty quickly after dominating in college at South Carolina for several years. The team now sits at 20-8, atop the West. Liz Cambage is a beast on the boards and as a rim protector. The Aussie has continued to thrive in the role the team has given her in the middle.

Kelsey Plum has a good candidate for sixth woman of the year, averaging nearly 14 points and four assists off the pine. The team has as much depth as any in the league and is looking like they will be very tough to beat. When all is said and done, the Aces could well be the champs.

Sure, Seattle has been in a bit of a funk of late. But turning it around is a pretty small feat when you have the roster they do. They will be able to go on a winning streak over the final weeks and secure some positive momentum for themselves before it becomes a win-or-go-home situation. It sneaks up fast.

Breanna Stewart is averaging 21 and 11 with three assists and two blocks per contest. She is hitting 44% of her shots and 33% of a high volume of threes. She is a two-way threat every time up and down the court and is the secret ingredient to making things flow with the Storm.

Sue Bird is 40 years old and making 42% of her threes while dishing more than five assists per game. She is logging 28 minutes a game and proving she still has so much left in the tank. And, of course, Jewell Loyd is making most of the jumpers she has been firing up.

When push comes to shove, the Storm will be hard to knock off their perch. But, could they win it all? Maybe, just maybe. Stewart is a champ at all levels already.

The best team by record in the WNBA, the Suns, have been incredible this year. The only professional team in all of CT, they have proven themselves. At 21-6, rarely have they had an off night. DeWanna Bonner and Jonquel Jones have both been beasting all year long.

The two of them, plus Brionna Jones, have combined to average nearly 50 points per game. They only get 29 ppg from the rest of the team, but it hasn’t been an issue yet. They have the #1 scoring defense in the WNBA and have continued to defend incredibly tight.

Jones has a legitimate case for MVP, averaging 20-11-3-1.4-1.1. She is making 53% of her shots and 38% of her threes. She and Tina Charles will both be in the final discussion for the award, but if winning is a large factor, it is Jonquel’s to lose.

Look out for the Sun. A tough team to beat in the postseason that’s ahead. 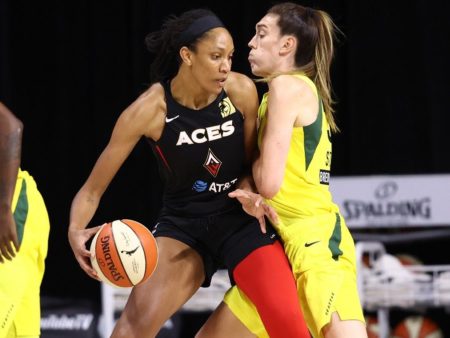