The Argentinians still have work to do after taking just three points from a possible six. The Poles lead the way in Group C with four points to their name.

The winners of this one will book their place in the Round of 16 in Qatar. Who will come out on top at Stadium 974 in Doha? Check out our World Cup predictions and the latest Poland vs Argentina odds in this in-depth betting preview.

Poland and Argentina meet in a straight shootout for a place in the last 16 of the 2022 FIFA World Cup. The Poles will go through as group winners with a win, while a draw would also do the trick for the European side.

A draw might be enough for Argentina, but Lionel Scaloni will want all three points to make completely sure. This vital World Cup Group C fixture will take place at 2:00 PM EST at Stadium 974 in Qatar’s capital.

Poland have been very solid in this World Cup so far, keeping two clean sheets and collecting four points from a possible six.

The Poles head into this one in fine form, winning three and drawing one of their last four. During that run, they have scored four and conceded none. Poland are priced as high as +800 to win this, while the draw is available at +333.

Argentina have not been at their best in Qatar so far. Their shock defeat to Saudi Arabia on matchday one ended a 36-game unbeaten streak.

Scaloni’s side bounced back with a vital victory over the Mexicans in game two, with skipper Lionel Messi opening the scoring in the 2-0 success. Argentina are the strong favorites to win again here at -250.

Poland’s form at the 2022 World Cup has been solid so far. In a tough group with the likes of Argentina and Mexico, not many would have them down to qualify, but the European outfit are just one positive result away from reaching the last 16.

The Poles kicked off their tournament with a solid draw with Mexico at Stadium 974 in Doha. Robert Lewandowski missed a late penalty, but it was still a point well gained for Michniewicz’s men.

The White and Reds were the favorites going into their second game against Saudi Arabia, even though the Saudis had just beaten Argentina. Piotr Zielinski opened the scoring at Education City Stadium, and Lewandowski added a second late on.

Poland sit top of Group C after two games, a point above both Argentina and Saudi Arabia and three points ahead of bottom side Mexico. However, all four nations still have the chance to qualify on the final day.

Three points will guarantee the top spot, while a draw would be enough to take Poland through to the Round of 16. It will be the Eagles’ first appearance in the knockout stage of the World Cup since they reached the Round of 16 back in 1986.

Argentina went into this World Cup as one of the favorites to lift the trophy. Before the Saudi game, the Argentinians were on an astonishing 36-game unbeaten run, winning 26 and drawing ten.

Those stats just made the Saudi Arabia defeat even more incredible. Scaloni’s troops were the overwhelming favorites heading in, and Messi gave them a tenth-minute lead from the spot. However, Saudi Arabia scored two goals early on in the second period and held on for a famous win.

Argentina went into their second match of the competition against Mexico, looking to bounce back with a win. They were once again not at their best, but magician Messi fired in an opener just after the hour mark. Later on, Enzo Fernandez added a second.

The pre-tournament excitement surrounding this talented Argentina team has evaporated, but the South American giants are more than capable of turning things around and going all the way in Qatar. Here are the latest Poland vs Argentina odds.

Poland have looked good in Qatar up until now, but this will no doubt be their toughest challenge yet. According to the live Poland vs Argentina odds, the bookies are not giving the Poles much of a chance in this one.

The Argentinians are looking to continue their revival with three points in Doha. It will not be easy, but Argentina should get the job done.

This promises to be an entertaining World Cup matchup at the stunning Stadium 974, and we fancy both sides to get on the scoresheet. Check out the tempting betting odds of +300 for Argentina to win and both teams to score. 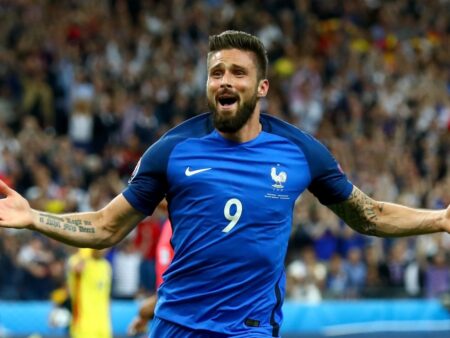