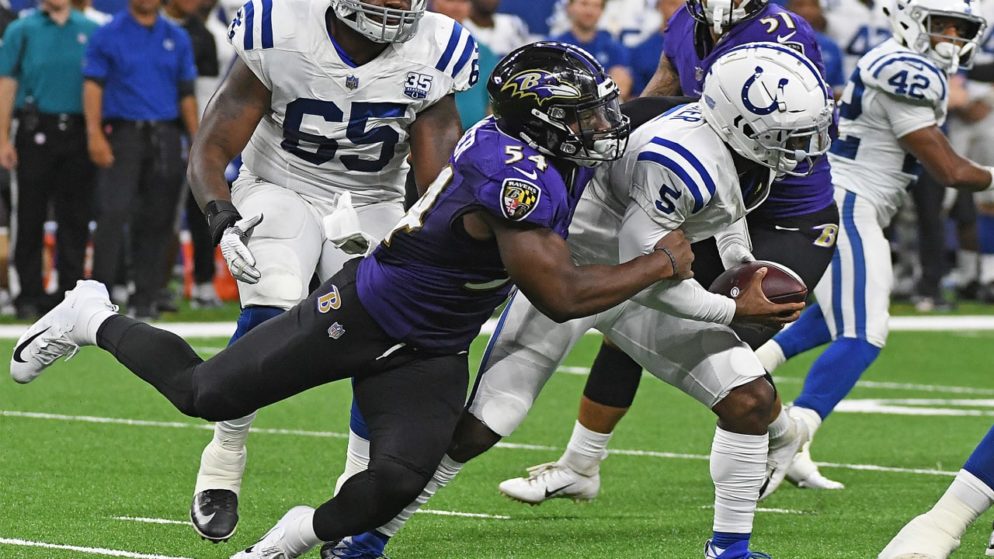 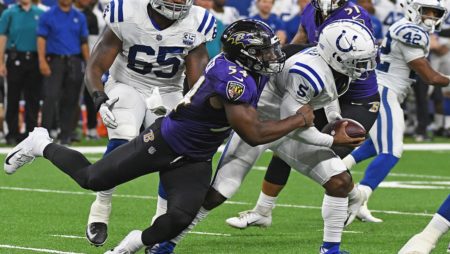 Football historians won’t be able to help but see the significance in Monday’s game between the Baltimore Ravens and Indianapolis Colts. The Colts, who spent their formidable years in Baltimore, are now returning to their former home to face the current residents of Charm City. Coming off their first win of the season last week, the Colts will be eager to get back on the field and earn a second straight win.

As mentioned, the Colts got their first win of the season last week after starting the season with three consecutive losses. In Indy’s defense, there’s little shame in losing to the Seahawks, Rams, and Titans. However, losing two games at home and only beating a Miami team that was playing with a backup quarterback doesn’t inspire a lot of confidence in the Colts.

The Ravens, on the other hand, have a lot more momentum heading into Week 5. Baltimore lost its season opener to the Raiders but responded with three straight wins over the Chiefs, Lions, and Broncos. Of course, they were fortunate that Justin Tucker’s record-setting field goal allowed them to avoid disaster in Detroit, although the Ravens were impressive in wins over the Chiefs and Broncos.

There’s been no surprise in how the Ravens have gotten to 3-1, as they’re a top-10 offense with most of their yards coming on the ground. As expected, Lamar Jackson is the team’s leading rusher, although the Ravens have a trio of veteran running backs who are also capable of getting the job done. In the passing game, Jackson could be more efficient, already throwing three interceptions this season, although Sammy Watkins and Marquise Brown give the Baltimore offense a more explosive look.

Defensively, the Ravens have started to come around over the last two weeks after giving up over 30 points in each of the first two weeks. To be fair, they’ve faced the Lions and a Denver team playing with a backup quarterback for most of the game, which explains some of their success over the last two weeks. Plus, there are some early question marks about the team’s pass rush and ability to create takeaways.

Clearly, Carson Wentz and the Colts took a positive step forward in last week’s win over Miami. But Wentz still has a lot to prove with his new team, as his performances have been inconsistent at best through the first month of the season. The good news for Indianapolis is Jonathan Taylor gives them a running back who they can lean on as long as they’ll be able to keep the game close.

Of course, it’s the job of the Indianapolis defense to keep the Colts close and not put too much pressure on Wentz. They’ve conceded 24.3 points per game through four weeks despite facing teams with plenty of star power on offense, including the Rams and Tennessee running back Derrick Henry. Of course, facing Jackson this week won’t be any easier for the Colts, who are already dealing with some injuries on the back end.

While the Ravens are undoubtedly the better team, last week was the first time this season that they won by a comfortable margin. With the Colts having a capable running game and a solid defense, Baltimore could have a difficult time pulling away in this game. That means the best bet is to take the Colts to beat the spread.