The Bills and Buccaneers face off in Tampa on Sunday. Make sure to stay tuned for more betting picks and betting previews! 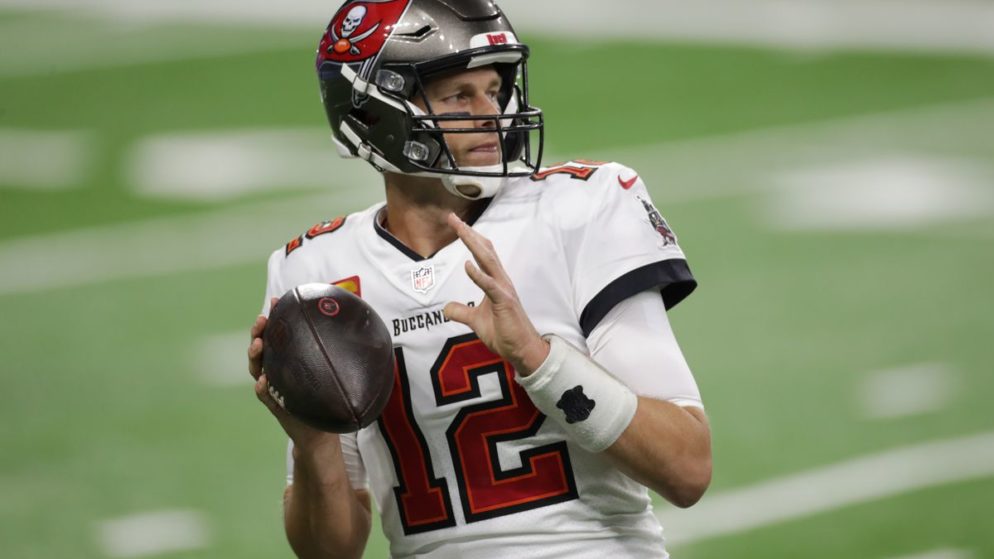 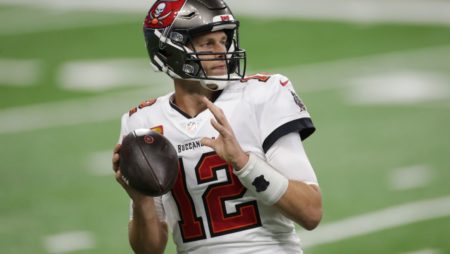 The Buffalo Bills (7-5) and Tampa Bay Buccaneers (9-3) will battle on Sunday, December 12th, at Raymond James Stadium in Tampa, Florida. Kickoff is scheduled for 4:25 P.M. EST.

On the other side, the Bills dropped a heartbreaking divisional matchup against the Patriots by a final score of 14-10. Buffalo has won just two of their last five games. However, they enter Sunday second in the AFC East behind New England.

This matchup features two of the best offenses in the NFL, so we may be in store for plenty of fireworks on Sunday in Tampa.

Buffalo has been impressive in rebound games with a 5-0-1 ATS record over their last six games following an ATS loss. They are also 4-0-1 SU in their last five games after a loss. The over is 6-0 when the Bills are underdogs.

Buffalo is 5-1 ATS in their last six matchups when favored to lose.

Tampa Bay is 4-0 ATS in their last four games when favored to win at home. The Buccaneers are 5-2 ATS when facing opponents with a winning record. The Bucs are also 4-0 ATS over their past four home affairs.

The Buffalo Bills suffered a brutal loss in horrid conditions at home last week. While Buffalo preferred Josh Allen to still throw the ball despite the extreme wind, New England had Mac Jones only throw the football three times en route to the 14-10 victory.

While having your quarterback only throw the football a total of three times may seem bizarre, it paid off for Bill Belichick and the Patriots.

But the Bills need to shake the loss off. It was always going to be difficult to win in those conditions. But the weather should be fine in Tampa tomorrow, so Allen and offense should be back to their productive ways.

For the season, Allen has thrown for over 3,200 yards with 26 touchdowns. He is an elite talent who has seen a few inconsistencies this year. Nonetheless, expect Allen to bounce back after going just 15-30 with 145 yards a week ago.

The Bills offense ranks fifth in the league in points per game. While their rushing game has been mediocre, Buffalo ranks eighth in passing yards per game.

This is undoubtedly a quality offense. But the defense has been the backbone for the Bills in 2021.

This defensive unit ranks second in points allowed per game, first in total yards allowed per game and third in overall interceptions for good measure. The Bills are excellent against the pass, so watching Tom Brady and the Buffalo defense go head-to-head should be entertaining.

Tampa Bay has played well over the past few weeks. Tom Brady is once again having a marvelous season, as showcased by his 3,771 passing yards and 34 touchdowns. The future Hall-of-Famer is clearly still at the top of his game despite being in his mid 40’s.

Leonard Fournette has been underrated in the backfield for the Bucs as well. The running back has totaled 665 yards on the ground, along with seven touchdowns.

Brady and Fournette have led the Buccaneers to an NFL-leading 31.4 points per game. They also rank second in total yards per contest.

The Tampa defense has been rather up and down throughout the season. On the one hand, they rank just 16th in points surrendered per game and 20th in passing yards allowed per game. On the other hand, the Bucs allow only 84.33 rushing yards per game which is good for second overall in the league.

They also rank fourth in sacks. So while Allen may be in store for a good game, he is going to feel the pressure from the Buccaneer’s impressive defensive line.

Betonline has the Buccaneers listed as 3.5-point favorites for Sunday’s affair.

BetUS also lists the Bucs as 3.5-point favorites against the Bills.

How To Bet On: Bills vs Buccaneers Betting lines

The Bills and Buccaneers may be the best game on the NFL Sunday slate. While Cleveland vs Baltimore and Cincinnati vs San Francisco should be competitive, the game of the day is going down in Tampa Bay.

The Buccaneers are the obvious favorites in this game for a few reasons.

First off, they have played well as of late. Secondly, Buffalo has been undeniably shaky over the past couple of months. And to cap it off, the Bucs have home-field advantage.

But this is a good Buffalo Bills team. Their defense could cause serious havoc for Brady and co. while Allen might be able to torch the Tampa Bay secondary.

Expect Allen and the Bills to jump out to a hot start and go into halftime with a lead. However, then look for Tom Brady to do Tom Brady things and lead the Buccaneers to a late victory.

I am rolling with Tampa Bay on Sunday.

Bet the Bucks to have no issues on the road and cover the spread.

In what figures to be a competitive game, take the Spurs -2.5.

Bet on Stanford to get the win on Sunday.

Bet Florida to emerge victorious on the road.

Look for the Rangers to cover the spread at home.