The Cleveland Guardians and Los Angeles Dodgers prepare to face off in a Saturday night MLB matchup. 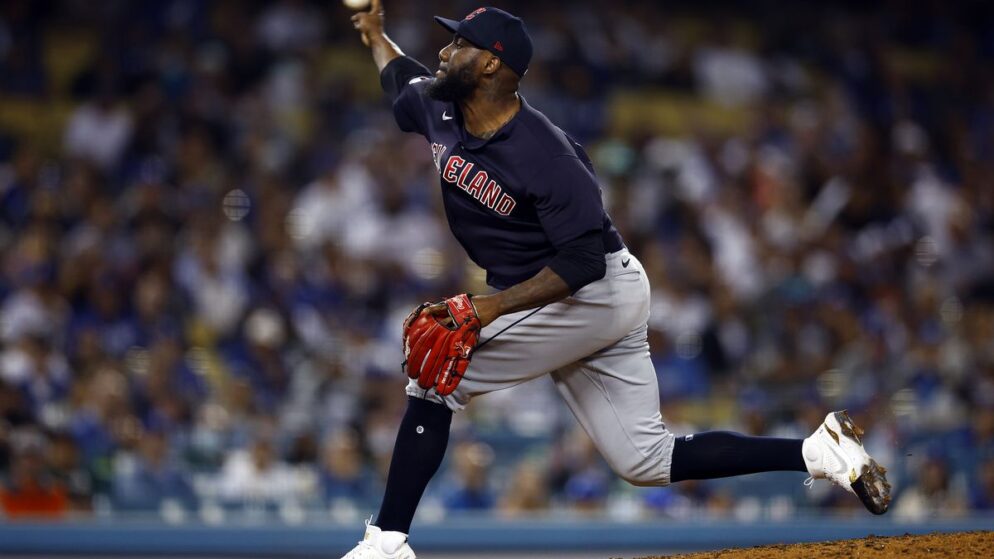 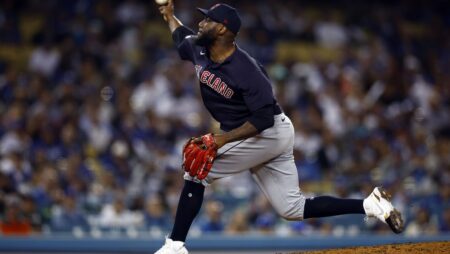 The Cleveland Guardians (33-27) and Los Angeles Dodgers (39-24) will face off in an interleague matchup on Saturday.

The Guardians swept the Rockies over the week and are playing an inspired brand of baseball as of late. Cleveland upset LA last night in a 2-1 victory and will aim to win their sixth consecutive game on Saturday.

Meanwhile, LA has endured a fairly lackluster month of June. They were able to sweep the Angels this week, but this is a Cleveland team playing much better baseball.

The first pitch is scheduled for 7:15 P.M. EST on Saturday, June 18th, at Dodger Stadium in Los Angeles, CA.

The Cleveland Guardians took care of business in LA last night and are now one of the hottest teams in all of baseball. They are currently in the midst of a five-game winning streak, and their west coast road trip can already be considered a successful one. The Guardians swept the Rockies over the week and are now guaranteed to leave the west coast with a winning trip.

Cleveland got the job done with pitching and defense last night. They scored their two runs on sacrifice flies. Zach Plesac was far from dominant but escaped a number of jams.

Their strong defensive narrative took a hit in the ninth when right fielder Oscar Gonzales dropped a routine fly ball, placing runs at the corners for the Dodgers. But reliever Anthony Gose worked out of trouble, and Cleveland went on to win in extra innings.

The most impressive aspect of last night’s game was that Cleveland looked like they belonged. The Guardians had mediocre expectations from the outside world prior to the season. But they are now just a game back of the Twins in the AL Central.

Cal Quantrill (4-3, 3.38) will start for Cleveland on Saturday. The right-hander has been one of the X-Factors for the Guardians this season and will aim to maneuver through the Dodgers’ deep lineup.

If Cleveland can win on Saturday, they would clinch this series on the road.

The Dodgers haven’t played up to their expectations as of late. They now trail the Padres in the NL West as a result.

Los Angeles scored just one measly run against Plesac and Cleveland last night. The run came via a solo shot off the bat of Cody Bellinger early in the contest. Los Angeles went on to strand a number of runners in scoring position and labored against the Guardians bullpen.

Justin Turner and Max Muncy are both struggling mightily, which has left the offense searching for answers. Meanwhile, Mookie Betts is considered day-to-day with an injury. However, Betts is getting an official diagnosis later today, and an IL stint is possible.

In the long run, this is a Dodgers team that is going to be fine. They have arguably the deepest roster in the big leagues. But they aren’t at full strength and have looked beatable over the past few weeks.

Julio Urias (3-6, 2.80) is the scheduled starter for the Dodgers on Saturday. Urias has pitched well once again in 2022 and will look to take care of business against Cleveland on Saturday.

How To Bet On: Cleveland Guardians at Los Angeles Dodgers MLB Betting lines

The Dodgers are the home favorites in this matchup. But the Guardians have played an impressive brand of ball as of late. However, Los Angeles features one of the best rosters in ML despite their recent struggles and injury concerns.

Saturday’s game projects to be a competitive contest. The Guardians’ strong pitching should keep them in the game. Their decent offense could cause LA problems as well.

But should you risk placing your money on the underdog Guardians in this one?

We should be in for a close and interesting MLB bout, but the Dodgers are too good of a team to look past. Sure, Cleveland was a massive underdog in Game One and upset the odds. And that same thing could happen on Saturday.

But Urias is an ace-caliber pitcher and is going to pitch well on Saturday. Meanwhile, the offense is due for a bounce-back performance. LA should get the job done in this one.

Go ahead and roll with the Los Angeles Dodgers -1.5 on Saturday night in LA.

The Astros should be able to cover the spread at home against an underachieving White Sox. Despite their recent strong play, the White Sox have been a difficult team to trust in 2022. Roll with Houston on Saturday.

Milwaukee’s recent struggles may have some betting against them. But go ahead and take the Brew Crew in this Saturday matchup against Cincinnati. Their pitching should be able to carry them to a victory.