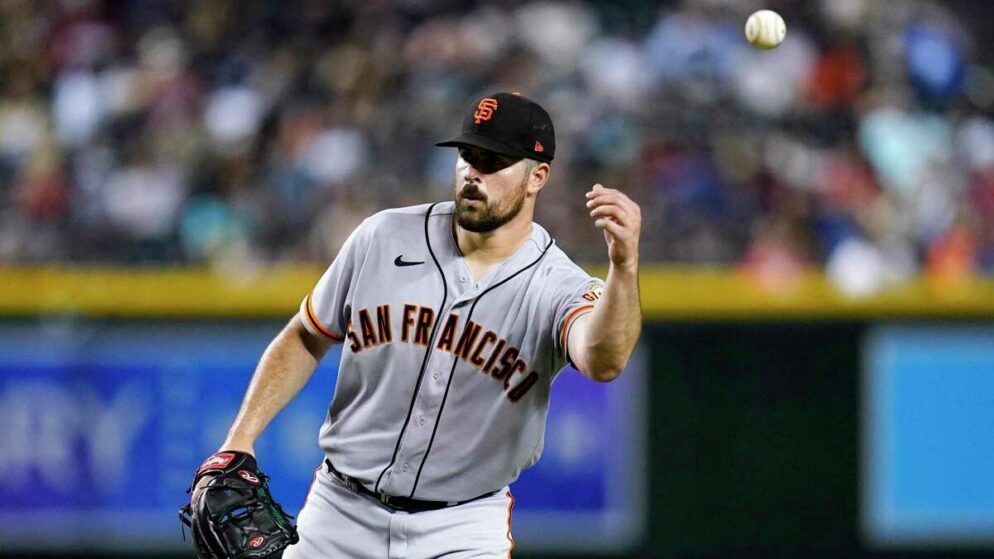 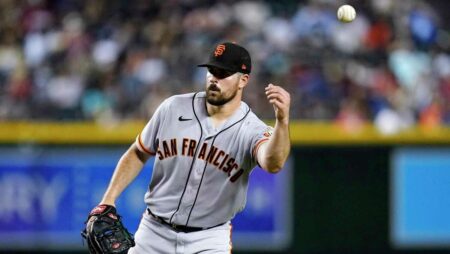 The Giants lead this four-game series 2-1 heading into Game Four. The Giants took Game One 4-2, but Chicago won Game Two by a final score of also 4-2. San Francisco rebounded on Saturday with a 5-4 Game Three victory.

The Giants can clinch the series and get back to the .500 mark on the season with a win. However, Chicago wouldn’t mind a road split if they can earn the win.

This MLB matchup should be a good one.

The first pitch is scheduled for 7:08 P.M. EST on Sunday, July 31st, at Oracle Park in San Francisco, CA. We should be in for a close and exciting MLB match!

The Cubs have endured a difficult season. With that being said, this is a really good team against the run line when playing as an underdog. So they feature upset potential. Chicago has also won three of their last five games overall.

So despite their overall lackluster performance, they are playing better baseball than usual right now.

The offense has been mediocre, while the pitching has been bad.

Adrian Sampson (0-1, 3.20) has been a bright spot on the pitching staff this year. Granted, his success has come in limited action. But he’s been productive when on the mound and could lead Chicago to an upset on Sunday night.

Chicago will aim to earn a series split in this Sunday Night Baseball contest.

The Giants owned the best record in MLB last season. This year, they are under .500 with the trade deadline two days away and are expected to sell. And one player who could be on the trade block is starting tonight.

Carlos Rodon (8-6, 3.18) is rumored to be in trade discussions. The left-hander has enjoyed an All-Star campaign and would be a tremendous fit for any potential suitor. So it is possible that he doesn’t even pitch in this game if a trade comes to fruition.

But for now, Rodon is San Francisco’s scheduled starter.

Overall, the Giants have won three of two of their past five games. But they lead this series 2-1.

How To Bet On: Chicago Cubs at San Francisco Giants MLB Betting lines

Even if a sportsbook was considering making the Cubs road favorites in this one, that thought would be quickly erased given the pitching matchup. Sure, Adrian Sampson has been solid in limited work. But Carlos Rodon is an All-Star pitcher more than capable of leading the Giants to a win.

And the Cubs have their own potential trades to worry about. Catcher Wilson Contreras and OF/INF Ian Happ are both expected to be traded ahead of the deadline.

So trade rumors certainly are surrounding this game. But we will assume that each team will stay intact, at least for this Sunday night affair.

So the Cubs have covered the run line in two of three games. They are one of the best teams in terms of covering when playing as an underdog. So are they worth taking as the betting pick in this game?

In the end, I like rolling with the Giants as the favorites. San Francisco has a ball club full of players who excel under the bright lights. With this game being nationally televised, I expect SF to play a quality brand of baseball.

Go ahead and take the San Francisco Giants -1.5 as your Sunday Night Baseball betting pick.

Dane Dunning and Reid Detmers are going to square off in this Sunday affair. The Angels should be able to take care of business. Yes, they have been a difficult team to trust this season.

But I like their chances of covering as the home team against Texas. Take the Angels in this one.

Dylan Budy and Sean Manaea prepare to square off in San Diego. The Padres hold an advantage in the pitching matchup and should be in line to get the win on Sunday.

San Diego has impressed as of late. Look for the Padres to get this victory. With that being said, expect a competitive and potentially high-scoring ball game.