The Boston Red Sox and New York Yankees prepare to face off in a Sunday MLB matchup. 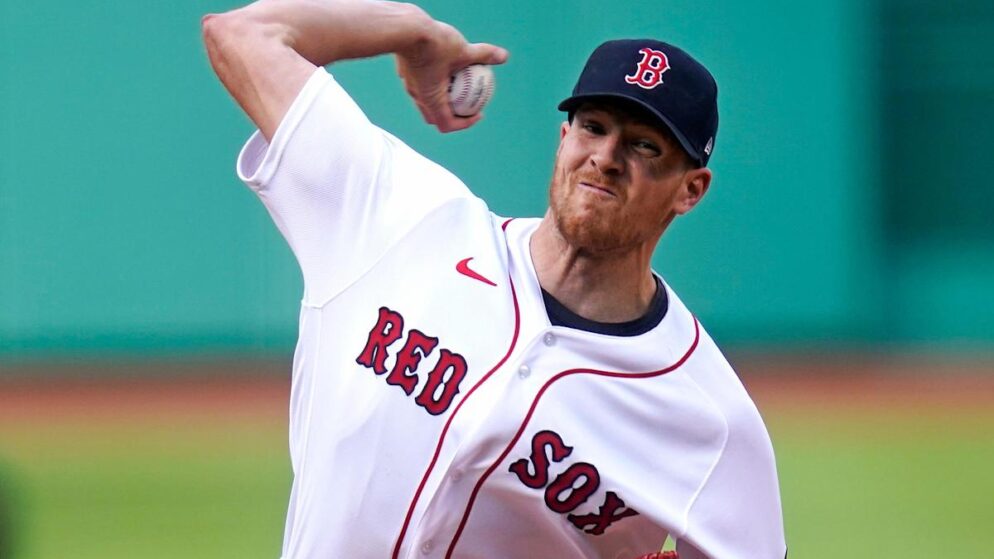 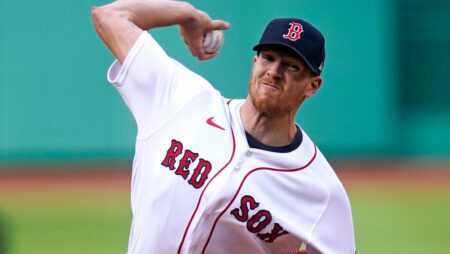 The Red Sox took Game One, but the Yankees came roaring back with a massacre 14-1 victory in Game Two. Both of these teams are hungry for one last win before the All-Star break. We should expect competitive baseball on Sunday.

The first pitch is scheduled for 1:35 PM EST at Yankee Stadium in New York.

The Red Sox have labored over the past couple of weeks. Boston is just 3-7 during that span. As a result, they sit in fourth place in the extremely crowded AL East division.

The Red Sox did earn a strong 5-4 win in Game One on Friday against New York. Boston fans were ecstatic given the fact that the team won on the road in the Bronx. But the Yankees shut them up with a 14-1 win on Saturday.

Nick Pivetta, who has pitched fairly well in 2022, surrendered seven earned runs in 4.1 innings pitched on Saturday. The bullpen went on to endure its own share of struggles in the embarrassing defeat.

But the Red Sox can erase that memory with a win on Sunday.

The Red Sox are sending LHP Chris Sale to the mound in this game. The left-hander has battled back from injuries and is ready to return.

Boston’s offense will aim to give him run support. They are third in batting average, ninth in OBP, eighth in slugging, and sixth in total runs scored. So this is a lineup more than capable of carrying the team to a win.

The Yankees have been playing a mediocre brand of baseball as of late. The team is 5-5 over its last ten but still owns a commanding lead in the AL East.

But seeing New York fail to consistently win games for any stretch of time is strange.

This lineup is lethal when firing on all cylinders. Their combination of star power and depth is unparalleled throughout MLB. And those stats certainly support that claim.

Despite being 13th in batting average, the Yankees are second in OBP, second in slugging percentage, first in home runs, and first in runs scored. This team gets on base, scores runs and hits a bunch of homers.

And that is a recipe for success.

But they also pitch well. Gerrit Cole (8-2, 3.05) will start for New York in this Sunday afternoon affair. Cole is an all-star but won’t pitch in the Midsummer Classic since he’s throwing today.

The Yankees will try to earn another win on Sunday.

The Red Sox have plenty of motivation to upset the odds in this one. Boston trails New York by a landslide in the AL East. Sending a pre-All-Star game message would benefit the Red Sox without question.

But it won’t be an easy task. Going up against Gerrit Cole and the Yankees in New York is difficult. However, the Red Sox are used to playing in the Bronx.

So which team should you place your money on?

I don’t know what to expect from Chris Sale. There is a realistic chance that he struggles on Sunday. And even if he doesn’t struggle, the odds of him working deep into the game are slim.

OBS Betting Picks for Boston Red Sox at New York Yankees
This has the potential to be a good game. But in the end, the Yankees should be able to uphold the spread.

Go ahead and roll with the New York Yankees -1.5 in this Sunday MLB affair.

Veteran Corey Kluber is on the mound for Tampa Bay in this one. He is not the same pitcher he once was, but Kluber should be able to pitch well against Baltimore’s young lineup. I am banking on his veteran prowess on the mound.

Despite losing yesterday’s game, the Brewers covered the run line. These are two teams that tend to pitch well, so another competitive low-scoring game may occur once again. So the Brewers will have a strong chance of covering regardless of the outcome.

We have to have at least one underdog pick on here! Go ahead and take a chance on the home underdog Rangers in this ball game.