The Las Vegas Raiders and Los Angeles Chargers prepare to face off in a Sunday NFL matchup. 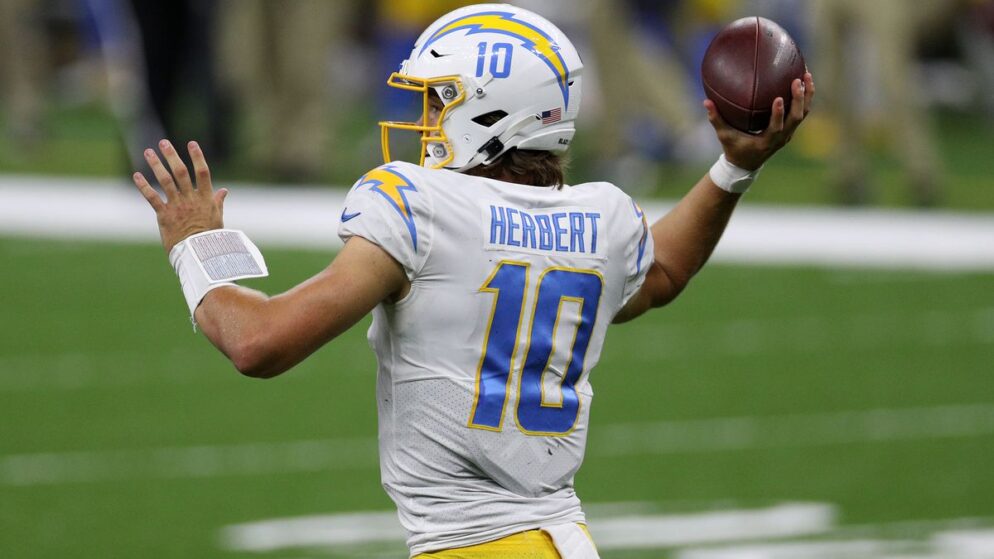 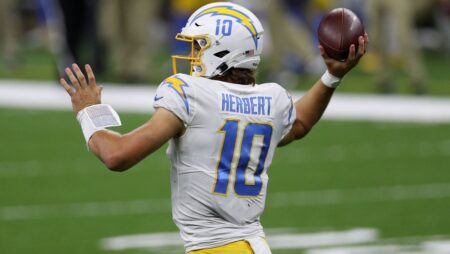 The Las Vegas Raiders and Los Angeles Chargers will go head-to-head on Sunday in LA in their season opener.

Both the Raiders and Chargers had strong seasons last year. In fact, they both entered the final game of the year with a shot at the playoffs. Las Vegas ultimately earned a win in what was an incredibly exciting game.

The Chargers will look to earn revenge to open the 2022 campaign. The Chargers and Raiders both have high hopes for the 2022 NFL season.

The first pitch is scheduled for 4:25 P.M. EST on Sunday at SoFi Stadium in Los Angeles, CA.

The Raiders enjoyed an overall strong season last year. It didn’t end on the best note, but they fought hard and displayed potential.

And Las Vegas expects to be even better this season.

They still have some questions from a defense standpoint. Players such as Maxx Crosby are back and ready to roll. However, it is unclear how good this defensive unit will be.

It should hold up enough to provide Las Vegas with an opportunity to win. But the inconsistencies are concerning.

Offensively, the Raiders added Davante Adams over the offseason. Adams, who was Aaron Rodgers’s favorite target in Green Bay with the Packers, has prior experience with Derek Carr. Adams may be in store for a fantastic season with the Raiders in 2022.

Las Vegas also extended tight end Darren Waller. Waller may perform better than he would have given his newly found contract certainty.

Derek Carr has continued to improve and is learning how to truly lead a team in the NFL. He’s always had the talent, but the developing football IQ will benefit him extremely well down the road.

This is a Raiders team that should not be taken lightly. They are bound to post even better results after their strong 2021 performance.

But can they upset the Chargers on the road?

The Chargers have an explosive offense. The defense has its ups and downs, but their scoring unit is capable of posting a lop-sided number in any given affair.

Austin Ekeler is one of the NFL’s best running backs, while Justin Herbert is turning into a top-tier QB. Many people have Herbert ranked within the top five overall quarterbacks entering 2022.

And there is a chance that Herbert emerges as the clear-cut No. 1 option this season. He features QB poise beyond his years to go along with jaw-dropping natural talent.

Los Angeles shouldn’t have much trouble putting points on the board at home against the Raiders. The real concern stems from the defense.

Again, the Chargers don’t have a bad defense by any means. But it may have trouble containing Derek Carr, Davante Adams, and the rest of Las Vegas’ offense. As a result, we may be in store for a shootout on Sunday in LA.

Let’s take a look at the betting odds and predictions for this Week 1 matchup between the Raiders and the Chargers.

Which team should you place your money on in this game? Will the Chargers cover the spread at home to open the season, or can the Raiders pull off the upset?

It is always an entertaining brand of football when these teams square off. Their high-powered offenses are both more than capable of getting the job done.

The result of this game will be decided by whichever team makes enough big plays and stops. We know that they are both going to score points. But if one of these defenses can rise above and show some containment ability, that will go a long way in deciding the outcome of this contest.

In the end, I like the Chargers in this game. Justin Herbert is turning into a player who is worth relying on. And the talent of Austin Ekeler in the backfield helps matters.

The Chargers are worth taking a shot on in this Sunday afternoon affair in Southern California.
OBS Betting Picks for Las Vegas Raiders at Los Angeles Chargers

Go ahead and take the Los Angeles Chargers -3.5 with your Sunday NFL betting selection.

This also projects to be a great game between two strong teams. The Cowboys’ home crowd is going to cause havoc for the Buccaneers. But betting against Tom Brady is always a risky proposition.

Take the Buccaneers as the road favorite in this one.

The Packers were originally 1-point favorites. However, this is now a Pick ’em game, meaning that the spread is canceled out and whichever team you roll with simply needs to win the game.

The Vikings have a high-powered offense. But the Packers still have a good offense led by Aaron Rodgers to go with an improved defense. Green Bay should be able to pull out a competitive victory in this game.

Slots Paradise
5.0 rating
Slots Paradise casino is a new casino, but the operators are fantastic. It will soon be a big name in the betting industry committed to offering quality games to its players.
Online Betting Sports: The #1 stop for sports betting online. Using state of the art Las Vegas Odds Betting Lines for major sports including: NFL Football, NBA Basketball, Baseball, Hockey, Soccer, Tennis and much more.