The Denver Broncos and Las Vegas Raiders battle on Sunday in a must-win affair. 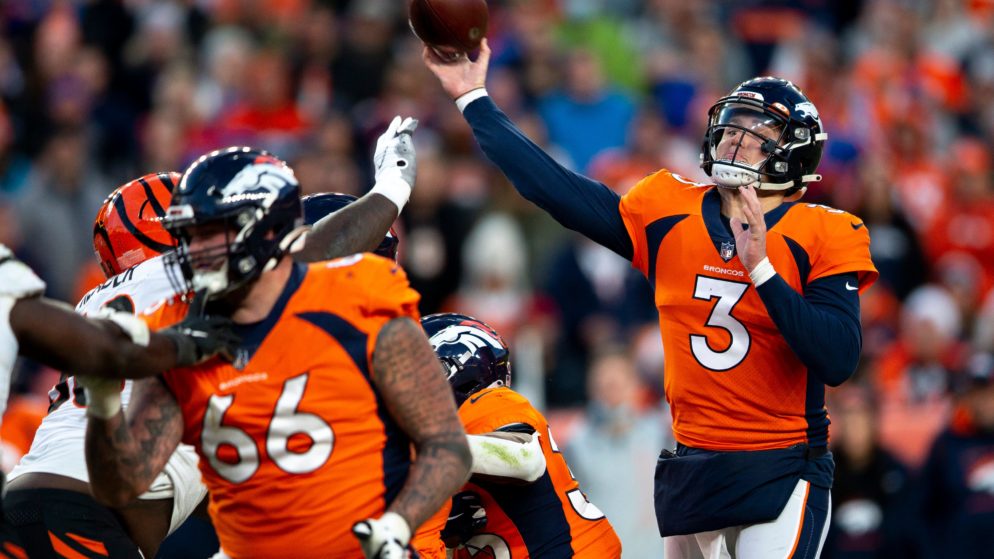 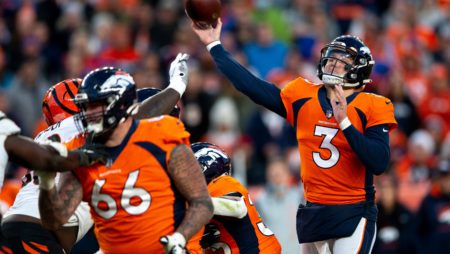 On Sunday, the Denver Broncos (7-7) and Las Vegas Raiders (7-7) faceoff in an AFC West showdown at Allegiant Stadium in Las Vegas, Nevada. Kickoff is scheduled for 1:25 P.M. PST.

The Broncos enter Sunday after a difficult 15-10 loss against the Cincinnati Bengals. The Raiders won a crucial matchup against the Cleveland Browns last week.

Both teams are currently just outside of the Wild Card conversation. However, they could inch closer with a win on Sunday. The loser of this game will likely be eliminated from postseason contention.

So with their seasons hanging in the balance, let’s break down this important affair.

This game is destined to come down to the wire. It will certainly be a close betting matchup as well.

The Raiders are 18th in scoring while Denver ranks 21st in points per game. Both teams feature effective offenses that are utilized in different manners.

Las Vegas features a passing attack that ranks second in total yards per game with a mark of 297.3. Quarterback Derek Carr recently eclipsed the 4,000 passing yard mark and now stands at 4,162 yards through the air heading into Sunday’s contest. The QB has also thrown 19 touchdown passes compared to 11 interceptions.

Wide receiver Hunter Renfrow has been terrific as a consistent target for Carr. He has garnered 909 yards to go along with five touchdowns and 89 receptions. Tight end Darren Waller has been effective as well, but he is doubtful to start due to both a back and knee injury.

The Raiders running game has been less impressive, to say the least. They produce 85.6 rushing yards per contest, which ranks 29th in the NFL. Josh Jacobs is the team’s leading rusher with 548 yards to his credit.

Las Vegas’s defense has been a disaster from the standpoint of allowing points. They rank 30th with 26.7 points allowed per game. The Raiders struggle to cause much havoc and allow opposing quarterbacks plenty of time in the pocket, while opposing running backs seem to be able to find openings often.

Meanwhile, Denver leans on their running game and defensive unit.

The rushing attack is led by Javonte Williams, who has 815 yards on the ground to go along with three touchdowns. However, Melvin Gordon III leads Denver with seven touchdowns. Although, he has only produced 769 rushing yards.

Together, this running back duo has combined to rank eighth in the NFL in rushing yards per contest.

On the other hand, Denver’s passing game has been rather lackluster. They rank 19th in passing yards per game with 234.2. To make matters worse, starting quarterback Teddy Bridgewater is out due to concussion protocol making Drew Lock the starter for Sunday’s game.

While Bridgewater has been far from incredible under center for the Broncos this season, he has performed decent enough to help the team win games.

But the defense has been the real bread and butter for Denver. The Broncos allow just 17.4 points per game which is good for second in the league. They also rank fifth in total yards allowed per contest.

Derek Carr and the Raiders offense will have their work cut out for them against this stingy defensive unit.

Betonline lists this game as a pick ’em’ game with neither team holding an advantage.

But BetUS favors the Broncos by 1 point in this contest.

Any way you slice it, this is going to be a competitive game throughout.

How To Bet On: Denver Broncos at Las Vegas Raiders Betting lines

The Denver Broncos and Las Vegas Raiders both need a win on Sunday. But only one of them can emerge victorious in this divisional matchup. So who ends up on top?

The old saying is defense wins championships. I’m not sure this Broncos team is headed towards a Super Bowl, but the defense might be the deciding factor in this game.

While the scoring could be tough to come by given the injury to Teddy Bridgewater, the Denver running game should do enough to post some points. The Bronco defense should be able to take care of the rest and lead Denver to the road win.

Derek Carr has performed admirably in clutch situations over the course of his career. But the Broncos should do enough to disrupt the Raider offense.

Expect the Denver Broncos to pick up the win in Las Vegas on Sunday.

Take the Denver Broncos -1 with your betting selection.

Take the Rams on the road in this contest.

Look for the Patriots to stand their ground at home against Buffalo.

Expect the Falcons to defeat the Lions in this one.

Look for the Jets to earn the win at home.

The Seahawks should be able to overcome their season-long struggles and win this game.