The Grizzlies and Mavericks face off on Sunday in Dallas. 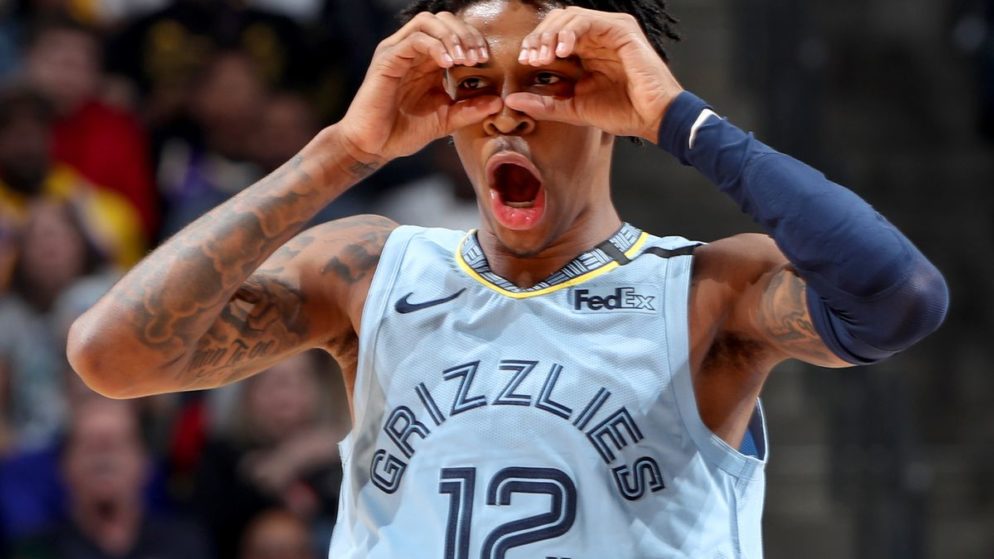 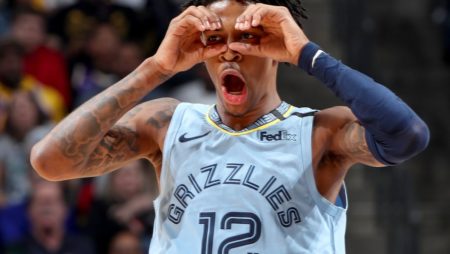 The Memphis Grizzlies travel to Dallas to take on the Mavericks in a Western Conference showdown on Sunday.

The Grizzlies bounced back from a loss against the Bucks with a 122-118 victory over the Denver Nuggets. Memphis continues to play well as they are 8-2 in their last ten contests and are right on the heels of the second-place Warriors in the Western Conference standings.

Dallas has rebounded from a lackluster beginning to their season and are also 8-2 over their last ten games. The Mavs were recently defeated by Phoenix during their last time on the court, but they are now fifth in the West.

The Mavericks and Grizzlies have both been two of the hottest teams over the past couple of weeks.

Potential MVP candidates Luka Doncic and Ja Morant have enjoyed similar seasons from a statistical standpoint. Doncic has posted averages of 25.2 points, 8.7 assists, and 8.8 rebounds, while Morant is averaging 25.1 points, 6.9 assists, and 5.8 rebounds per game.

Watching these young superstars will be worth the price of admission alone.

Tip-off is scheduled for 7:30 P.M. EST at the American Airlines Center in Dallas, TX.

The Grizzlies upset a 3.5 point spread in a road win over Denver on Friday.

Morant was unbelievable yet again with 38 points, six rebounds, six assists, and two steals for good measure. His combination of intensity and skill help to energize the Grizzlies on an every game basis. He offers more than just empty statlines, as Morant is a true heart and soul type of player.

De’Anthony Melton was excellent off the bench with 21 points and nine rebounds. Jaren Jackson Jr. scored 20, and Ziaire Williams scored 17 while both added five rebounds.

It was a very efficient night on offense for the Grizz.

Morant’s 15-26 shooting from the field led to a 52.4 percent field goal percentage for Memphis. Five different players made two three-pointers, and the team as a whole shot 44 percent from beyond the arc.

The Grizzlies did turn the ball over 15 times while only dishing out 19 total assists. But they out-rebounded Denver 48-37, including a 13-10 advantage on the offensive glass.

They will look for more efficient shooting and rebounding against Dallas on Sunday.

The Mavericks were defeated by the first-place Phoenix Suns on Thursday.

Luka Doncic was brilliant as usual, as he posted 28 points to go along with eight rebounds and eight assists.

Kristaps Porzingis had a quality double-double with 18 points and 11 rebounds while blocking two shots. Jalen Brunson contributed 19 points and five rebounds as well.

To make matters worse, they were only able to force seven Phoenix turnovers.

The Mavericks will look to clean up their turnovers and find the bottom of the net on a more consistent basis at home against Memphis on Sunday.

Dallas is favored by a narrow spread across the board. But Memphis has been excellent when playing the underdog role, so counting them out is always a difficult thing to do.

How To Bet On: Memphis Grizzlies at Dallas Mavericks NBA Betting lines

Can the Mavericks cover a 4 point spread at home against Memphis?

Looking at recent games is a challenging way to pick a winner on Sunday since both Dallas and Memphis are playing at home. But Dallas had one 3-0 during their current homestand before the recent loss against Phoenix. More importantly, the Mavericks defeated the Grizzlies in Memphis in convincing fashion on January 14th, winning by a final tally of 112-85.

Although the Grizzlies have played well over the past two weeks, they are just 2-2 over the course of their past four games.

So while a Memphis upset certainly would not be a shocking result, rolling with the Mavericks is the way to go in this Western Conference Sunday night affair.

We should be in for an exciting match! Bet on the Dallas Mavericks -4!

I like the Rams as an upset pick against Tampa Bay at home on Sunday afternoon.

Staying true to the upset theme, take the Bills on the road in Kansas City in this playoff contest.

The Wizards should be able to earn the victory on their home floor. Take the +1.50 points!

Expect Miami to cover at home against the Lakers on Sunday.