The Golden State Warriors and Phoenix Suns battle on Christmas Day for first place in the West. 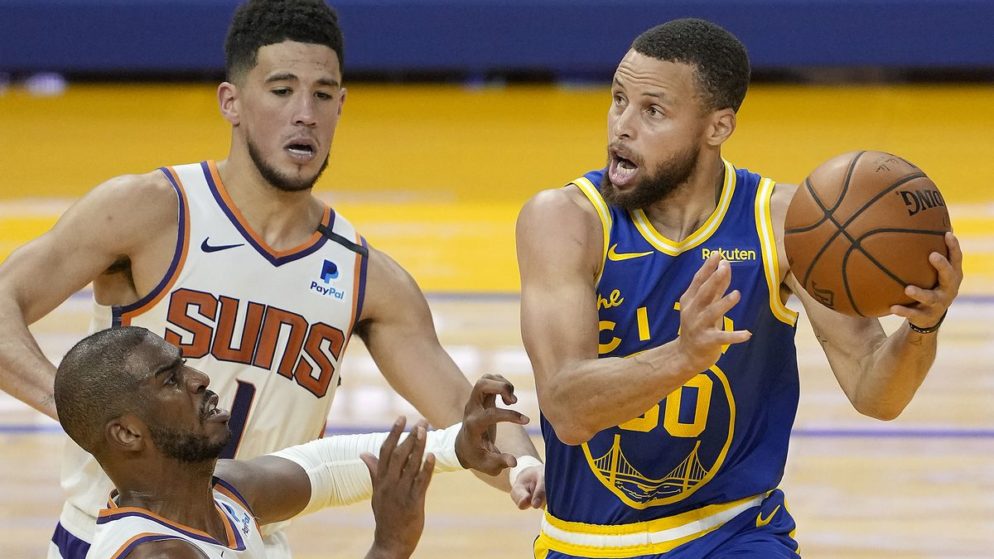 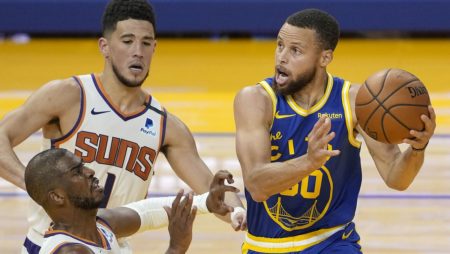 The top two teams in the NBA prepare to battle on Christmas Day as the Golden State Warriors (26-6) travel to Phoenix to take on the Suns (26-5) at the Footprint Center in Phoenix, AZ. Tip-off is scheduled for 2:00 P.M. PST.

The Warriors have won two consecutive games, including a solid victory over the jumpstart Memphis Grizzlies on Thursday. Golden State enters play on Saturday just one-half game behind Phoenix in the Western Conference standings.

The Suns are in the midst of a five-game winning streak heading into Saturday. They have been rolling as of late and will look to continue their strong play against Golden State.

This is bound to be one of the most exciting Christmas Day matchups we have seen in quite some time. It will also likely be the best game on Christmas Day this year.

Many of the games on the Christmas Day slate are missing stars due to injuries or covid protocols. Stars such as Luka Doncic, Trae Young, Kevin Durant, and others are expected to be inactive on Saturday. So this is the one game that projects to have the majority of the stars on the court between both teams.

The Warriors and Suns are two of the most exciting teams to watch in the NBA. Both offenses feature a team-oriented style of play while the defenses excel at causing havoc.

Although the Warriors have a complicated and messy strategy, they seem to always end up finding shot opportunities. Phoenix displays a more structured approach that utilizes pick-and-rolls to find their scoring opportunities.

But there is not much debate that both approaches have worked so far during the 2021-2022 campaign.

There were rumors and stirrings about a potential Klay Thompson return on Christmas Day for Golden State; however, it now appears as if Thompson will be returning in mid-January. Thompson’s return would have been very beneficial for the Warriors on Saturday as they currently have four players in health and safety protocols, including; Andrew Wiggins, Jordan Poole, Damion Lee, and Moses Moody.

On the bright side, Golden State still has their stars in Steph Curry, and Draymond Green is expected to suit up on Saturday afternoon. Curry was incredible in Thursday’s victory over Memphis as the point guard posted 46 points while shooting 8-14 from beyond the arc. There is no question that Curry can take over any game when he is in his zone.

Gary Payton II added 22 points in the game, while Draymond Green was consistent across the board as usual with eight points, three blocks, two steals, nine assists, and five rebounds.

The Warriors will need similar performances from each of these players if they truly hope to upset Phoenix. We may see a more aggressive approach on offense from Draymond Green with Wiggins and Poole out as well.

The Suns were led by their big three in their recent win over Oklahoma City.

Devin Booker led the Suns with 30 points to go along with seven assists and seven rebounds. Chris Paul had 16 points, three steals, and seven assists, while DeAndre Ayton posted a double-double with 19 points and 12 rebounds. Cameron Johnson contributed 21 points off of the bench as well.

Phoenix’s combination of star power and depth is what has led to their impressive success this season.

Both Phoenix and Golden State rank within the top five in points scored per game, assists per game, and steals per game. Expect a ton of scoring, ball movement, and aggressive defense in this contest.

Betonline has the Suns listed as 6-point favorites entering Saturday.

BetUS favors Phoenix by 6.5 points over Golden State at home.

How To Bet On: Golden State Warriors at Phoenix Suns Betting lines

The Phoenix Suns have both the advantage of home court and having access to a healthier roster. But disregarding the Warriors is never a great idea. This matchup is still going to come down to the wire.

Take the Phoenix Suns -6.5 with your betting selection.

Expect New York to take down Atlanta without Trae Young.

Take the Bucks at home in this contest.

Look for the Lakers to snap their current losing streak against the limited Nets.

Take the Packers at home in this one.

I like the Colts to upset Arizona on the road.