The Nets and Warriors battle on Saturday in San Francisco. 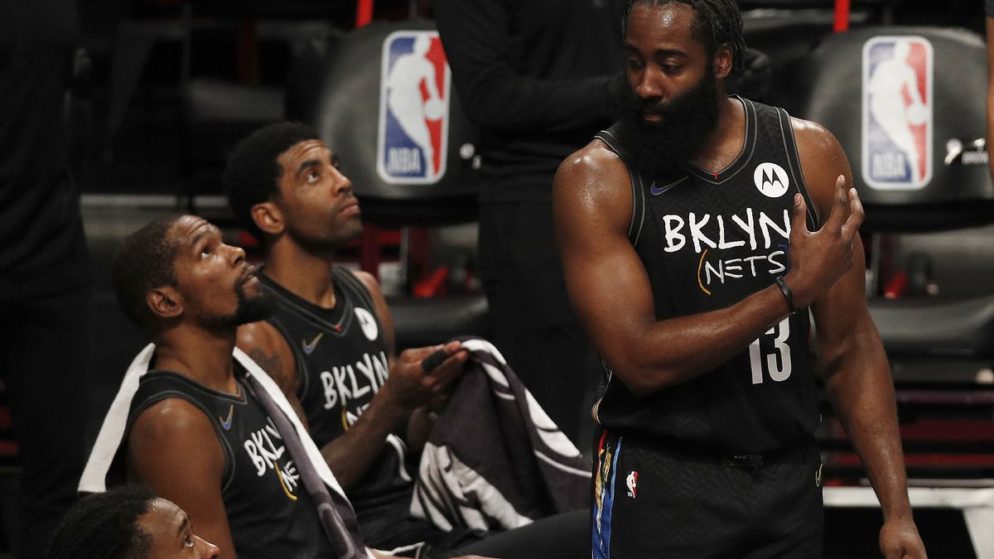 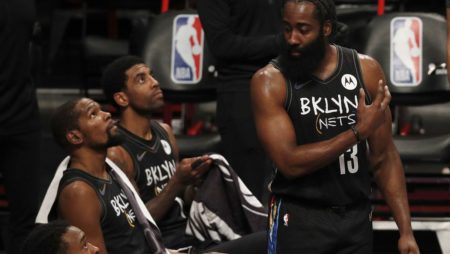 The Best Bets for Saturday, January 29

The Brooklyn Nets (29-19) head to San Francisco to take on the Golden State Warriors (36-13) in a Saturday night NBA matchup.

Brooklyn enters Saturday’s action mired in the midst of a three-game losing streak, two of which came on their home court. They will look to jump back in the win column with Kyrie Irving back in action after losing back-to-back games against the Lakers and Nuggets in Brooklyn.

Meanwhile, Golden State is trending in a completely opposite direction. The Warriors have won four games in a row, including a recent 124-115 victory over the Timberwolves in their last time out. They will look to make it five wins in a row on Saturday.

The Warriors covered a six-point spread in their last home contest against the Timberwolves on Thursday, winning by a final score of 124-115.

The Splash Brothers played well in the victory as Steph Curry, and Klay Thompson combined for 11 three-pointers in the game. The most encouraging statistic between both players was their efficiency, as they went 11-19 (57.8 percent) from beyond the arc.

But Thompson and Curry might have found a couple of other Splash Bros in this game, as Andrew Wiggins nailed five shots from deep and Jordan Poole added three more as well.

Overall, the Warriors went 21-36 (58.3 percent) from three-point land. Additionally, they shot 53.7 percent from the field in what truly was a highly-efficient game from a scoring perspective.

However, they did turn the ball over 18 times. While their 31 assists help make up for their sloppy play in that regard, 18 is simply too much. But their long-range shooting bailed them out against Minnesota.

Golden State will look to reel in the turnovers and keep shooting at an elite rate against Brooklyn to cap off their current homestand.

The Nets are looking to get back on track. They are a better team away from home right now because of the fact that Kyrie can’t play in Brooklyn, and Kevin Durant is injured. As good as James Harden is, he can’t carry the team all by himself.

But even Harden was unavailable in the Nets last game against Denver due to a hamstring ailment. But he is expected to return to the rotation on Saturday against the Warriors.

One player who impressed in the loss against the Nuggets was Cameron Thomas. With Brooklyn lacking scoring threats due to their big three all sitting out, Thomas stepped up in a bench role and scored 25 on 8-14 shooting from the field and 4-6 shooting from deep.

The Nets would absolutely love a similar effort on Saturday.

Brooklyn will look to upset the odds in this affair as Irving and Harden prepare to return to the lineup.

As expected, the Warriors are the general favorites across the board. Bovada displays the most confidence in Golden State with a clean seven-point spread. MyBookie keeps the door open a bit more for Brooklyn with the six-point spread, with the other three sportsbooks all landing right at 6.5.

Brooklyn will have a chance for an upset with two of their three stars re-joining the team on Saturday. But defeating the Warriors on their home floor would be difficult even if Kevin Durant was active.

How To Bet On: Brooklyn Nets at Golden State Warriors Betting lines

The Warriors’ three-point shooting prowess and split-action offense should allow them to score at least 110 points, and probably more if we are being honest. This game will be decided by how well Brooklyn is able to score the basketball.

I like the Warriors to emerge victorious in this matchup, although the spread may be a bit high. I would lead towards the six-point spread, according to MyBookie.

Bet on the Golden State Warriors to cover the spread!

Take the Celtics on the road on Saturday.

Expect the impressive Memphis Grizzlies to cover the spread at home.

In what should be an entertaining Eastern Conference matchup, I like Miami to cover on their home floor.

In what may be a more difficult matchup than anticipated, go ahead and take Duke on the road.

Baylor should be in line to cover as a road favorite against Alabama.