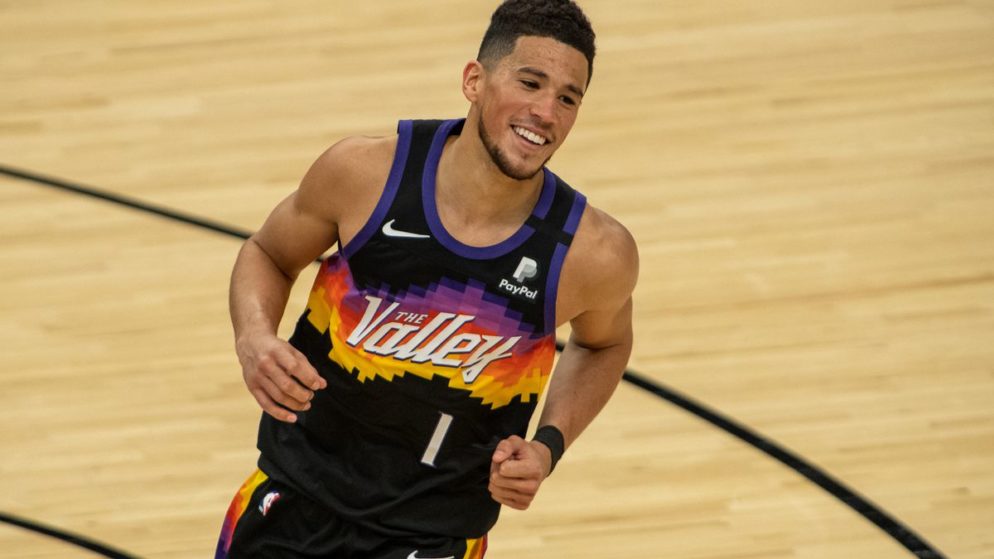 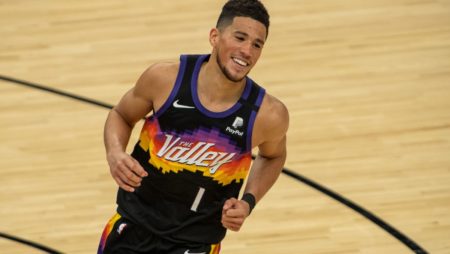 Saturday features plenty of quality sporting events on the slate. The biggest game of the day is the Ohio State at Michigan matchup, but there are plenty of other enticing games worth keeping our eyes on as well.

We will be taking a look at the best sporting events worth placing a bet on for Saturday, November 27th in this article. We will begin by breaking down an exciting NBA game with a surprising underdog, and then we will break down a college football game that could lead to a huge payday for bettors.

Read through the article to the end to see some bonus picks presented by BetOnline.

Betting Analysis for Suns at Nets

The Suns enter this game in the midst of a 15 game winning streak. Phoenix is 16-3 on the season, which places them second in the West and just a game behind the Warriors. Devin Booker led the Suns to their 15th consecutive victory on Friday against the Knicks, as he posted 32 points in the win.

However, the Nets performance has not been too shabby either. Brooklyn is 8-2 over their last ten games, and they have won four in a row. The Nets are coming off of a two-game road trip that saw them handily defeat Cleveland and Boston.

They will look to keep winning on their home court against this red hot Suns team.

The Suns are 0-4-1 ATS in their last five games on day two of a back-to-back.

Brooklyn is 4-1 ATS in their last five Saturday affairs. They are 7-3 ATS when playing on two days rest of their last ten games in that situation. The Nets are 0-5 ATS after an ATS victory.

According to Betonline, the Nets are 2.5 point favorites for Saturday night’s matchup against Phoenix. BetUS also lists Brooklyn as favorites by 2.5 points.

How To Bet On: Suns at Nets – Betting lines

The Nets have played well as of late. They are heating up, and it looks as if not having Kyrie Irving on the court is not the end of the world.

But Phoenix has won 15 games in a row and have been clicking on all cylinders as a complete team. Chris Paul has been great at being a leader on this team, while Devin Booker continues to shine in a starring role.

If you are someone who likes taking chances on underdog bets, this is the one for you.

The Michigan State Spartans (9-2) will look to rebound from last week’s thrashing by Ohio State as they host the Penn State Nittany Lions (7-4) at Spartan Stadium in East Lansing, Michigan. The kickoff is scheduled for 3:30 PM EST.

The Spartans are in a good position on Saturday. They are not only at home but have plenty of motivation after the Ohio State Buckeyes rolled over them a week ago. While that may not sound like an ideal spot to be in, never underestimate a team looking to bounce back following an embarrassing loss.

However, Penn State carries momentum into this one following their 28-0 blowout win against Rutgers in their last outing.

Penn State is 11-4 SU over their last 15 games. They have the same record ATS during that span. The Nittany Lions have hit the under in each of their last five games played.

The total has hit the over in five of Penn State’s last seven games against Michigan State.

How To Bet On: Penn State at Michigan State NCAAF – Betting lines

This game should be extremely competitive. These are two teams searching to end their seasons on a high note as we approach the end of the 2021 college football year.

Penn State is an unsurprising favorite despite being on the road; given the crushing defeat the Spartans were handed last week. However, Michigan State should come out strong in an effort to erase that memory.

They also have the home-field advantage, which might give them the spark they need to overcome the odds. This game will likely be decided late in the fourth quarter and possibly overtime. I think the home advantage comes into play, and the Spartans earn a victory in front of their home faithful.