The San Francisco Giants and San Diego Padres prepare to face off in a Saturday night MLB matchup. 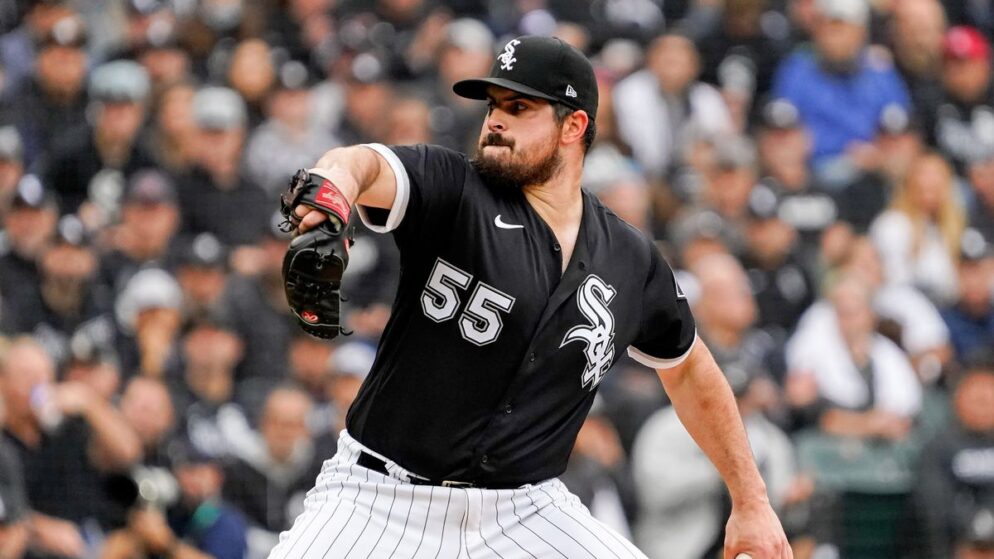 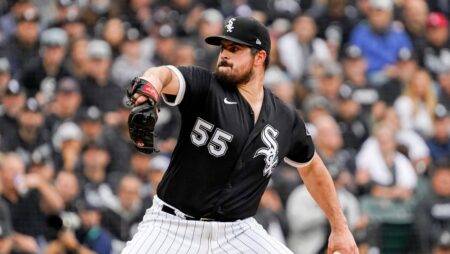 The Padres can win this series on Saturday. They took care of business in both Games One and Two. San Diego is playing well right now.

As for the Giants, they are now at the .500 mark. They are facing a 12.5-game deficit in the NL West behind the Dodgers.

Even the Padres trail LA by six games despite their strong record, so LA is simply elite.

But the Giants need to turn things around as soon as possible. This team is reeling.

The first pitch is scheduled for 7:15 P.M. EST on Saturday, July 9th, at Petco Park in San Diego, CA.

The Giants are laboring right now. This is a team that was slept on last year and went on to upset many by capturing MLB’s best record.

However, the Giants were slept on once again in 2022. And their .500 mark is nothing to smile at.

But this is a ball club that can upset the odds nonetheless. At the same time, the Padres are much more consistent this year. So winning in San Diego is a daunting challenge.

San Francisco enters play having lost four of their past five. The offense has been a major letdown. They are 24th in MLB in batting average and 17th in slugging.

Over the course of their past five games, the lineup has only produced more than three runs once.

The Giants’ pitching has surprisingly been mediocre as well. They own a subpar 4.07 team ERA which ranks 20th in baseball. They are also 19th in WHIP.

Last season the Giants exceeded expectations. So far in 2022, it has been the opposite scenario for the ball club. But the year is far from over, and they can turn things around.

Carlos Rodon (7-5, 2.87) gets the start for SF on Saturday. The left-hander will likely be in the All-Star game, given his strong 2022 performance.

The Padres are playing well. However, they have work to do if they want to catch the Dodgers in the NL West.

But San Diego can’t worry about LA. They need to focus on what they can control.

The Padres are 3-2 over the course of their past five games. But they can win this series with the Giants on Saturday with a victory. San Diego has set the tone through the first two games of this four-game set.

The Padres pitching staff has carried them this year. They are fifth in team ERA, fifth in WHIP, eighth in home runs allowed, and fourth in batting average against. This is a team that pitches at a high level. SF is going to have a tough time putting runs on the board on Saturday.

Yu Darvish (7-4, 3.53) is the scheduled pitcher for the Padres in this one. The right-hander has been good, not great, so far in 2022. But he is still an intelligent pitcher who is capable of shutting down opposing offenses.

The Padres enter play as the favorites for this Saturday affair. However, this is a Giants team with plenty of upset potential. Carlos Rodon is always liable to shut down an opposing offense.

But San Diego is confident heading into this home matchup. They likely feel as if they will get the job done. We have seen the Giants excel in underdog scenarios in the past.

In summary, this is a game that could go either way. I don’t personally believe that either of these teams hold much of an advantage.

So is taking a chance on the Giants worth it? Or should you go ahead and roll with the favored Padres?

In the end, the Giants could pull off this upset. And with Rodon on the hill, they just might. However, San Francisco’s recent offensive struggles worry me.

Yu Darvish isn’t the dominant pitcher he once was. But I don’t think he will run into much trouble against the Giants lineup right now.

Look for a strong pitcher’s duel in this game.

But the Padres still feature more offensive firepower even with their injuries to Machado and Tatis Jr. San Diego should break through late on Saturday.

I love taking a chance on the underdog when it seems like a decent choice. But trusting this Giants offense is something I’m not prepared to do right now. They aren’t necessarily bad by any means; they are just in a bit of a funk.

And the Padres offense hasn’t fared much better, but they are good enough to take care of business.

Roll with San Diego on Saturday.

Who would have thought that Alek Manoah would be a pitching advantage against Robbie Ray. In 2022, that happens to be the case. Take the Mariners with your betting pick in this one.