The San Diego Padres and Los Angeles Dodgers and prepare to face off in a Sunday night MLB matchup. 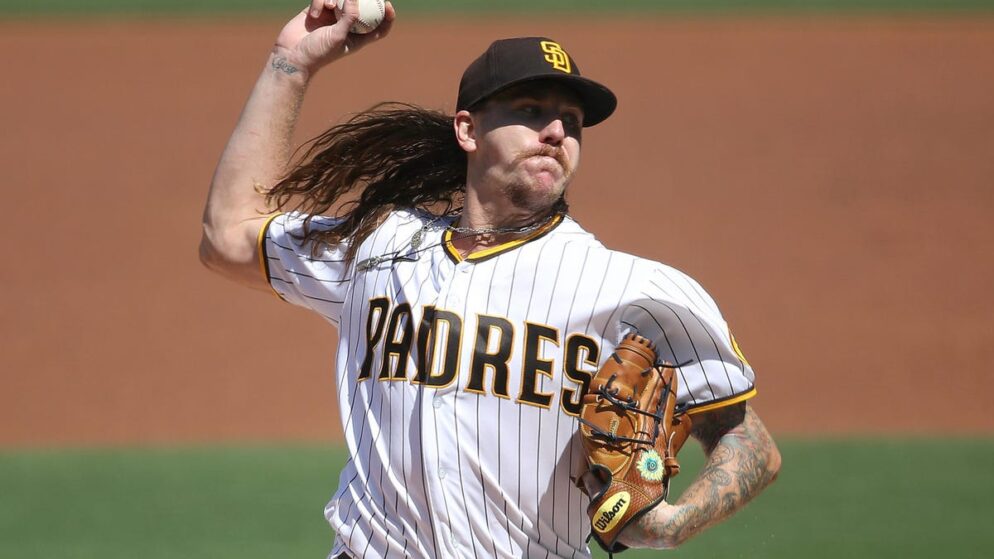 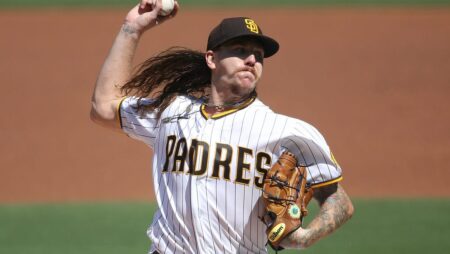 This series has been competitive to an extent. The teams split Games 1 and 2, so Sunday’s matchup represents the rubber match between San Diego and Los Angeles. However, both games were absolute blowouts.

The Padres took Game 1 by a final score of 7-1. But the Dodgers rebounded with a commanding 12-1 win in Game 2.

Will Sunday finally present a close and competitive game between these NL West rivals?

The first pitch is scheduled for 7:08 PM EST on Sunday at Dodger Stadium in Los Angeles, CA.

The Padres took care of business in Game 1. The offense got the job done, and the pitching held up. But the exact opposite can be said for Saturday’s contest.

The wheels fell off for San Diego, and they will attempt to rebound on Sunday. San Diego may practically be out of the NL West, but they still want to send a message to the Dodgers. Additionally, the Padres are still playing for a Wild Card berth.

On the season, the Padres have pitched well. San Diego’s pitching staff is ninth in team ERA, ninth in WHIP, 10th in home runs surrendered, and 11th in batting average against.

Offensively, the Padres are 16th in batting average, sixth in OBP, 21st in slugging percentage, 12th in runs scored, and 21st in home runs. The lineup has seen its fair share of ups and downs. And this series has been the perfect example of how streaky their lineup can be at times.

The Padres will send Mike Clevinger (5-5, 3.59) to the mound in this game. The right-hander has pitched well this year and will aim to shut down the Dodgers on Sunday. But that is a task much easier said than done.

The Dodgers’ offense exploded on Saturday. Arguably the most intimidating aspect of this Dodgers team is the lineup when it is firing on all cylinders. Their depth and talent combined makes it almost unfair for opposing pitchers.

The pitching can’t be taken for granted. Despite a number of pitching injuries, LA’s rotation and bullpen have still been impressive.

The Dodgers are first in team ERA, first in WHIP, third in home runs surrendered, and first in batting average against.

Caleb Ferguson (1-0, 1.85) will get the start on Sunday. It may very well end up being a bullpen game for the Dodgers on Sunday. But their depth will likely hold up. Their bullpen should be fairly well-rested after Julio Urias gave LA six strong innings on Saturday.
Best Betting Odds to Bet Online

Which team should you place your money on for this game? Can the Dodgers take care of business for the second consecutive game, or will San Diego bounce back?

This projects to be a more competitive affair. The Dodgers don’t have a star pitcher on the mound, which should even the playing field.

Mike Clevinger is a good pitcher who might turn in a decent performance. But the Dodgers are a tremendous team and play especially well against their home fans.

LA is the pick to click in this one.

The White Sox are beginning to find their rhythm. Dylan Cease took a no-hitter into the ninth inning before the Twins broke through with two outs. Nevertheless, Chicago is confident right now.

The White Sox have Lucas Giolito scheduled to start, and he is destined to right the ship. Roll with the White Sox.

The Angels have not been great at closing out the series. And the Astros will have some motivation after getting walked off on Saturday. And trusting the Angels is always a risky proposition.

Take the Astros in this game.

Do we dare take the Yankees amid their recent struggles?

Yes. New York has Frankie Montas on the mound, and he should be able to control Tampa Bay’s offense. Meanwhile, Aaron Judge and the offense will break through after laboring to score runs on Friday and Saturday.

The Yankees are too good of a team to lose again. I projected that Tampa Bay would win yesterday, and that panned out, so take the Yankees on Sunday.