The Philadelphia Phillies and New York Mets prepare to face off in a Saturday night MLB matchup. 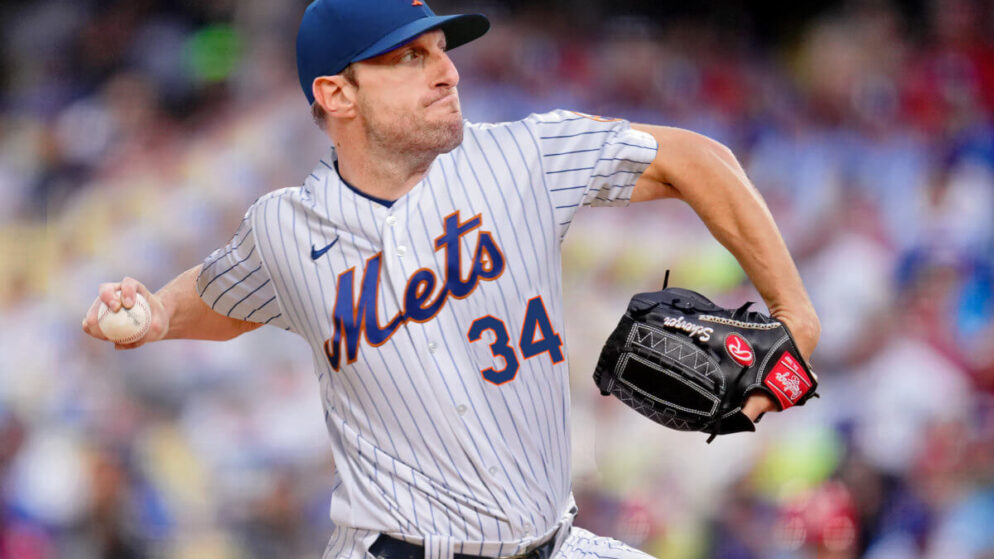 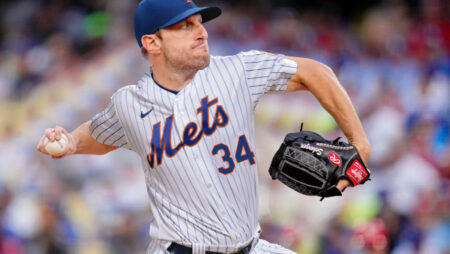 The Philadelphia Phillies (11-11) and New York Mets (15-7) will go head-to-head on Sunday Night Baseball to determine the winner of their three-game series in New York. The Mets took Game 1 by a final score of 3-0 after throwing a combined no-hitter. The Phillies rebounded with a nice 4-1 victory on Saturday.

For those who read our Saturday article, we predicted the Phillies would win and that came to fruition. We will aim to make back-to-back correct picks in this series.

The Phillies trailed for most of the game before their bats broke out in the 7th inning on Saturday; Philadelphia pushed across three runs and then one more in the eighth for insurance.

Rhys Hoskins and Kyle Schwarber both blasted homers in the ballgame. Odubel Herrera added two hits and two RBIs. The Phillies needed some offense after being no-hit on Friday, and they finally found their stride late in this contest.

Kyle Gibson pitched fairly well on the hill for Philadelphia. The veteran right-hander lasted 4.1 innings and allowed just one run. However, he walked five and struck out just three.

Nonetheless, he did a good job of stranding base runners.

The Phillies bullpen was tremendous after Gibson was removed. They allowed just two hits and no runs from the fifth inning on.

Philadelphia will send RHP Zach Eflin (1-1, 3.20) to the mound on Sunday. Eflin has good stuff and possesses the capability to shut down opposing offenses. His only issue over the years has been consistency.

The Phillies will look to win the rubber match on the road on Sunday night.

The Mets offense has labored in the series. Their three runs on Friday were enough to earn the win, but their one run on Saturday was not.

Francisco Lindor drove in the only Mets run of the night. The Mets tallied just four total hits as a team. Despite drawing a number of walks, New York was unable to drive in runners in scoring position.

Taijuan Walker pitched well through five innings. He surrendered just two hits and no runs despite striking out just one batter. It was a promising outing after he had been previously injured.

However, the Mets bullpen was unable to hold up their end of the bargain. Adam Ottavino surrendered three runs in just 0.2 of an inning. Sean Reid-Foley allowed one more run in the eighth.

The good news for the Mets is that they are turning to their ace on Sunday. RHP Max Scherzer (3-0, 1.80) will get the ball as New York aims to win the series at home.

Scherzer has been nothing short of excellent this season. He was expected to be a co-ace alongside Jacob deGrom, but deGrom has yet to pitch due to injury. Scherzer has done a tremendous job of leading the Mets rotation in deGrom’s absence.

The Mets are the home favorite once again despite coming off of a loss on Sunday. The fact that Scherzer is on the bump certainly provides them with the advantage.

But the Phillies lineup may be on the precipice of heating up. It will be interesting to see if they can cause any damage against Scherzer.

It will also be intriguing to see if the Mets’ offense can get anything going against Eflin.

So who should you place your money on? Can the Phillies upset the odds for a second consecutive game?

How To Bet On: Philadelphia Phillies vs New York Mets Betting lines

The Phillies are on Sunday Night Baseball for a second straight week. Their game last week was dominated by headlines of umpire Angel Hernandez who struggled calling balls and strikes.

So hopefully, the headlines following this game actually revolve around the teams and players rather than an umpire.

Max Scherzer tends to elevate his game on the big stage. I would not be surprised if he pitched a great game on national TV in this one. However, I also expect this to be a competitive ballgame.

But go ahead and roll with the Mets to rebound in this Sunday Night Baseball affair.

Go ahead and roll with the New York Mets -1.5 on Saturday night on the road.

Kevin Gausman is on the mound for Toronto, and he has been terrific this season. He might not be quite as dominant against this Astros lineup, but he will still pitch well enough to limit Houston and help the Blue Jays get the job done at home.

The Angels have been really good this season, and the White Sox have not. But Chicago still features enough talent to win ball games, especially at home. Expect the White Sox to win a high-scoring ballgame at home.