The Houston Astros and Philadelphia prepare to face off in a Saturday World Series matchup. 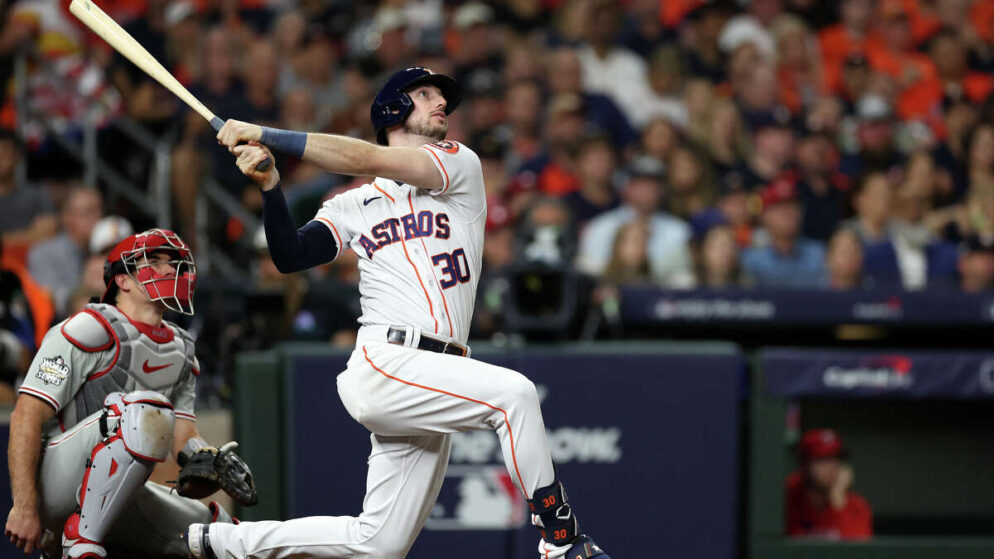 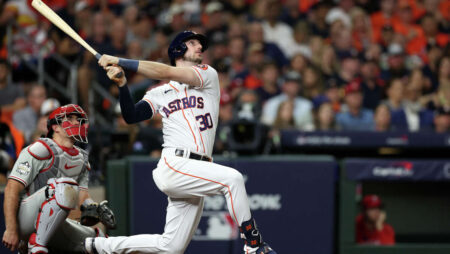 The Philadelphia Phillies and Houston Astros will go head-to-head on Saturday.

The Phillies stunned the Astros in Game 1 of the World Series. Houston led to open the game, but Philadelphia roared back and shocked the home crowd.

For bettors, those who rolled with the road underdogs certainly cashed in. The Phillies took care of business on both the run and spread line against Houston.

Can the Astros rebound in Game 2? Or will the Phillies get the job done once again?

The first pitch is scheduled for 8:03 PM EST on Saturday, October 29th, at Minute Maid Park in Houston, TX.

The Phillies were not given much of a chance in Game 1. Houston had yet to lose a game in the postseason, while Philadelphia had narrowly snuck into the playoffs. Nevertheless, the Phillies did not back down.

Aaron Nola labored in his start for the Phillies. The right-hander lasted just 4.1 innings pitched with five earned runs and five strikeouts. But the bullpen and offense had his back.

The Phillies’ relief core did not allow a single run following Nola’s departure. And the hitters stepped up without question.

JT Realmuto and Bryce Harper set the tone with a pair of hits each. Realmuto tallied three RBIs to go along with a go-ahead home run in the 10th.

Alec Bohm recorded a hit and a couple of RBIs as well.

Philadelphia came into Houston with a goal of at least winning one game. This Game 1 victory takes the pressure off in Game 2. They obviously still want to win, but if they don’t, it will not be the end of the world.

The Phillies will send Zack Wheeler to the mound on Saturday night. Wheeler was excellent throughout the 2022 campaign, and he’s someone the Phillies certainly trust.

However, he will need to be careful with Houston’s lineup. Aaron Nola found out just how difficult they can be to navigate, though.

Philadelphia will still have a tough time winning the World Series. But this win was crucial, to say the least.

The Astros were confident heading into Game 1. They had gone undefeated in the playoffs, and ace Justin Verlander was on the mound. However, Verlander ran into trouble against Philadelphia.

Verlander went five innings in the Astros’ loss. Although he didn’t factor into the decision, Verlander surrendered five runs in an underwhelming effort.

He has dealt with his World Series struggles over the years despite his overall greatness.

Kyle Tucker was the backbone of Houston’s lineup in Game 1. Tucker went 3-5 with two home runs and four driven in. It was undeniably a special effort for the young outfielder.

Yuli Gurriel had two hits, and the Astros, as a team, posted ten total hits. But with the exception of Tucker, the Astros struggled with runners in scoring position.

Houston likely felt as if they were on the fast track to a win after scoring early in the game. They seized momentum following Tucker’s early homer, but the Phillies did not give up.

Framber Valdez is set to pitch on Saturday. Valdez is arguably the most underrated pitcher in baseball. He’s been a vital piece to Houston’s success throughout the year.

The Astros are counting on him to deliver a big performance in Game 2. Houston cannot afford to go down 2-0 in the World Series.

How To Bet On: Philadelphia Phillies vs. Houston Astros MLB Betting lines

Should you place your money on the favored Astros or underdog Phillies in this Game 2 affair?

Framber Valdez is going to give Houston an opportunity to win. He’s a quality left-handed pitcher who tends to rise up in big moments.

Zack Wheeler may run into some trouble, but he should turn in a decent start. However, Houston’s batters are going to give him everything that he can handle.

In the end, the Astros are too talented to go down 2-0 in the series. I expect them to post a huge performance en route to a bounce-back victory in game 2.

Go ahead and roll with the Houston Astros -1.5 in this contest.

The Ohio State Buckeyes will take on the Penn State Nittany Lions on Saturday. This will be one of the most exciting and compelling games of the weekend, with the Buckeyes trying to remain undefeated.

Penn State certainly features upset potential at home. And given the lofty 15-point spread, I like their chances of upsetting the odds.

However, Ohio State is going to win this game. Their elite offense will be too much to handle for Penn State. We should be in store for a close contest that sees the Nittany Lions give the Buckeyes all that they can handle.