The New York Yankees and Milwaukee Brewers and prepare to face off in a Saturday night MLB matchup. 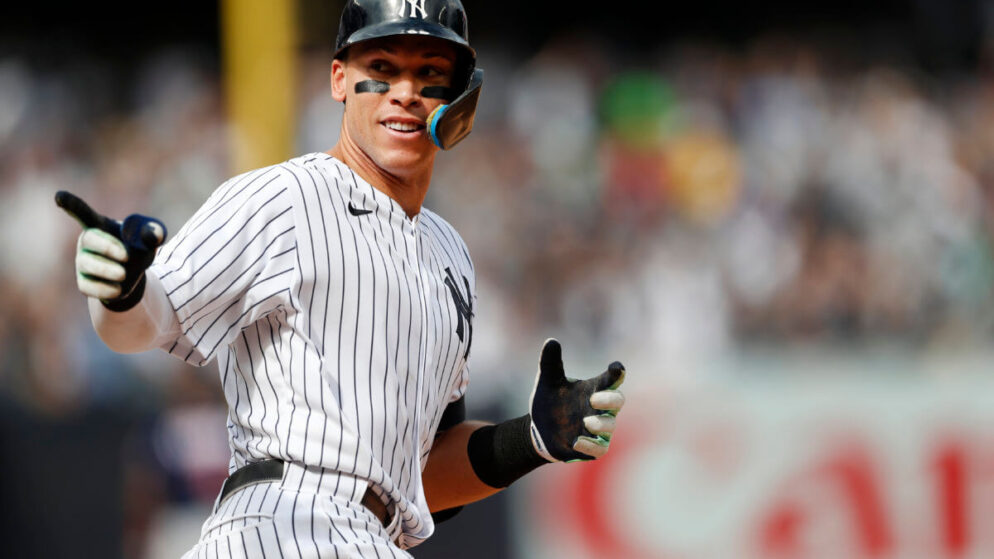 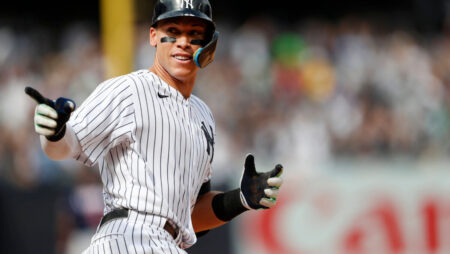 The New York Yankees (87-57) and Milwaukee Brewers (77-67) prepare to square off in a Saturday night matchup. The Brewers pulled out a 7-6 victory over the Yankees in walk-off fashion on Friday to kick off this three-game series.

The Yankees had won four games in a row prior to losing to Milwaukee. They were a road favorite according to some sportsbooks but ultimately fell short on Friday night. They will look to bounce back on Saturday.

The Brewers need to continue winning. They are just a game behind the San Diego Padres for the final NL Wild Card spot. This victory was a big win for Milwaukee, without question.

The first pitch is scheduled for 7:10 PM EST on Saturday, September 17th, 2022, at American Family Field in Milwaukee, WI.

The Yankees had been playing well but dropped Friday’s game. However, the offense impressed in the game.

New York expected much more from Montas upon acquiring him. But he’s underwhelmed without question.

Nevertheless, the Yankees still found themselves in the game until Clay Holmes surrendered a walk-off base hit in the bottom of the ninth.

New York will try to turn things around and get back into the win column on Saturday. Jameson Taillon (13-4, 3.94) will get the start in this game. He’s been reliable in 2022 and should give the Yankees a shot at winning on Saturday.

The Brewers enjoyed some late-inning dramatics to get the win on Saturday. Garrett Mitchell had two hits in the game, including a walk-off single with the bases loaded to send the American Family Field crowd home happy.

Willy Adames tallied a pair of hits with an astounding four RBIs. Hunter Renfroe and Omar Narvaez both had two hits in the contest as well.

Adrian Houser did not have his best stuff in the game. The Brewers hurler lasted just three innings while surrendering five runs (four earned) with four walks and only one strikeout. Fortunately for Milwaukee, the bullpen gave up just one run in the last six innings.

The Brewers displayed a ton of heart in this affair en route to the victory. Milwaukee could be in line for a special last couple of weeks in September.

The Brewers will send Brandon Woodruff (10-4, 3.39) to the mound for this contest. Woodruff has not been as dominant as in years past, but he’s still a quality option for Milwaukee.

How To Bet On: New York Yankees at Milwaukee Brewers MLB Betting lines

Which team should you place your money on in this game? Will the Brewers take care of business, or can the Yankees upset the odds?

This has the potential to be another exciting contest. Both teams are playing well as of late and have no shortage of motivation to win, with the playoffs right around the corner.

But Brandon Woodruff is due for a big outing. He’s underwhelmed in 2022 and is too good of a pitcher to continue posting subpar performances. Look for Woodruff to turn into a quality starter, with the Brewers earning the victory.

The Brewers are the best bet for Saturday night in the MLB world.

Go ahead and roll with the Milwaukee Brewers -1.5 in this Saturday night MLB affair.

This is an easy pick. The Braves hold tremendous value as a home underdog. Sure, the Aaron Nola vs. Jake Odorizzi pitching matchup leans in Philly’s favor… but betting against the Braves at home is a risky bet.

Even if Atlanta loses, they should be able to keep the score close and cover the run line. Take the Braves on the spread in this game.

The Guardians are rolling with Shane Bieber in Game 1. He should be able to lead the Guardians to a Game 1 victory on Saturday against division rival Minnesota.

The Seattle Mariners are simply the better team. LA is the favorite purely due to Shohei Ohtani pitching on Saturday. But even if he pitches well, there is no guarantee that the Angels will win.

The Mariners make for a good upset pick for this Saturday night ball game.