The New York Yankees and Boston Red Sox prepare to face off in a Sunday night MLB matchup. 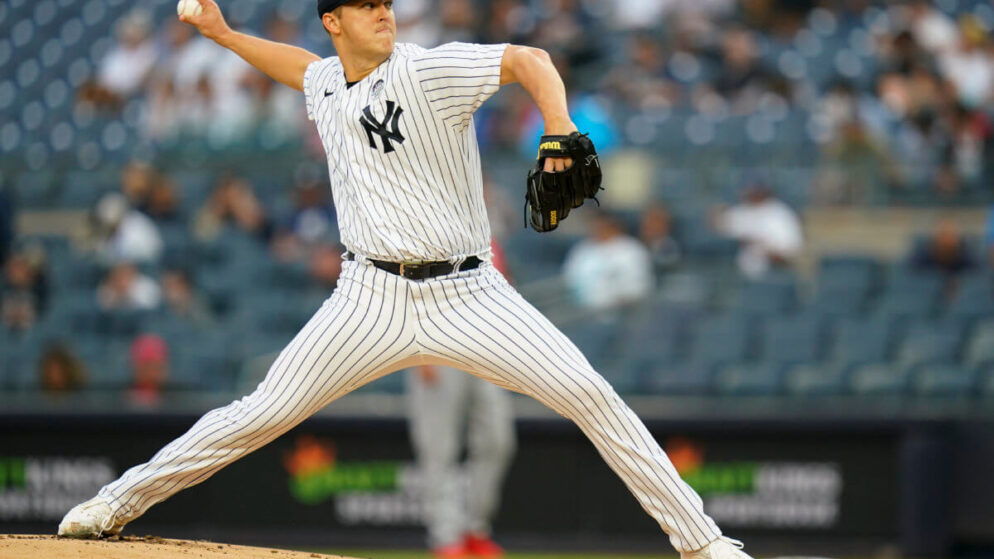 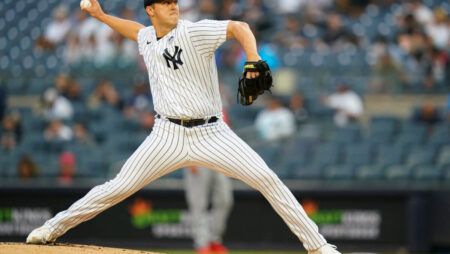 The Yankees lead this four-game series two games to one. They have a chance to close it out on Sunday. However, Boston has momentum after winning on a walkoff on Saturday.

The Red Sox are trying to catch New York in the AL East. The Yankees hold a massive lead, so chasing them down will be anything but easy. But a win on Sunday would place them on the right path.

This certainly has the makings of a quality baseball game.

The Yankees continue to lead all of MLB in wins. Despite dropping Game Three on Saturday, New York keeps playing an impressive brand of baseball.

The Yankees have won three of their past five games heading into this one. The thing that stands out about New York is their consistency. They tend to win each series they play which has led to their tremendous overall record.

The Yankees have also seen success on both offense and with their pitching.

They rank second in team ERA with a mark of 2.97. The Yankees are first in WHIP, second in batting average against, and fifth in home runs allowed.

From an offensive standpoint, New York is just 14th in batting average. But they are second in OBP, second in slugging percentage, first in runs scored, and first in total home runs.

New York gets the job done in all facets of the game, which makes them an extremely difficult team to beat.

Jameson Taillon (9-2, 3.63) is the scheduled starter for Sunday. The right-hander has impressed in 2022. However, this matchup will be far from easy.

It will be interesting to see how he fares against Boston.

The Red Sox have labored a bit as of late. They had dropped four consecutive ball games prior to Saturday’s clutch victory.

Boston technically has a chance to catch the Yankees in the AL East, but it would take a hot stretch from them or a massive slump from New York. Nonetheless, the Red Sox understand that they need to take care of business against New York.

The Red Sox pitching hasn’t been quite as dominant as New York’s, but it’s still been fairly good. They rank 11th in team ERA, 12th in WHIP, eighth in batting average against, and 12th in home runs allowed.

But the Red Sox lineup has been amongst MLB’s best. They are first in team batting average, fourth in OBP, eighth in slugging percentage, and sixth in runs scored. So they typically rely on their lineup to win games.

And they will look to do the same once again on Sunday Night Baseball.

Nick Pivetta (8-6, 3.68) is Boston’s probable starter for Sunday. He has enjoyed a solid season for the Red Sox. He will attempt to shut down this Yankees team on Sunday night.

The New York Yankees enter Sunday’s contest as the road favorites. Their consistent play has oddsmakers believing in their road ability.

The pitching matchup in this one is fairly even. Both Taillon and Pivetta are mid-3’s ERA pitchers who feature strikeout potential. Neither is dominant, but both are capable of leading their team to a win on any given night.

Meanwhile, both offenses are very good. So there are not any huge advantages on Sunday, which leads me to believe this could be a very competitive and exciting game.

But which team should you place your money on? Can the Red Sox upset the odds at their home field? Or will New York take care of business at Fenway Park?

I expect this game to be almost deadlocked through the first six or seven innings of play. In fact, it may remain tied up until the ninth inning.

As good as the Yankees have been, the Red Sox believe they can beat New York. They are riding high coming off of their Saturday win as well.

Sure, it’s risky, but go ahead and roll with the Red Sox. Boston is a sneaky good underdog home favorite against the mighty Yankees in this ball game.

The San Diego Padres dropped a low-scoring affair against the Giants on Saturday. But the bats should come alive and lead them to a Sunday win in this one.

The Cardinals’ offense has been nothing short of dreadful over the past few games. Trusting them is difficult right now, so go ahead and take the Phillies.