The New York Mets and Los Angeles Angels prepare to face off in a Sunday night MLB matchup. 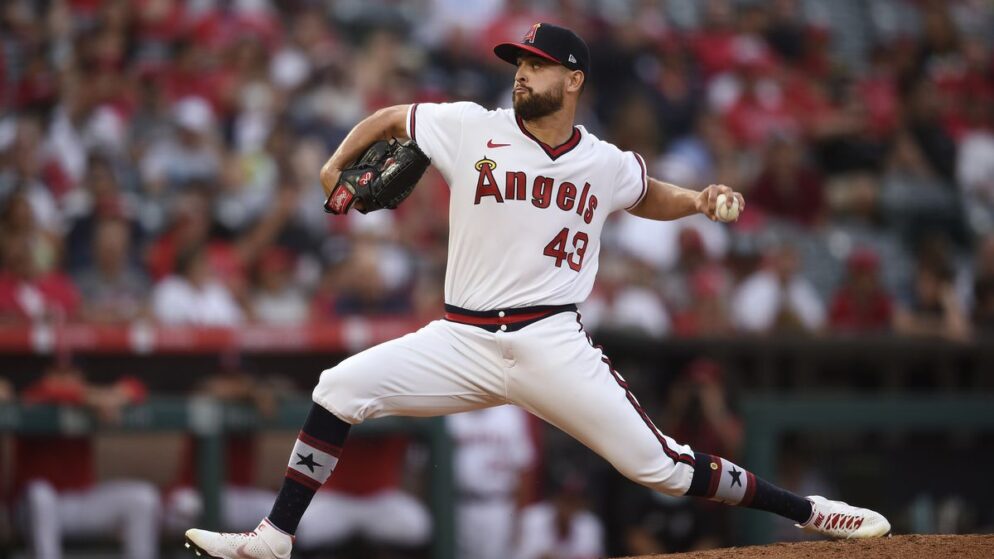 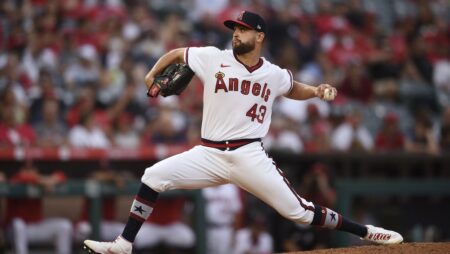 The New York Mets (39-22) and Los Angeles Angels (29-32) prepare to face off in the rubber match of a three-game series on Sunday Night Baseball.

The Angels bounced back in Game Two after dropping Game One on Friday. The Halos are trying to turn their season around, and a series win could do the trick.

However, defeating the Mets in back-to-back contests will be far from an easy task. New York has been amongst the best teams in baseball this season.

The Angels’ offense awoke and got to Carlos Carrasco on Saturday. The Mets right-hander served up five earned runs on nine hits over 4.2 innings pitched. Despite striking out seven, this was far from a good outing for Carrasco.

But the six runs that New York pushed across was not enough in the 11-6 defeat.

The Mets will look for a more productive outing from Taijuan Walker (3-2, 3.28) on Sunday in Game Three. Walker is a guy with potential for a good outing but has failed to display consistency.

The Mets lineup has been solid so far in the series, and they could play a key role on Sunday. If New York can score runs early, it would place pressure on the Angels.

The Angels’ bats came to life on Saturday. This is a potent lineup, and they displayed their full talent in this one.

The three sluggers absolutely exploded against a quality Mets pitching staff. There is no question that the Angels’ offense has the talent to be amongst the best in all of MLB. It will be interesting if they can keep scoring runs at an elite rate.

Meanwhile, Michael Lorenzen went 6.1 innings and surrendered just one earned run. Although the Mets ultimately scored six runs, this one was never in too much doubt.

Patrick Sandoval (3-1, 2.81) gets the call for Sunday Night Baseball. The left-hander has been an unsung hero for the Angels without question. They have always been seeking pitching, and Sandoval fits the bill.

The Halos will look to earn a series victory on Sunday.

The Mets were favorites on Saturday, but we rolled with the Angels, and that certainly paid off. But is rolling with Anaheim the smart move once again on Sunday?

The odds are in their favor. But the Mets are still a tremendous team. Betting against them has been a risky proposition all season long.

Should you take the favored Angels or underdog Mets on Sunday Night Baseball?

The Angels have Patrick Sandoval on the mound in this one. The left-hander has turned into an ace-caliber pitcher who excels against opponents regardless of their lineup. Expect Sandoval to turn in a good outing.

Meanwhile, Walker may be able to hold his own against the Angels, but I’m not sure how long he will last. The Angels could post another crooked number if they get into the Mets bullpen early.

So on that note, I do like taking the Angels as home favorites on Sunday But expect a closer and more competitive all-around game between these two teams.

We should be in for an exciting MLB match! Go ahead and roll with the Los Angeles Angels -1.5 on Saturday night in Anaheim.

But in all reality, taking the Astros in this one is a good pick. Verlander has been excellent, and the Marlins’ offense is lackluster. Roll with Houston as a home favorite.

I am typically in favor of betting on home underdogs. But the Rays are rolling, and I like their chances on Sunday. I think these odds project the correct outcome.

Take a chance on Tampa Bay in this one.

A couple of star left-handers will match up in this one, with Julio Urias and Carlos Rodon taking the mound for their respective clubs. But the Giants have labored at times this year, while the Dodgers always have a chance of winning.

Take a chance on Urias and Los Angeles despite playing on the road in this one.