Online Betting Sports – The Minnesota Twins and Cleveland Guardians prepare to face off in a Saturday night MLB matchup. 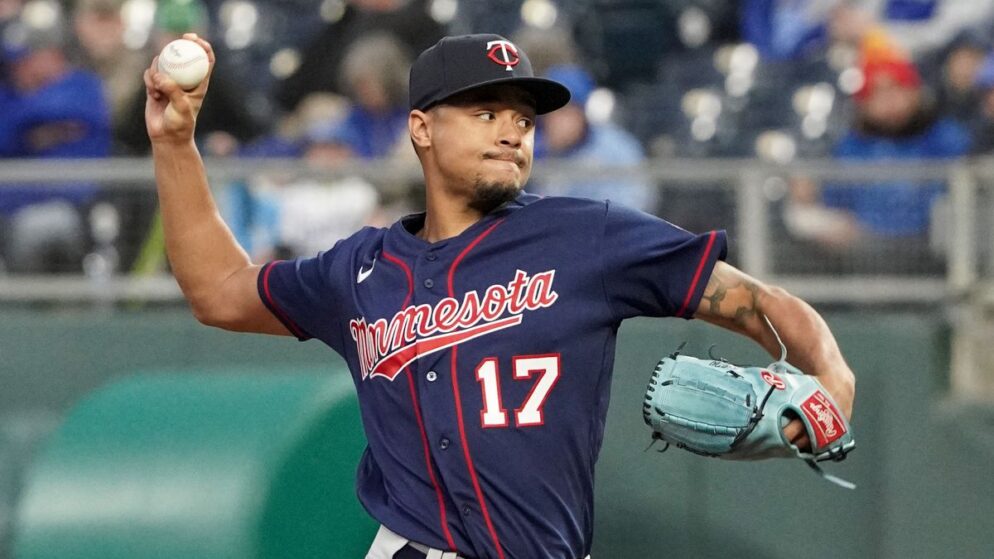 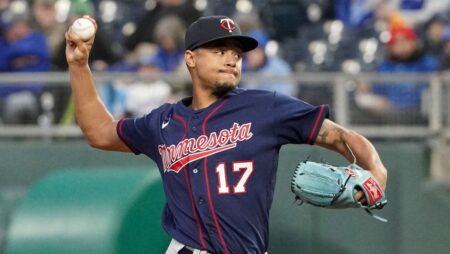 The Cleveland Guardians (71-65) and Minnesota Twins (69-68) prepare to face off in a crucial affair on Saturday.

Cleveland won Game 1 of this series in Minnesota. By a final score of 7-6. The Guardians and Twins control their own fate in the AL Central, as they are scheduled to go head-to-head six more times within the next week and a half.

Cleveland enters Saturday holding a narrow 1.5-game lead over the Chicago White Sox and 2.5 game lead over the Twins. But this truly is anybody’s division for the taking. Whichever team hits their stride over the next couple of weeks will win this division.

Friday’s game was exciting until the final pitch. Saturday’s game will likely produce a similar result.

The first pitch is scheduled for 7:15 P.M. EST on Saturday, August 10th Target Field in Minnesota.

The Cleveland Guardians just did escape with a victory on Friday night in Minnesota. The Guardians struck early with four runs in the first inning. After four and a half innings of play, the Guardians led 7-0.

But the Twins clawed back and made things interesting. They were able to get to a stout Cleveland bullpen. However, the Guards just did hold on for a 7-6 win.

Cleveland leads the AL Central with the White Sox and Twins right on their tail. The Guardians have talent, but one has to wonder if their young roster can hold up down the stretch. Many of these players are getting their first taste of big league experience.

And a roster with a ton of rookies has its pros and cons down the stretch.

On the positive side of things, the young rookies play with energy, and they may not overthink things. On the negative side of the spectrum, experience is vital for contending teams in the long run.

Nevertheless, the Guardians have Terry Francona leading the way. And with Jose Ramirez anchoring the infield and Shane Bieber holding down the starting rotation, this is a Cleveland team poised to stay in contention.

Triston McKenzie (9-11, 3.18) is the scheduled starter for the Guardians on Saturday. The right-hander has enjoyed a strong 2022 campaign and will do his best to help the Guardians out in this big game.

The Twins almost pulled off an improbable comeback on Friday. They held strong and never gave up. As aforementioned, most teams have not been able to score runs against Cleveland’s bullpen like Minnesota was able to.

Although they lost the game, they may have some momentum heading into Saturday.

For the Twins, these next two games against Cleveland are important. They don’t want to get swept at home by the team leading the division. That would place them in an extremely difficult position heading into the final weeks of the season.

Minnesota, who led the AL Central for a good portion of the beginning of the year, is going to do everything in their power to win on Saturday. Going down 0-2 against the Guardians at home is the last thing they want.

The Twins are also trying to shake off previous struggles. They have now dropped three out of their last four games overall. This is the worst time to lose your footing.

For the Twins, Chris Archer (2-7, 4.47) is the scheduled starter. The right-hander has endured his share of struggles throughout the year. Manager Rocco Baldelli is counting on Archer to give the Twins an opportunity to win.

Archer does not need to be perfect. Even if he contains Cleveland over five innings, that will at least give Minnesota a shot at a much-needed victory.

How To Bet On: Cleveland Guardians at Minnesota Twins MLB Betting lines

So which team should you place your money on? Can the Twins pull off the home upset, or will Cleveland get the job done yet again?

Don’t expect as many runs to score as Friday. Cleveland’s pitching rotation is typically much steadier. The Twins have some questions, but they should be able to keep the Guardians in check.

This should be a good game. Both the Guardians and Twins have realistic chances of winning.

However, trusting the Twins pitching staff is a risky thing to do at the moment. Meanwhile, Triston McKenzie has been up and down as of late, but he’s a guy the Guardians fully believe in.
OBS Betting Picks for Cleveland Guardians at Minnesota Twins

Go ahead and take the Cleveland Guardians -1.5 with your Saturday night MLB betting pick.

Julio Urias has been one of MLB’s most underrated pitchers all year long. He’s going to give the Dodgers a good chance of winning on Saturday.

For the Padres, Blake Snell has labored overall.

Roll with the Dodgers in this one.

Ace Max Fried is starting for Atlanta. He is talented enough to lead the Braves to a win. Roll with Atlanta in this game.