The Los Angeles Chargers and Las Vegas Raiders square off on Sunday in a must-win affair. 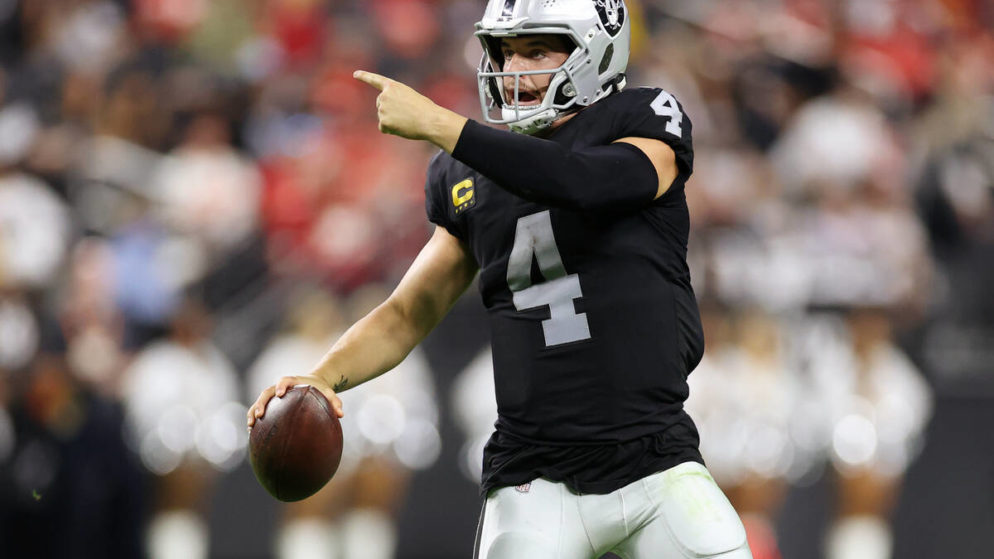 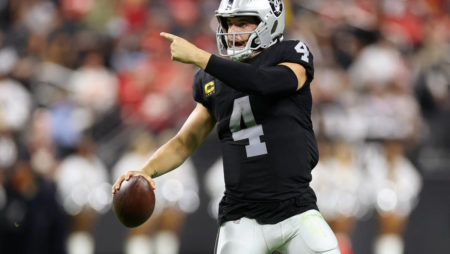 The Los Angeles Chargers (9-7) travel to Las Vegas to take on the Raiders (9-7) in a must-win regular-season finale on Sunday. Kickoff is scheduled for 5:20 P.M. PST at Allegiant Stadium in Las Vegas, Nevada.

If the Indianapolis Colts defeat the Jacksonville Jaguars on Sunday, the loser of the Chargers and Raiders game will be eliminated from postseason contention.

The Chargers are coming off of a quality 34-13 victory over the Denver Broncos last week. Los Angeles is 3-2 over their past five contests.

Las Vegas stayed in the playoff race with a nail-biter 23-20 win against the Colts a week ago. The Raiders have been rolling as of late, with three consecutive victories heading into Sunday’s action.

This is the kind of regular-season game NFL fans dream about. Division rivals prepared to lay it all on the line in a potential win or go home game. Let’s take a closer look at this AFC West matchup.

The Chargers and Raiders are both going to do whatever is necessary to win this game. This is truly anybody’s game for the taking, even though Los Angeles is a slight favorite according to the majority of sportsbooks.

But can the Chargers cover on the road?

The Chargers defeated Las Vegas at home last time these two rivals played one another. But that was a different Raiders team. They were dealing with early-season turmoil, and their focus was elsewhere.

The Chargers’ chances of winning this game start on offense. They are the sixth-ranked team in the NFL in points per game with an average of 27.6. Meanwhile, the Raiders surrender 25.4 points per contest which ranks 24th in the league.

When you factor in that Las Vegas averages just 21.2 points per game on offense, one has to figure that if the Chargers can reach that 27 mark or so, they should be in good shape to win.

But there are plenty of questions on the defensive side of things for LA. They rank just 26th overall, with 26.5 points allowed per game. And that statistic alone could be the key to Las Vegas upsetting the odds at home.

Derek Carr is no stranger to late game-winning drives and strong comeback efforts. If he can lead the Raiders to a big day on offense, they could turn this into a back-and-forth shootout. This would be preferable because there is a low probability of this Las Vegas injury-riddled and underwhelming defense containing Justin Herbert, Austin Ekeler, and the high-octane Charger scoring attack.

The Raiders could utilize the natural momentum from the home crowd and possibly steal a late-game victory if the score is close late in the fourth quarter.

The Chargers are narrow three-point favorites heading into Sunday. But realistically, both teams have a shot at winning this game.

How To Bet On: Los Angeles Chargers at Las Vegas Raiders Betting lines

Regardless of the outcome, this is destined to be one of the best games on Sunday’s slate.

The Chargers offer plenty of firepower and feature a number of key offensive and defensive weapons. But the Raiders bring a hard-edge underdog mentality which can lead to an upset. There is a reason why Las Vegas is 6-4 as an underdog this year.

But the Chargers should be able to post a significant amount of points against this Raiders defense, and it is hard to imagine Las Vegas keeping pace with them. Yes, the Raiders have a tremendous home environment, and the momentum will be theirs for the taking, but Los Angeles is the better team overall.

And picking the better team is typically a good choice.

Take the Los Angeles Chargers -3 with your betting selection.

The Packers should be able to take care of business against a Lions team that probably wouldn’t mind taking a loss due to draft-related reasons.

Look for Minnesota to cover at home.

New Orleans will look to close out their up-and-down season on a high note.

In what is likely the second-best game on the NFL slate for Sunday behind the Chargers-Raiders contest, expect the Rams to earn the victory at home against the 49ers.

Take the Timberwolves on the road.

Expect the Nuggets to cover the spread on the road at OKC.