The Chicago White Sox at Cleveland Guardians prepare to face off in a Saturday night MLB matchup. 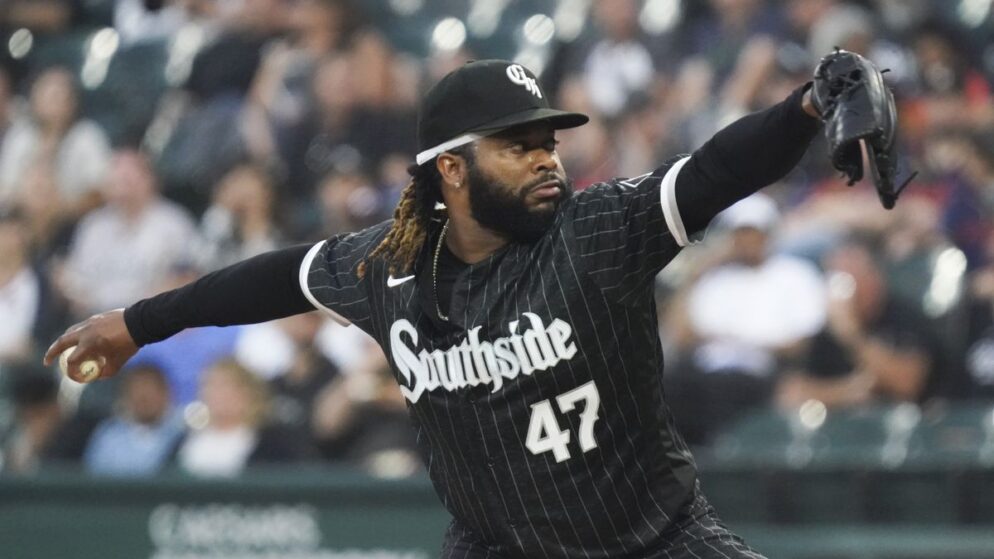 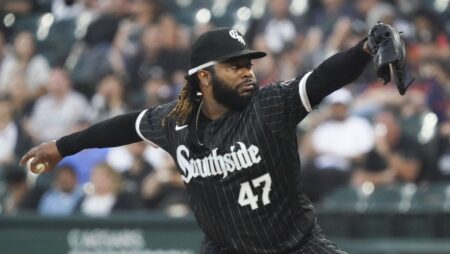 The White Sox enter play in the midst of a three-game losing streak. They dropped two in a row against the Astros before losing to Cleveland by a final score of 5-2 on Friday. Chicago is aiming to rebound on Saturday against the Guardians.

Meanwhile, Cleveland has played well as of late. They took care of business against the White Sox on Friday and have now won back-to-back games. The Guardians lead the AL Central heading into this contest.

This is one of the better rivalries in the AL Central. We can expect a competitive and exciting game between the White Sox and Guardians.

The first pitch is scheduled for 6:10 PM EST at Progressive Field in Cleveland, OH.

The White Sox have been streaky as of late. But that is better than their all-around struggles to open the season.

Nevertheless, the White Sox are looking to find consistency. They would love to rebound and beat the Guardians in Cleveland over the weekend. But that won’t be easy, as the Guardians have played well lately.

Chicago led the game on Friday, heading into the late innings. But the bullpen, which was supposed to be one of their strengths, coughed up the lead. Chicago’s bullpen has been sharp at times, but they have also faltered far too much.

If the White Sox can’t get their bullpen going, making the playoffs will prove to be extremely difficult.

Their 18-11 record as road underdogs is highly respectable. So Chicago certainly believes they can keep the score close on Saturday.

RHP Johnny Cueto (5-5, 2.78) is the probable starter for the White Sox. Cueto has been Chicago’s unsung hero in 2022. Without him in the rotation, there is a realistic chance that this ball club wouldn’t be in the playoff conversation right now.

Cueto will look to put the Sox on his back and lead them to a win in this Saturday affair.

The Cleveland Guardians might be the most clutch team in baseball. They could care less what the score is late in the game. They seem to always make some kind of comeback and keep things interesting.

Terry Francona has preached to them all season long that they need to play until the 27th out is made. And the Guardians, who trailed late on Friday, pulled off another comeback victory.

The most surprising aspect of this Guardians team in 2022 has been their offense. Last year, they were near the very bottom of baseball in most categories. But the lineup has been much better this year.

They aren’t a team that is going to hit the ball out of the park all that often. In fact, they are just 29th overall in home runs. But they are a ball club that consistently puts the ball in play and makes defenses work.

As a result, Cleveland is seventh in team batting average.

And the pitching has been fantastic over the past couple of weeks. Most of their starters are stepping up and helping the Guardians win.

Shane Bieber (8-6, 3.18) will get the start on Saturday against Chicago. The former Cy Young winner has posted a quality season and has pitched well in his past few outings.

How To Bet On: Chicago White Sox at Cleveland Guardians MLB Betting lines

So which team should you place your money on in this rivalry game? Will the White Sox upset the odds, or can Cleveland get the job done for a second consecutive night?

I expect this to be a low-scoring affair that is competitive throughout. But betting against this Guardians team at home is a risky proposition at the moment. They are especially difficult to defeat at home because of their pesky never give up offensive mindset and their impressive bullpen.

Go ahead and roll with the Cleveland Guardians -1.5 in this contest.

It goes without saying, but the Yankees have been a risky team to bet on over the past couple of weeks. But this matchup consists of Gerrit Cole for New York and Mitch White for Toronto. No disrespect to White, but there is a clear advantage with Cole on the hill.

Spencer Strider is a young phenom for Atlanta who should be able to lead them to a win in front of the home faithful. Take the Braves in this game.