The San Francisco 49ers and Los Angeles Rams prepare to face off in a Sunday matchup. 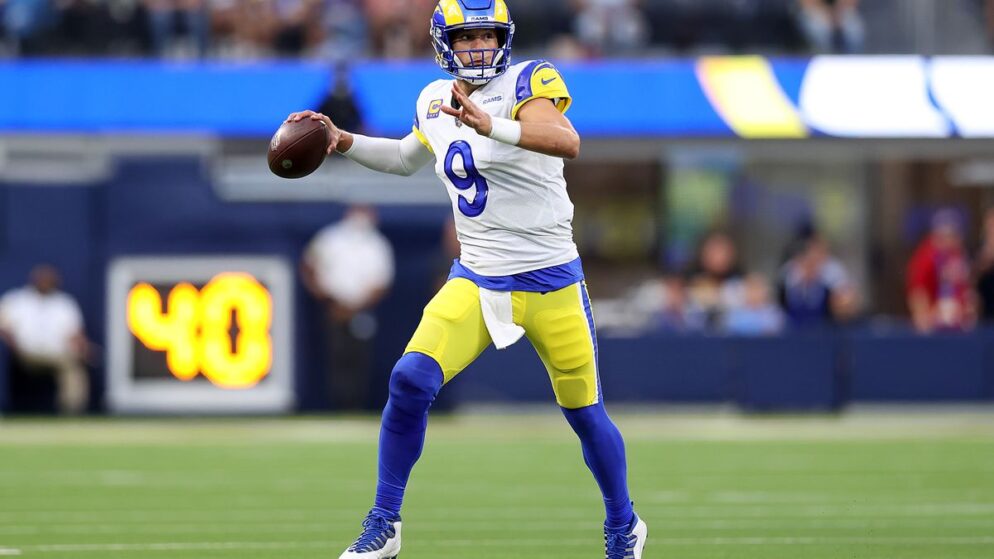 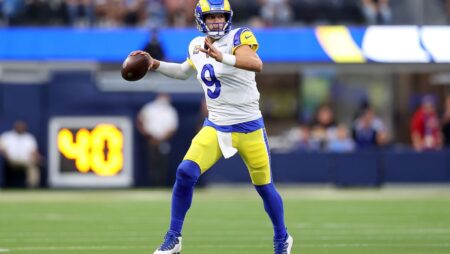 The San Francisco 49ers and Los Angeles Rams will go head-to-head on Sunday.

The 49ers and Rams will square off on Sunday in an NFL affair.

The 49ers have played a decent brand of football this year. However, they have some injury issues that could be problematic on Sunday.

Meanwhile, the Rams have dealt with inconsistency this season.

Their offense has endured its ups and downs, and the defense is looking for better overall results. Nevertheless, Los Angeles is a team with potential.

Kickoff is scheduled for 4:25 PM EST on Sunday, October 30th.

The 49ers have played fairly well as of late. However, their main struggles have stemmed from the offensive side of the ball.

Jimmy Garoppolo is a decent quarterback, but he isn’t someone who’s going to lead you to a win on a consistent basis.

The Niners acquired Christian McCaffrey last week, and that move will prove to be beneficial, considering the fact that Deebo Samuel is injured. It was recently revealed that Samuel will miss week eight against the Rams due to injury.

The Niners have been mediocre against the spread this year. This is a team more than capable of shocking the odds. Their strong defense is their backbone, without question.

And their defense should be able to contain the Rams’ offensive unit. LA hasn’t enjoyed the same success as last year. Players such as Nick Bosa have been crucial for the Niners.

Playing on the road is never an easy task. But the 49ers believe they have what it takes to upset LA.

Their defense will ultimately determine their fate. If they can keep the Rams in check, then San Francisco will get the job done in this affair.

It will be interesting to see how Christian McCaffrey fares in this contest as well. He will be an important piece to the puzzle with Samuel out of the picture.

The Rams are trying to establish a sense of consistency on both sides of the ball.

Defensively they have allowed far too many points in the red zone, and the secondary has faced questions. It goes without saying, but the Niners don’t feature much of a passing attack.

However, the Rams will need to stop the running game. Their ticket to success may be through their ability to contain the San Francisco ground attack.

Los Angeles hasn’t been good against the spread in 2022. But they will have extra motivation in this affair against the rival 49ers.

The Matthew Stafford-Cooper Kupp connection will be a pivotal piece, as always. But LA needs the rushing attack to add some value.

San Francisco will find success if they are able to sit on the pass and not worry about the run.

The Rams will try and get the job done at home against the 49ers in an important game.

How To Bet On: San Francisco 49ers at Los Angeles Rams Betting lines

Which team should you place your money on in this game? Can the Rams earn the win at home, or will the 49ers win on the road?

The odds suggest that the outcome of this game could go either way. LA had a chance to win, but the Niners have just as good of a shot on the road.

People may point to the Deebo Samuel injury as a benefit for the Rams. However, Cam Akers is a question mark for LA as well.

In the end, this projects to be a thrilling matchup. The Rams and 49ers matchups tend to produce an exciting brand of football.

But the Rams have been due all season long for a big performance, and they may finally come through on Sunday.

The Rams should be able to get the job done at home. The 49ers feature upset potential, but LA seems due for a big performance.

With that being said, we should expect a close score in the end. The Rams likely won’t run away with this game.

Go ahead and take the Los Angeles Rams with your NFL betting pick for Sunday.

The Bills are heavy favorites against the Packers on Sunday Night Football. Green Bay has an outside chance of an upset, but the Bills should be able to hold strong and get the win.

Buffalo has been the better team all year long, while the Packers have battled chemistry issues throughout the season.

As a result, the Bills should be able to find a way to win while covering the spread at home against a Packers team that is facing no shortage of question marks.