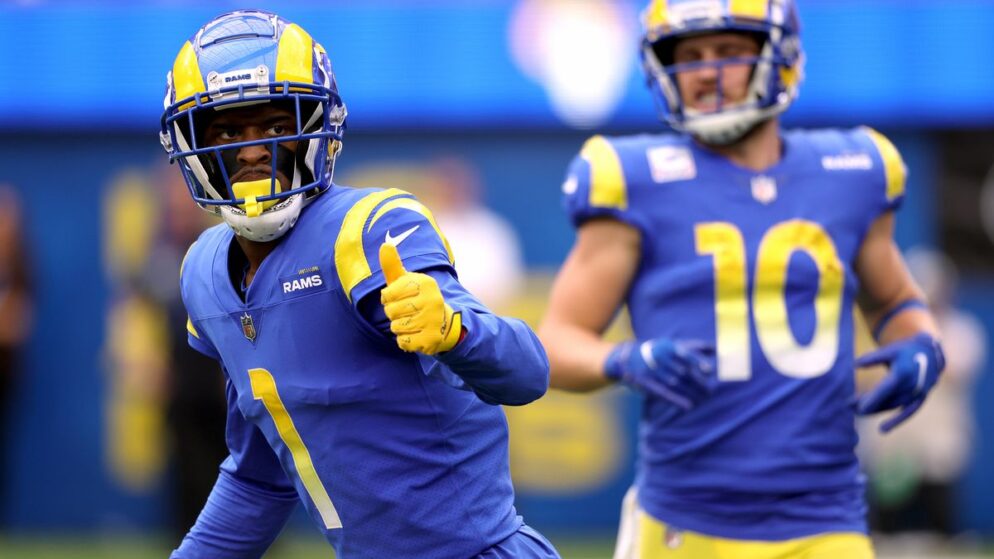 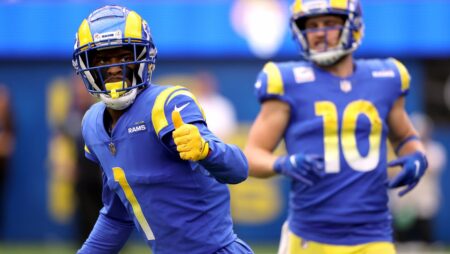 The Rams and Buccaneers have been two of the NFL’s most disappointing teams to open the 2022 season. Both teams entered the year with high expectations, but both have faltered throughout the campaign.

This is a crucial matchup for both teams. The Rams and Bucs both feature the talent to turn things around, but they need to begin winning sooner rather than later. This projects to be a competitive affair.

Kickoff is scheduled for 4:25 PM EST at Raymond James Stadium in Tampa Bay on Sunday, November 6th. Let’s take a look at the odds, trends, and predictions for this Rams-Buccaneers clash.

The Buccaneers enter this game as narrow home favorites. However, this is truly anyone’s game for the taking.

Both Tampa Bay and Los Angeles have veteran talent that will provide them with an opportunity to win. But Los Angeles features upset potential with their strong offense and capable defense.

LA’s offense has struggled at times this year, but it is a unit that can get the job done in any given game.

Meanwhile, the Buccaneers have dealt with their own share of struggles in 20222. But Tampa Bay is also a team with a high upside.

The similarities between these teams are eye-pooping. They both could realistically make deep playoff runs, but are also both under .500 entering Week 9.

How To Bet On: Los Angeles Rams at Tampa Bay Buccaneers Betting lines

Can Los Angeles upset the odds? Will the Buccaneers cover the spread at home? Which team should you place your spread on?

This game projects to be competitive. But does either side have a realistic edge other than a home-field advantage?

However, there is one major difference that we have not discussed yet.

Tampa Bay’s defense will be the key for them winning. But again, LA may be able to take control by setting the tempo.

The Rams and Buccaneers can both win this game. I would be surprised if the score isn’t close at the end.

In the end, I like Los Angeles’ chances of upsetting the spread. The Matthew Stafford-Cooper Kupp is almost unbeatable at times, and LA’s defense should be able to contain Tampa Bay’s inconsistent offense.

The Rams are going to make things difficult on Tampa Bay. The Bucs will utilize their home-field advantage, which will help them stay in the game. And it also would not be shocking to see this contest go into overtime.

But Los Angeles is the pick to click. Go ahead and roll with the Rams on the spread.

The Chiefs will probably win this game. However, the Titans are strong underdog picks, given this large spread. Look for Tennessee to cover the spread on the road despite losing outright.

The Seahawks have displayed the ability to upset the odds this season. Seattle will be up against the wall attempting to cover the spread on the road, but Arizona has been extremely inconsistent this season.

The Cardinals will make this interesting, and the oddsmakers are expecting a competitive matchup given the 1-point spread. In the end, take the Seahawks.

We have taken upset picks for the most part so far. However, the Patriots should be able to take care of business at home against the Colts on Sunday.

Indianapolis is dealing with injuries, and they have labored this season. New England has also endured their share of ups and downs, but the team should be able to cover the spread in this game.