The Dallas Cowboys and Philadelphia Eagles battle on Saturday in the regular-season finale. 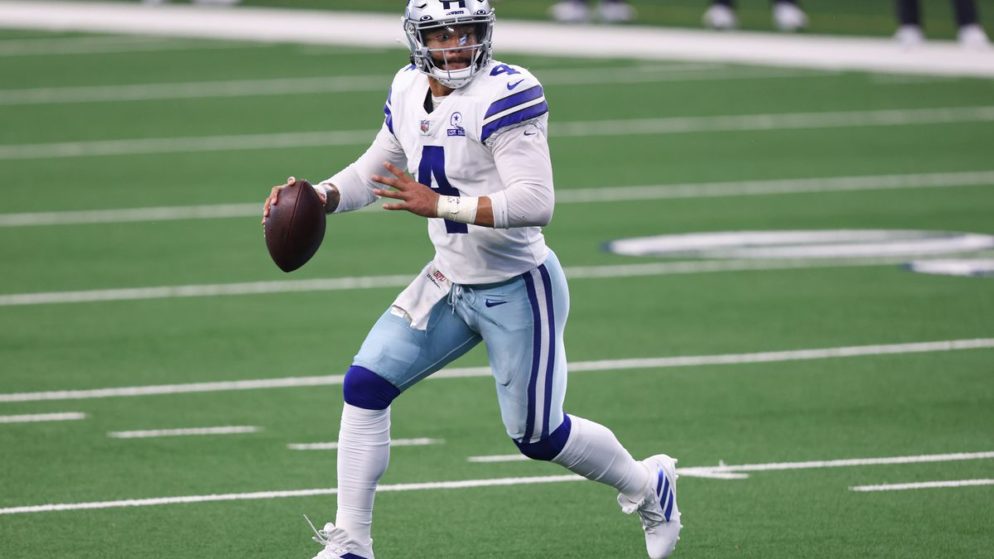 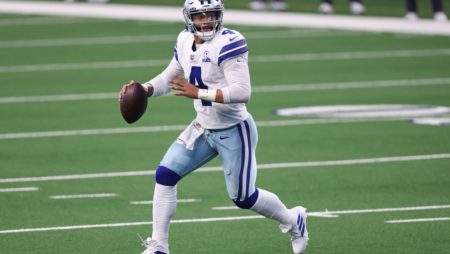 The Dallas Cowboys (11-5) travel to Philadelphia to take on the Eagles (9-7) on Saturday at Lincoln Financial Field. Kickoff is scheduled for 8:15 P.M. EST.

The Cowboys will look to rebound against their NFC East rival following last week’s disappointing 25-22 loss against the Cardinals. But regardless of what happens in this game, Dallas has already clinched the division.

The Eagles have won four games in a row and punched their playoff ticket last week.

Philadelphia is undoubtedly trending in the right direction as the postseason rolls near, and many experts are predicting them to be a dark horse team moving forward.

Let’s take a closer look at this NFC East showdown.

The Eagles and Cowboys matchups always make for entertaining contests. However, there are two main things to consider before placing your bets on this game.

First off, both of these teams have been hit hard by covid as of late. Key players for both teams are expected to be ruled out for the game. And even players who were recently activated may be rested since this game is not crucial for either team.

And that leads us to our next point.

There is a very good chance that both Philadelphia and Dallas will not play their usual starters in this game. It is also possible that the starters play in only the first half of the game. This contest is not completely meaningless, as the result will affect the overall seeding of both teams.

However, the Cowboys already know they have the division locked up, while the Eagles realize the best they can do is a Wild Card spot. So it is not worth the risk of injuring their starters for the playoffs.

With all of that being said, there is a good chance this ends up being a competitive game nonetheless. Even if we see second-stringers playing in the second half, there will likely be fairly even competition on the field.

And bettors should not be hesitant to place their bets on this game. The Eagles will have a solid shot of upsetting the odds at home.

Philadelphia’s backup quarterback is Gardner Minshew. He is easily one of the best backups in the NFL and could be a starter for a number of teams. Minshew threw for over 240 yards on 20-25 passing in a victory earlier this season.

So even if Jalen Hurts ends up being replaced by Minshew on Saturday night, Philadelphia will be in good hands.

Dallas are the favorites on Saturday, without a doubt. However, the Eagles should not be treated lightly.

How To Bet On: Dallas Cowboys at Philadelphia Eagles Betting lines

If there was ever a time for bettors to take a chance on the underdog, it is this game.

Philadelphia has a legitimate backup quarterback who will be able to perform well against Dallas’s second unit.

Is it possible that the Cowboys opt to play their starters for the whole game? Yes. But I would highly doubt that.

Philadelphia has also been the better team as of late, and they have home field advantage.

Expect the Eagles to keep their winning streak alive and emerge victorious at home against the Cowboys.

Even if both teams were playing their starters in this game, I would not be opposed to taking the Eagles. Philadelphia has looked great over the past month, and the Cowboys have some questions that need answering.

Roll with the Eagles on Saturday night.

Take the Philadelphia Eagles -2.5 with your betting selection.

Look for the Chiefs to end the season on a high note against Denver.

Vanderbilt should be able to earn the win in this game.

Look for Wake Forest to pull out the victory late in this contest.

The Wolverines should be able to take care of business against their rival on Saturday.

Take the Stars in this contest.

The Blue Jackets should be in line to cover the spread against New Jersey.

Expect the Knights to emerge victorious in Vegas on Saturday night.

While Detroit could make this matchup competitive, go ahead and roll with Los Angeles in this game.