The BMW Championship was one of the most dramatic events of the season to date and has set up the FedEx Playoffs up for a pulsating finish. Patrick Cantlay won the event last weekend at Caves Valley Club, as he beat Bryson DeChambeau in a dramatic playoff. This weekend, he will be looking to get over the line in the Tour Championship to win the FedEx Cup.

The final event of the FedEx Cup playoffs will take place at East Lake Golf Course in Atlanta, Georgia. It is a stroke play event on the PGA Tour, and a distance of 7,346 yards will be played across by the top 30 players in the current standings. But, which players could be the ones that are in contention to win the Tour Championship this weekend?

World number one, Jon Rahm, is currently the joint-favorite in the betting for the Tour Championship this weekend. Rahm has been in exceptional form throughout the season, as the Spanish star won a major for the first time in his career in the form of the U.S. Open.

His major form continued at The Open, where he finished in a tie for third. In the playoffs so far, he finished third at The Northern Trust but was back in a tie for ninth at the BMW Championship. That leaves him down in fourth heading into the Tour Championship, which meant he dropped from his position of second, which he occupied last weekend.

Patrick Cantlay is also at the top of the betting alongside Jon Rahm, as he holds all the cards coming into the event this weekend. Cantlay’s stunning performance at the BMW Championship means that he is the current leader in the FedEx Cup standings. The American has won more events than any other player in the top 30 this year and has finished in the top ten on six occasions.

However, his lead is a narrow one, as he has just a 738 point advantage from Tony Finau, who was the leader in the standings prior to the action last weekend. Cantlay certainly looks the pick of the two players at the top of the betting.

The most disappointing player at the Caves Valley Golf Club last weekend would have been Bryson DeChambeau, who looked set to get the win before the play in the final round got underway. However, he was made to pay in the playoff, as Cantlay claimed the win by three shots.

DeChambeau still looks primed for a challenge at the FedEx Cup this weekend, as he is third in the standings, having won two events this year. DeChambeau’s second-place finish was also the eighth time this season that he finished in the top ten this term. It would be hard to completely rule out his chances this weekend, but others are preferred.

Tony Finau would be our selection to win the Tour Championship this weekend. Finau needs to make up two shots over the course of the weekend to catch up to Cantlay, which doesn’t look like the most unrealistic target. His form throughout the season has also been very strong.

He is second in the standings at present, having accumulated 3,564 points from the 26 events that he has played. Finau’s only win thus far came at The Northern Trust a couple of weeks ago and was in a tie for 15th at the BMW Championship. At a bigger price, he is certainly one to take a chance on this weekend. 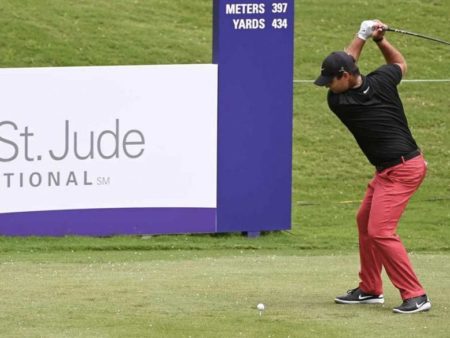