The Edmonton Oilers will head to Philadelphia to take on the Flyers in this cross-conference matchup. The puck drop for this game is scheduled for 7:00 p.m. eastern from the Well Fargo Center.

Edmonton has lost three of their last four and finds itself in fourth place in the Pacific Division. Philadelphia ended a six-game losing streak Sunday when they were able to defeat the Capitals 2-1.

Edmonton took on the Carolina Hurricanes Sunday. Unfortunately, the Oilers were unable to get the offense going.

The Hurricanes were able to score two goals in the first period. Those two goals would go on to be the deciding factor as the Oilers only scored once and lost 1-2.

Offensively, this game was an outlier as they are averaging 3.26 goals per game. This average keeps them in the top 10 in all of the NHL.

Kailer Yamamoto is listed as doubtful for tonight’s game. An upper-body injury on Saturday caused him to miss the game Sunday and does not loo good for him to play again tonight.

Ryan Nugent-Hopkins was also hurt in the game on Saturday. He had acquired 37 points so far this season, which will be tough to make up, especially with a mid-March return date.

When you talk about the Oilers, it is impossible not to talk about Connor McDavid and Leon Draisaitl. These two are at the top of the points for the Oilers as well as in the NHL.

McDavid has finally taken the lead out of the two, getting his point total up to 75. Darisaitl is right behind him with 74, and these two look to go back and forth like that all season.

Mikko Koskinen is the main goaltender for the Oilers. He has a record of 18-8-2 and is giving up 3.15 goals per game.

Philadelphia has to use this win to get back on track. While they were not able to crush a team or bury them, they were able to win, and that’s what matters when you have lost six in a row.

The Flyers were able to get two goals in the first period. While that was all of the scoring from them, Washington only answered with one in the second, and the Flyers would go on to win 2-1.

The offense has been a struggle for the Flyers all season. They are averaging just 2.52 goals per game, which is 29th in the NHL.

Kevin Hayes is still on the injury report for the Flyers. Arguably one of their best offensive skill players, Hayes has spent a majority of the past two seasons injured.

Claude Giroux is the offensive leader for the Flyers. He has a team-high 39 points, scoring 17 goals and assisting on 22 others.

Cam Atkinson caught Giroux during their game Saturday. He was able t add a goal and an assist to tie him at 39 points.

BetUS has the Oilers as the moneyline favorite at -160. They have the odds for the Flyers at +140.

The Oilers’ offensive presence alone should be enough to win this game. Neither team has a very reliable goaltender, which makes over for total goal an option as well.

When making your NHL picks, take the Edmonton Oilers moneyline.

Pick up the best sports betting site, sign up and make your bet on Edmonton Oilers vs Philadelphia Flyers. 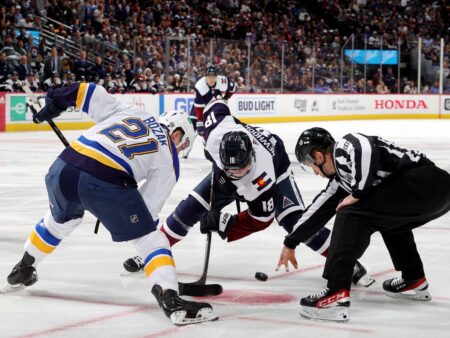 BetNow.eu Sportsbook Review
4.8 rating
Betnow.eu is an online sportsbook and casino. Much like any other online sports betting platform, you can log on and earn money