The Boston Bruins will head down to Florida to take on the Panthers in this Atlantic Division matchup. The puck drop for this game is scheduled for 7:00 p.m. eastern from the FLA Live Arena.

The Bruins come to town on a two-game winning streak after beating the Sharks on Sunday. The Bruins are off to a 3-1 start, with every game finishing in regulation. The Panthers are off to the best start in all of hockey with a 6-0 start. The Panthers won their first game in overtime; since then, they have won every game by two goals or more.

BetUs has the Florida Panthers a slight moneyline favorite at -135. They have the Bruins moneyline at +115.

Over at BetOnline, they have the same favorites with different odds as they have the Panthers at -128. Both sportsbooks have the total goals line at 5½.

Aggressive Hockey for the Bruins

The one thing the Bruins have always been is aggressive. Whether that means they are putting their opponents in the boards with hard checks or getting several shots on the net at all times. The Bruins are averaging 35 shots on goal, which is fifth in the NHL. They are also top 10 in goals per game at 3.5.

Brad Marchand is leading the offense for the Bruins. Marchand has scored four goals and assisted on three others. Right behind him, in points, is David Pastrnak with five points. While the offense is great for the Bruins, they only have nine players who have accumulated double-digit point totals.

What a Start for the Florida Panthers!

The Panthers have been progressively getting better since the 2016 season that saw them finish 35-36-5-6. Since that season, the Panthers have finished above .500 in games finished in regulation. This 6-0 start is mirroring last season’s start to the season when they went 7-0-3 in their first 10. The Panthers were eliminated in the first round of the playoffs last season.

Linus Ullmark is in his first season with the Bruins after playing six seasons as the backup in Buffalo. Ullmark is off to a great start with a 2-0 record; he is giving up just 2.0 goals per game. While Ullmark has split starts with Jeremy Swayman, it would seem likely Ullmark will get the start against a division foe.

Sergei Bobrovsky is off to a perfect 4-0 start for the Panthers. He is giving up 1.99 goals per game in those four starts. The Panthers have also given starts to their second-year goaltender Jeremy Swayman, who is 2-0 and giving up 2.01 goals per game.

This game is the best one on the slate for this evening. Both teams are playing excellent hockey coming into tonight’s game. Both teams were eliminated early in the playoffs last season and are looking to solidify themselves as a factor in 2021.

The swaying factor is going to be the fact that the Panthers are playing on home ice tonight. They are 4-0 at home. The Bruins are only playing their third road game and have a 1-1 record for away games.
When making your NHL picks, take the Florida Panthers -128. 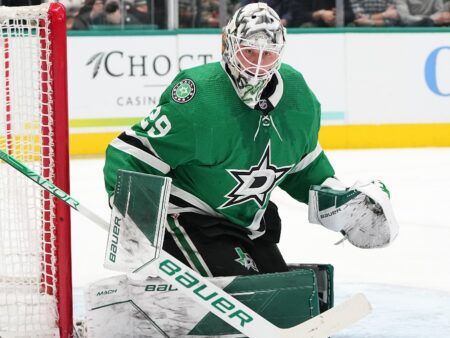