The Boston Celtics and Miami Heat prepare to face off in a Sunday night NBA postseason matchup. 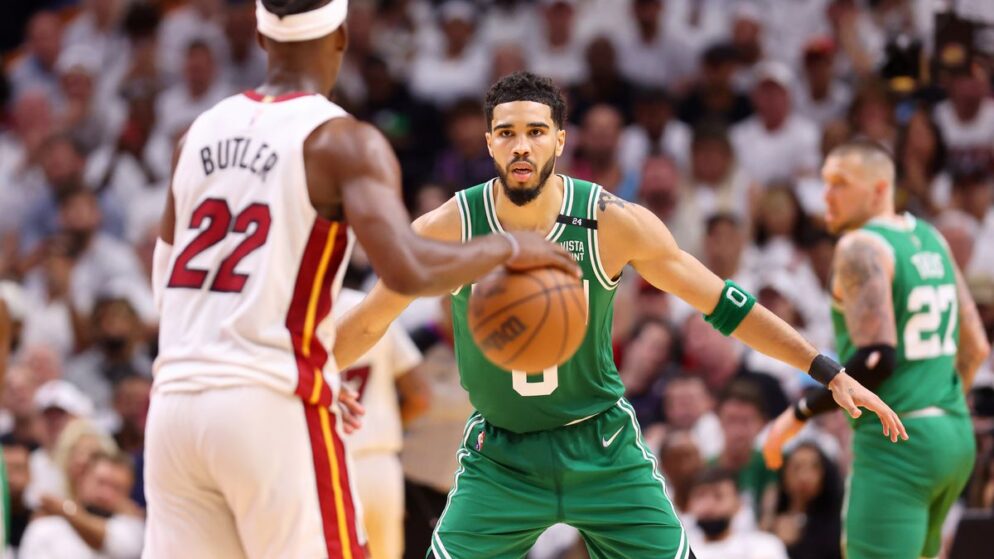 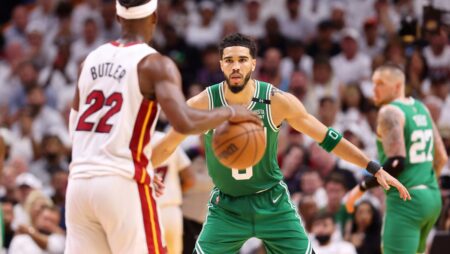 The Best Bets for Sunday, May 29th

The Boston Celtics travel to Miami to take on the Heat for Game 7 of the Western Conference Finals.

With everything on the line, which team will step up and take care of business in this win-or-go-home affair? Both the Celtics and Heat have taken turns posting clutch performances in this series. Both sides will need all hands on deck in Game 7.

The Celtics had an opportunity to clinch at home, but Jimmy Butler led Miami to a big road victory. The Heat will aim for a similar result on Sunday at home. However, the Celtics did win Game 5 in Miami, so they know what it takes to win away from home as well.

All things considered, Game 7 projects to be a thrilling contest between two very talented teams.

The Celtics held Miami to under 85 points in Games 4 and 5, which led to a 3-2 series advantage for Boston. Many felt as if the Heat had given up and Boston was destined to cruise to a Game 6 victory. Instead, Miami defeated the Celtics 111-103 in Boston.

The performance almost caught the Celtics off-guard after Miami played so poorly on offense in Games 4 and 5.

It should be noted that despite surrendering 111 points, the Celtics’ defense did not play terribly. They forced 17 Heat turnovers and caused ten total steals. But Miami simply found the bottom of the net on a far more consistent basis which turned out to be the deciding factor.

Offensively, Boston shot 44 percent from the field and 33 percent from the three-point range. Jayson Tatum led the Celtics with 30 points and nine rebounds. However, Tatum also turned the ball over seven times.

As a team, Boston coughed the ball up 17 times.

Boston likely still has plenty of confidence despite having to play this Game 7 on the road. They already won in Miami and believe they can beat the Heat. But they need to expect another solid offensive showing from the Heat.

And they need to be prepared to contain it.

Game 7 was an unprecedented impressive effort by the Miami Heat. As aforementioned, many people around the league were expecting them to mail it in after back-back 80-point performances.

But they should have known better. A Jimmy Butler-led squad isn’t going to give up.

Butler dropped 47 points in an extremely clutch effort. He added nine rebounds and eight assists to go along with four steals and no turnovers. It truly was the kind of performance with the capability to completely change the dynamic of a series.

Kyle Lowry, who many said the Heat should bench for Game 6 after a couple of very disappointing games, scored 18 points and dished out ten assists.

Lowry looked like a different player. He looked far more comfortable and will be a useful weapon in Game 7 if he can post another quality performance.

Lowry and Tyler Herro are listed as questionable for Game 7. But I would expect them to play, given what’s on the line in this contest.

This is another close spread. Most of the lines have been competitive in this series. And it makes sense.

The Heat and Celtics both have their strengths and weaknesses but match up fairly well on paper. They both feature a couple of star-caliber players to go along with imposing depth. They also both excel on the defensive end of the floor.

Most of the games during the NBA postseason have been fairly underwhelming. There have been a number of lopsided victories which failed to grab the attention of the viewer. But Game 7 is going to be different.

This is going to be a dog fight. Both the Heat and Celtics desperately want to book a Finals date with the Warriors.

So which team should you place your money on?

How To Bet On: Boston Celtics at Miami Heat NBA Betting lines

The Celtics are a 2.5-point favorite on the road. They have been extremely good in that scenario, but the Heat are one of the better underdog teams in the league.

From a betting perspective, the team that covers the spread will win the game unless the Celtics win by two points or less. So bettors would be smart to bet the same team on the moneyline and spread.

So which team should that be?

The Miami Heat make for a tremendous betting selection in this game. Their offense is finally back in rhythm, they are playing at home, and the Heat have momentum. If Kyle Lowry and Tyler Herro suit up, the Heat should be able to get the job done.

Go ahead and roll with the Miami Heat +2.5 on Sunday in this Game 7 NBA contest.

Go ahead and roll the dice with the Mariners on Sunday. Seattle has struggled but makes for a sneak home underdog pick.