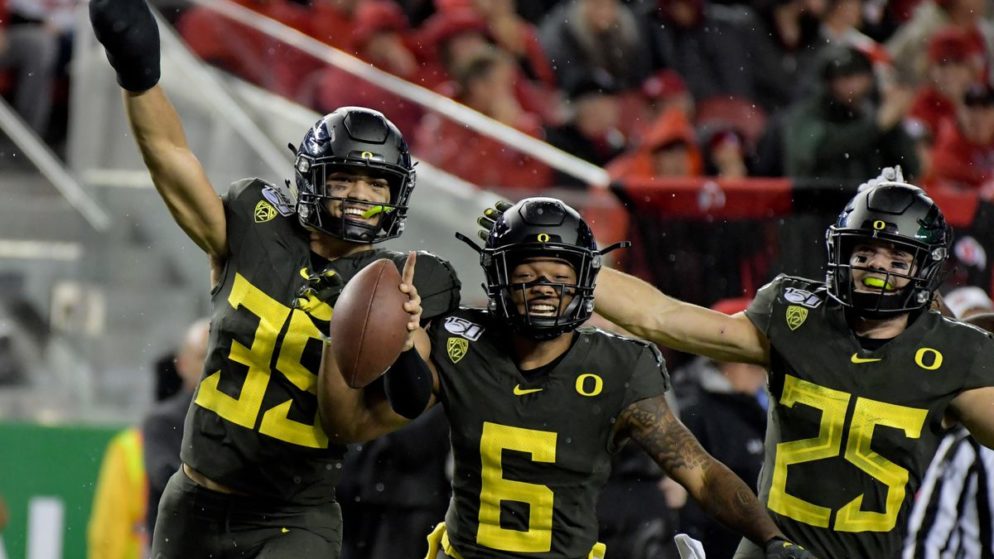 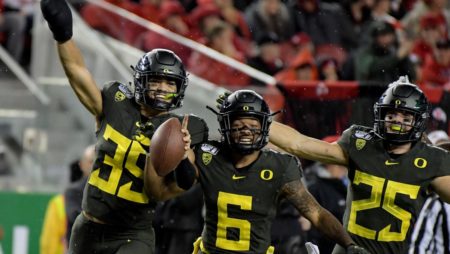 Saturday features a number of good sporting events on the slate, including plenty of college football and some big NBA games. Our main goal is to provide you with the best betting options for Saturday, November 20th. We will take a look at some potential upsets, along with some games where we like the odds.

Highlighting our selections is an intriguing college football matchup and a potentially very exciting NBA game.

Betting Analysis for Ducks at Utes

The Oregon Ducks (9-1) will face off against the Utah Utes (7-3) on Saturday at 7:30 PM EST. The Ducks have posted five consecutive victories, but they will be truly tested in this difficult matchup with Utah.

Expect the Utes to come out strong and do everything they can limit the Oregon offense. Oregon will look to run the ball early and often as they pound the ground game in an effort to wear down the Utah defense. They will also consistently run the ball since Utah does not feature an exceptional rushing defense.

Despite the Ducks’ strong season, Utah is listed as the favorite amongst most sportsbooks. That certainly makes taking Oregon as your betting pick a tempting move. However, is it the correct decision?

Utah has been a force at home, as they have only lost once over their past 18 games on their home field. One interesting trend is that the Utes are 15-1 when playing at home on Saturday. While this may seem like a meaningless statistic, it shows that Utah can handle prime-time action on College Football’s biggest day of the week.

Oregon is 21-4 over their last 25 matchups against Pac-12 opponents. They are 10-2 over the course of their last 12 games. The Ducks have played well but will need to keep it going in this must-win affair.

According to Betonline, the Utes are 3 point favorites for Saturday.

BetUS also has Utah as 3 point favorite in this game.

How To Bet On: Ducks at Utes – Betting lines

I really believe that Oregon is being slept on in this game. Utah is a quality football team, and the home-field advantage will be important. But the Ducks have looked fantastic this season with just the one loss on the year.

The Ducks quarterback is a dual-threat player who can make plays through the air or on the ground, while Oregon also runs the ball fairly well with their tailbacks. This could end up being a shootout of sorts, but Oregon has the tools to upset the odds and prevail.

They also will lay everything on the line since their season is at stake.

Betting Analysis for Grizzlies at Timberwolves

The Timberwolves have upset some strong teams already this season despite their underwhelming 4-7 record. The Grizzlies (6-7) have played a mediocre brand of basketball all season long. Both teams are coming off victories and are looking to catch fire and keep winning in this one.

This game is also important because it is not too late to turn things around for either of these teams. We are still early enough in the season where either team could climb back into the postseason race and make a run as a contender. Both Memphis and Minnesota will do everything in their power to earn victories on Saturday.

The Timberwolves are 6-8-1 ATS this season. They are 3-5 when playing the role of underdog and are favored to lose by one or more points.

Betonline has the Timberwolves as 1.5 point favorites in this game.

BetUS also has Minnesota listed as a 1.5 point favorite on Saturday.

The oddsmakers from plenty of different sportsbooks all have this game coming down to the wire. However, some books favor Minnesota while others do project Memphis to come out on top.

How To Bet On: Grizzlies at Timberwolves – Betting lines

Ja Morant has led Memphis to consecutive victories over their last two games, and the entire team is showing signs of life. The offense is firing on all cylinders as it has produced at least 20 points in both of those games.

Expect the Grizzlies to continue searching for various ways to score in an effort to keep the pressure on the Timberwolves.

Karl-Anthony Towns and D’Angelo Russell have led the Timberwolves over their last two victories, as both players have been outstanding as of late. Minnesota has plenty of tools at their disposal, including a sneaky good defense and long-range shooting ability.

This game is likely to be decided late in the fourth quarter. The Timberwolves are at home and have the star power to overtake Memphis.

Other Games Worth Placing a Bet one