Sporting Kansas City has a golden opportunity to take over first place in the MLS Western Conference on Wednesday night when they take on Austin FC. The two teams have met in Kansas City twice this season with Sporting winning 2-1 in May and settling for a 1-1 draw in early June. However, the expansion club is likely to put up a fight in front of its home fans.

According to BetUS, Sporting Kansas City is only a slight road favorite on Wednesday with a moneyline of +125 compared to Austin’s moneyline of +210. For a draw, the moneyline is set at +250. There is also an over/under of 2.5 total goals being scored in this match.

As mentioned, Sporting Kansas City is in the running for the top seed in the Western Conference, which also comes with a spot in next season’s CONCACAF Champions League. With two games left in the season, the Wizards are tied for second place with the Colorado Rapids at 58 points, just one point behind the Seattle Sounders, who have 59 points. However, Sporting KC has two games left while Seattle and Colorado have just one, putting the Wizards in the driver’s seat if they can win their last two games.

Meanwhile, Austin FC is just trying to avoid finishing last in the Western Conference in the club’s inaugural season. Austin has taken 28 points from 32 matches, putting them two points behind Texas rival Houston and four points behind FC Dallas. With two games left while those other teams have just one, Austin could pass one or both of their in-state foes with wins in their final two games.

For Austin, there has been a little bit of good news at the end of a rough season. Verde has recorded three wins over the club’s last seven matches, which is a significant improvement in form compared to earlier in the summer. However, they have still conceded 12 goals in their last six matches, so mistakes at the back continue to plague Austin.

At the same time, Austin FC still ranks last in MLS in goals scored this year, managing just 32 through 32 matches. Even with better results down the stretch, Verde has still been shut out in three of the team’s last six matches. Outside of Cecillio Dominguez and Diego Fagundez, Austin doesn’t have a lot of players who can be relied upon to produce.

While first place is theirs for the taking, Sporting KC has struggled with form late in the year. The Wizards are coming off a disappointing 2-1 loss to Minnesota over the weekend, giving them two losses in their last four games. To be fair, they have a win over Seattle and a 2-0 victory over the LA Galaxy during that stretch, so it’s not all bad news.

In fact, the Wizards rank second in MLS in goals scored and fourth in assists this season. Daniel Salloi has provided 16 goals and seven assists this year while Johnny Russell has 14 goals and eight assists. Over their last five games, that tandem has combined for nine goals and three assists, so Kansas City’s star players are still producing.

Other than being on the road and having a couple of unfortunate results in recent weeks, everything points to Sporting Kansas City winning this game. While Austin FC can be a tricky opponent, the current betting odds don’t give them a ton of value considering that Verde is still a last-place team. There’s too much at stake for the Wizards to falter, so bet on Sporting KC to get a win on Wednesday. 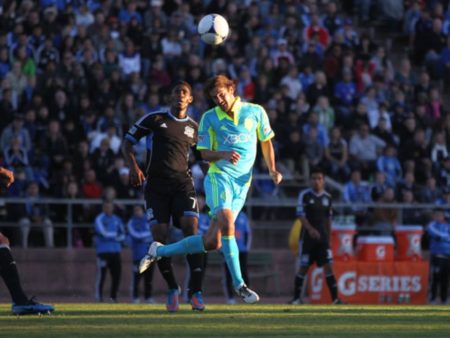