The 3-3 Panthers will try to break out of their rut when they visit the 1-5 Giants in NFL Week 7 action. Carolina has lost three in a row after a hot start, albeit all in one-score losses.

Matt Rhule takes his team on the road against a New York squad that knows a thing or two about defeat, as NYG’s lone win on the season was 27-21 against New Orleans in NFL Week 4. The Giants are very injury-riddled, and they have a slightly better sportsbook value as +3 point underdogs at BetUS compared to +2-½ at BetOnline.

The Panthers are a risky play on Sunday because they have been very turnover-prone lately. QB Sam Darnold rallied the team to force OT in a 34-28 loss to Minnesota last week, but he also threw an INT while Carolina also lost two fumbles.

Darnold has six INTs the last three games and only completed 42% of his passes against the Vikings (17 of 41). The only reason the bookmakers have Carolina as -2.5 to -3 point road favorites is because the Giants are just as bad with Daniel Jones throwing three INTs in a 38-11 loss to the Rams last week.

It’s almost looking like Carolina’s 3-0 start to the season was just a byproduct of playing teams like the Jets and Texans, who have a combined 2-9 record. The Panthers also have a 26-7 win over the Saints mixed in, but that was also in Carolina.

Carolina does have a good chance of getting their defense back on track on Sunday. The Panthers gave up 140 yards rushing to Dalvin Cook last Sunday and allowed another 373 and three TDs to Kirk Cousins. New York ranks 27th in the NFL, scoring just 19.0 ppg.

Who’s In and Who’s Out for New York?

Daniel Jones didn’t do his team any favors last week against the Rams by throwing three INTs and also losing a fumble. That led to the Rams having four TDs in the second quarter alone en route to the dominating 38-11 Los Angeles victory.

One of the big reasons the Giants‘ offense struggled is because they were missing RB Saquon Barkley (ankle) and WR Darius Slayton (knee), while WR Kadarius Toney was injured on the first drive of the game and did not return. If some or all of those players return, would that give the Giants value at +130 in moneyline betting?

Even if New York gets back some of their injured offensive stars for Sunday’s matchup, it still doesn’t fix a defense that is allowing 41ppg over their last two. Matthew Stafford completed 22 of 28 passes with four TDs last week for the Rams, while Dak Prescott had 302 yards and three TDs the game prior in a 44-20 Dallas win over the Giants.

While Carolina’s three consecutive losses have looked close (36-28 at Dallas, 21-18 vs. Philadelphia, 28-34 OT vs. Minnesota), they really haven’t been. The Vikings gave up 11 points in the final five minutes on Sunday, and Dallas was up 36-14 in the 4th. It’s hard to back the betting lines of a team that plays poorly for about 50 of the 60 minutes in a game.

That being said, how can you back the Giants? New York has lost their last two games by a combined 51 points, granted against a couple of good offenses in the Rams and Cowboys. If Carolina can get RB Christian McCaffrey back from his hamstring injury, they should be able to dominate. 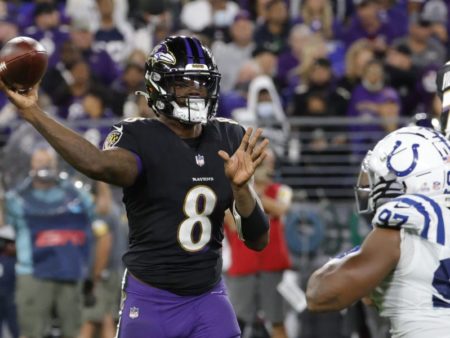