The WNBA season has continued to rage on, with so many great players and teams out there. It’s pretty close at the top, and this should make for an excellent postseason. Viewer numbers have been up all season long, and it’s marvelous to see.

As the regular season winds down, all eyes will be turning towards the postseason. And so, now we take a look at the updated betting odds for the top teams to win this fall’s WNBA championship.

At the top of the list is Connecticut, which has been tough to stop all year. They have gone 24-6, including posting a 13-1 record at Mohegan Sun Arena. They have been so tough to stop anywhere, and if they can secure a home-court advantage through the finals, they may have a serious opportunity.

Jonquel Jones has been leading the pack, with Brianna Jones also providing some tremendous value. The two of them, along with DeWanna Bonner, form an impeccable trio. They do most of the team’s heavy lifting, but so far, so good. And Jonquel has kept her name in the MVP conversation all campaign long.

Her ability to score effectively and fill up the stat sheet has her right in the thick of conversations. And the Sun are very legit. They will not be an easy team to knock out on their home floor.

A lot of future Aces’ success is contingent upon Liz Cambage getting back to full form. She has been out for a lengthy spell on the COVID-19 list, and she has very much been missed. She has a smooth touch from the inside and is a tremendous rim protector.

Cambage is pretty much irreplaceable, and they will not win if she isn’t in top form, health-wise. A’ja Wilson has continued to dominate, averaging nearly 20 and 10 a night. And they have Jackie Young and Kelsey Plum doing plenty of scoring from every inch of the hardwood.

Plum has shown an ability to be a tremendous sixth man in her comeback from an ACL injury. Having her back has made a difference for this team, and she is another critical ingredient to a hopeful championship run. She also won gold with Team USA in the 3×3 in the Olympics.

Coached by WNBA veteran leader Bill Laimbeer, it will be fun to see LV in the playoffs.

Coming off winning their second title in three years, Seattle has continued to stay strong in 2011. They are sitting now at 20-11, with the third-best record in the WNBA. Sure, they could be doing a bit better than they are. But, the two teams ahead of them have played incredible basketball, so they are still in a good spot.

Led again by Breanna Stewart, we’re all reminded of how great she is. In 2018, they won a title. She was out in 2019, and they barely finished over .500, en route to a second-round exit. Upon her return, they mastered the bubble and won the fourth championship in franchise history. She is as versatile as any other player in the league.

Between Stewart, Jewell Loyd, and Sue Bird, they get six threes a night. These players are a big part of what they can do. And when push comes to shove, Seattle has the ultimate veteran in Bird. Over 40 years of age, and she’s still out there playing at a high level.

Make sure to keep tabs on Seattle. They may well win the title and add a third in four years to their collection. 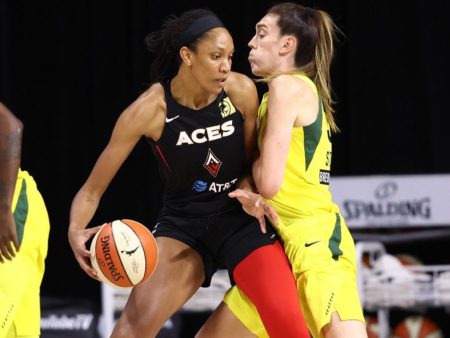