NBA free agency has been buzzing, and that hasn’t stopped yet as we continue to get more and more contract signings and extensions.

Most recently, Kevin Durant signed an extension to stay in Brooklyn for 4 years, $198 million in one of the biggest deals in NBA history. We all know that salary caps and elite player contracts have continued to rise in value over time, but that doesn’t make these contracts any less impressive.

Durant will have a couple of new faces on the Nets when he returns from Tokyo to compete with his NBA championship favorite squad.

Durant should have the help of Kyrie Irving and James Harden, two players that struggled with injuries throughout the end of the regular season and the playoffs.

That alone makes them a championship contender, but NBA vets like James Johnson and Patty Mills jumping onboard make this team even scarier in a playoff run. The Nets did lose out on Spencer Dinwiddie, Landry Shamet, and Jeff Green recently, but those players are no surprise and shouldn’t have an impact on the core roster outside of Dinwiddie, who we never really thought would play with the Big 3 once they formed. Keep on reading NBA Stars Sign Huge Deals.

Kawhi Leonard will return to the Clippers, as expected, but the terms of the deal have not been released. This is a sigh of relief for Clippers fans; even if the opt-out was more of a formality, it is never comfortable not having that star locked up. We all have heard stories about the flop-flop nature of NBA free agency at times and the pressure put upon these players to make decisions quickly.

Joining Kawhi and Paul George is Justice Winslow and returning point guard Reggie Jackson, both of whom are looking to show out with Kawhi likely out a while with the knee injury that kept him out of the Clippers’ playoff run.

Winslow is an interesting player that has dealt with a bevy of injuries, but he has the ability to play a similar role to Kawhi without the raw scoring prowess that Kawhi has. This is a test run for Winslow, a former top pick and productive NBA player, and I imagine he sees a real role for himself on a playoff team early next season.

Steph Curry signed a max extension for the second time and has now landed the biggest deal in NBA history at 4 years, $204 million. Steph was seen as a player in a strange spot entering last year without Klay Thompson, on a lottery team, and coming off of a season where he barely played, but Steph showed why he was a 2-time MVP and was probably a Jokic injury away from making a real case. He was remarkable last season, and clearly, the Warriors are comfortable paying their guy what he has earned for the franchise.

Josh Allen had been looking into an extension for a while now, and it finally got done before their agreement to stop negotiating throughout the season. Allen was clear that he wanted to stay in Buffalo, and that is great for the city itself.

Allen wasn’t a superstar from the jump, but he has blossomed in the cold winters of Buffalo and become the figurehead of the city. While being a small-market team, the Bills had to always have a bit of concern surrounding their long-term future with Allen. All of that concern was put to rest today.

Allen signed a contract worth up to $258 million over 6 years with a guaranteed $150 million. This makes him the second-highest-paid QB in football per season, only behind half a billion-dollar man Patrick Mahomes. Allen’s deal getting done now means that there should be no in-season distractions for the young signal-caller, which is only more reason to have confidence in the Bills this season. 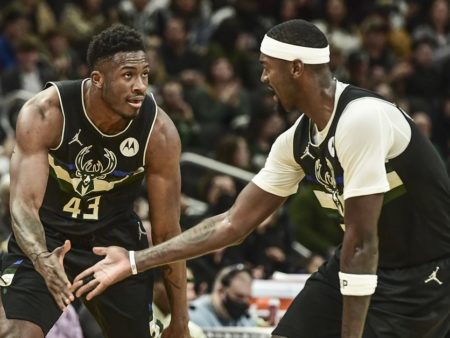