Suns Aim to Keep Winning as they Hit the Road

The Phoenix Suns (7-3) will travel to Memphis to battle the Grizzlies (6-5) in a Western Conference matchup on Friday at 8 P.M EST. The Suns enter this game red hot after winning six in a row following Wednesday’s victory over the Trailblazers at home. The Grizzlies have been fairly mediocre so far in 2021, and they are coming off of a loss to the Charlotte Hornets at home.

Memphis is looking to close out their three-game homestand on a high note, while Phoenix hopes to jumpstart their three-game road trip with a win. The Suns have earned victories in three of their last six games in Memphis.

BETTING ANALYSIS for Suns at Grizzlies

The Suns have bounced back nicely after a rocky opening to the season by winning six in a row. However, most of those games did come home, so it will be interesting to see how they perform during this upcoming three-game road trip.

Chris Paul and Devin Booker have stepped up and led the team, with DeAndre Ayton sidelined with an injury during this winning streak.

Booker is averaging around 23 points during the Sun’s hot stretch and 22.6 points per game on the season, along with over six rebounds and five assists per contest as well.

Meanwhile, CP3 has been his usual self at point guard. The legendary guard is leading the league with 10.9 assists per game and posting 14 points per game.

JaVale McGee and Frank Kaminsky have stepped up as of late. McGee averages over 10 points and six rebounds during the win streak, while Kaminsky just dropped a season-high 31 points in the win against Portland. The two bigs have done a tremendous job of making up for the absence of Ayton.

The Suns are a solid defensive team, but their balanced offense has carried them as of late. They will look to keep the good times rolling Friday night in Memphis.

In addition to Ayton being ruled out for this game, Landry Shamet is also expected to miss the contest due to a foot injury.

The Grizzlies are having an odd season. They have a potential MVP candidate in Ja Morant, and they have defeated powerhouses such as Denver and Golden State. Yet, they have also lost games to underwhelming teams and are just one game above .500 coming into Friday’s action.

They have been the definition of inconsistent so far in 2021.

Morant has been terrific, as the 22-year-old point guard is averaging 26.5 points per game and 7.3 assists per game to open the campaign. Even in the loss to the Hornets, Morant was still able to drop 32 points. One has to figure he is on the Fastrack to the all-star game and is establishing himself as one of the best players in the league.

The Achilles heel for the Grizzlies has been their defense. The Grizzlies have allowed over 114 points per game this season, ranking second to last in the entire NBA. Memphis will need to clean up their efforts on the defensive end if they have real aspirations about competing in the West.

Dillion Brooks is expected to miss the game as Memphis looks to ease him back into the rotation following injury. Steven Adams is listed as questionable heading into Friday’s affair.

Phoenix is 5-0 ATS in their last five games. The Suns are also 5-0 in their previous five matchups, where they could score 100 points or more. This comes as no surprise, given their powerful offense.

The Grizzlies are good after a loss. They are 4-0 ATS following an ATS loss.

Memphis is good at bouncing back after losing games, while Phoenix has been unstoppable over the last week. This figures to be a quality basketball game on Friday night.

Betsodds has Memphis as a 1.5 point favorite in this one.

Betonline, Bovada, and BetUS have yet to release their odds for this game.

The oddsmakers seem to believe in the Grizzlies’ ability to come back strong following a loss. Also, they are taking into account the home-court advantage aspect as well. Memphis is 6-3 on their home floor so far this year.

HOW TO BET ON: PHOENIX SUNS at MEMPHIS GRIZZLIES – BETTING LINES

The Suns and Grizzlies are separated by just a couple of games in the West. There is an excellent chance this affair gets decided late in the fourth quarter. The Suns have been balling out lately, but Memphis has remained afloat and has played well against good teams.

Despite the odds, I like the Suns in this matchup. The Grizzlies allow a lot of points, and Phoenix scores a lot of points. The Suns will have an opportunity to earn the victory.

Expect the Suns to upset the odds. Devin Booker has looked sharp, and even if he isn’t at the top of his game, plenty of other scoring options have emerged on this deep Suns roster. Chris Paul is always instrumental in giving teammates open looks and orchestrating the offense as well.

The Suns’ defense is good enough to limit the Grizzlies just enough. Take the Suns at -1.5.

Pick up the best sports betting site, sign up and make your bet on the Suns vs the Grizzlies. 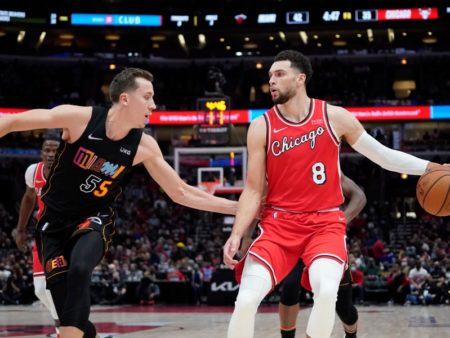