The Ducks shot out of a cannon to start the college football season with their win at Ohio State in Week 2, but the landing from their launch has proven to be painful. Injuries are plaguing Mario Cristobal’s team as they hang on for dear life to the Pac 12’s best hope for a playoff team in 2021. Chip Kelly’s squad had a similar start beating LSU in Week 1, but that win seems to be becoming less and less impactful as the weeks go on.

Unfortunately for the west coast teams, the cannibalization of the Pac 12 is rearing its head again this season, and UCLA may put the final nail in the playoff coffin before Halloween weekend.

The Ducks were cruising after their win over the Buckeyes, scoring over 40 points in their next two games, but Stanford came to Eugene to play spoiler just two weeks ago. In a controversial ending, the Cardinal came back to tie the game in regulation after a questionable pass interference call and eventually won in overtime. To add injury to insult, Oregon lost star running back CJ Verdell for the season with a torn ACL.

A week later, the Ducks needed a game-winning drive late in the fourth quarter to get past Cal in a 24-17 victory, hardly a convincing win. Overall the team has struggled to find its offensive rhythm with the loss of Verdell and will have to lean more on senior quarterback Anthony Brown to produce in the passing game and with his legs.

Defensively the Ducks lost star sophomore linebacker Justin Flowe early in the season, but the possible number one pick Kayvon Thibodeaux is still striking fear in opposing offenses. His stats may not pop at the end of the day, but his presence makes it possible for his teammates like Noah Sewell to find their way to the ball and make plays.

Despite the top ten ranking and the impressive win at Ohio State, Oregon is only 1-5 against the spread on the season, with the lone cover being an outright win in Columbus. The Ducks have played to the under in their total points betting line in four of their six games.

The hype in Los Angeles started to build when the Bruins knocked off LSU and dominated the Tigers in the trenches and on the ground. Chip Kelly had his first two non-conference wins since taking over at UCLA and had the Bruins feeling like they were contenders in the Pac 12. Then a home loss to Fresno State brought UCLA back down to earth.

Quarterback Dorian Thompson-Robinson has been fantastic for the Bruins this season as he leads the Pac 12 in quarterback rating with 13 touchdowns and only two interceptions on the year. He’s gotten plenty of help from his backfield running mates, as well as Zach Charbonnet ranks first in the conference in rushing yards while Brittain Brooks is just behind him at fifth on the list.

The problems have come on the defensive side of the ball. The team that dominated Hawaii and LSU in the trenches has still shown up when stopping the run, as the Bruins rank number one in the conference in rushing yards allowed. But the back end of the defense has struggled in a major way, ranking dead last.

UCLA sits at 5-2 against the spread with two outright wins as underdogs and two losses as the favored team.

BetOnline and BetUS have the line set for this game at -2.5, favoring the Bruins at home with a total points betting line of 60.5.

This game likely comes down to Anthony Brown’s ability to make plays in the passing game. If the Ducks can’t attack UCLA’s weak secondary, they could have a hard time scoring points to keep up with the Bruins. Take the home team laying 2.5 and look for the over total points to hit as well. 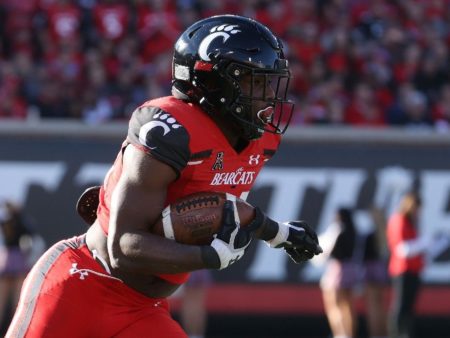 BetNow.eu
4.3 rating
Betnow.eu is an online sportsbook and casino. Much like any other online sports betting platform, you can log on and earn money
Sports Betting News
Colorado Avalanche at Dallas Stars NHL Betting Analysis, Picks
13 hours ago